Athlete’s Foot! NRL star Nathan Cleary enjoys romantic dinner date with glamorous Pilates instructor Tèah Foot who he has been dating ‘on and off’

NRL superstar Nathan Cleary is on the rebound after being sidelined for five matches last week.

The pair have reportedly seeing each other ‘on and off’ for a few months. 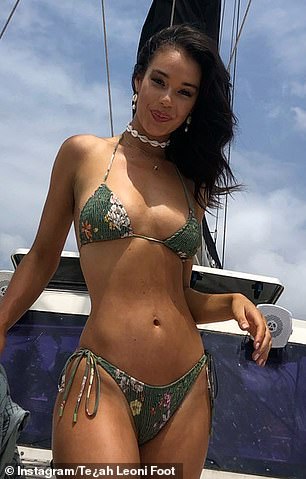 According to the Daily Telegraph, the duo shared a simple meal and washed it down with a bottle of table water.

Cleary was engrossed with the Bondi-based beauty’s conversation and was seen leaning in closer to talk to her.

He kept it casual for their dinner date, sporting a black hoodie and bright pink shorts while Tèah donned a stylish tan overcoat.

Foot works for Peaches Pilates studio in Bondi and lives in an apartment nearby where she often poses for racy pictures which appear on her Instagram account. 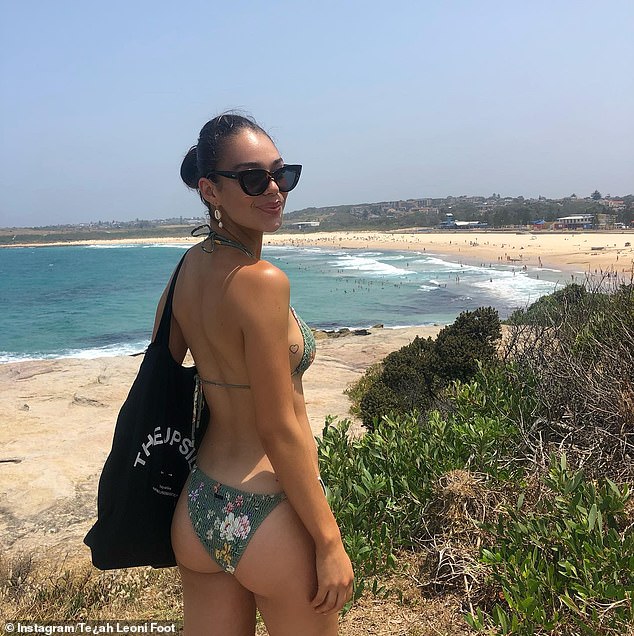 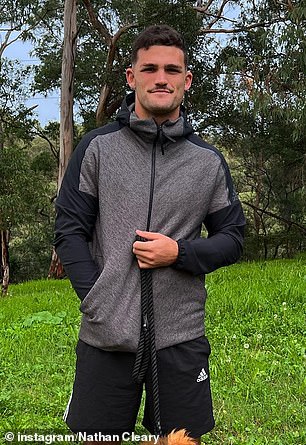 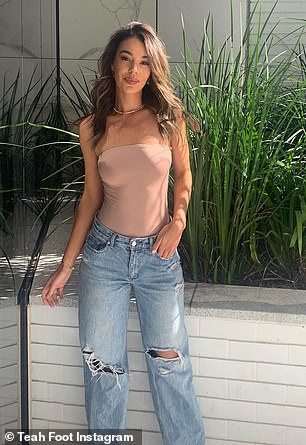 Cleary’s fun night out is a welcome change from the challenges he faced on the pitch last Friday.

The Panthers halfback was given his marching orders by referee Todd Smith for a shocking tackle that saw Parramatta Eels’ Dylan Brown tipped on his head inside the opening 20 minutes.

In the incident, Brown had almost come to a standstill and Cleary soon lost control of the tackle, lifting Brown over his horizontal and dumping him into the turf.

The Eels star escaped the sickening collision without anything more than a scare, before gingerly getting back to his feet and Cleary looked visibly worried as Smith summoned him for a brief chat and the referee wasted no time sending him off. 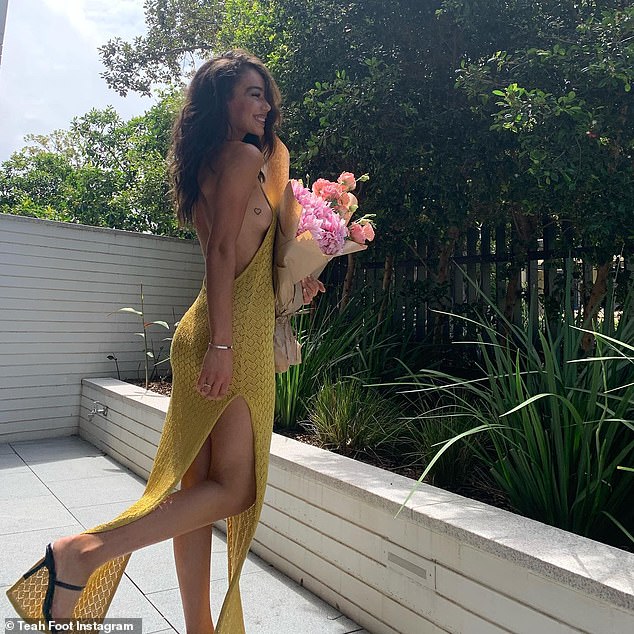 ‘Hands in between the legs and you’ve driven him into the ground. You’re off,’ Smith said as Cleary became the first Penrith player since Travis Burns in 2012 to be sent off in an NRL premiership game.

Cleary later apologised to Panthers fans on Instagram, stating he was ‘filthy for such a dumb mistake that let the boys down. I’m not about that, it was terrible technique and I need to be better.’ 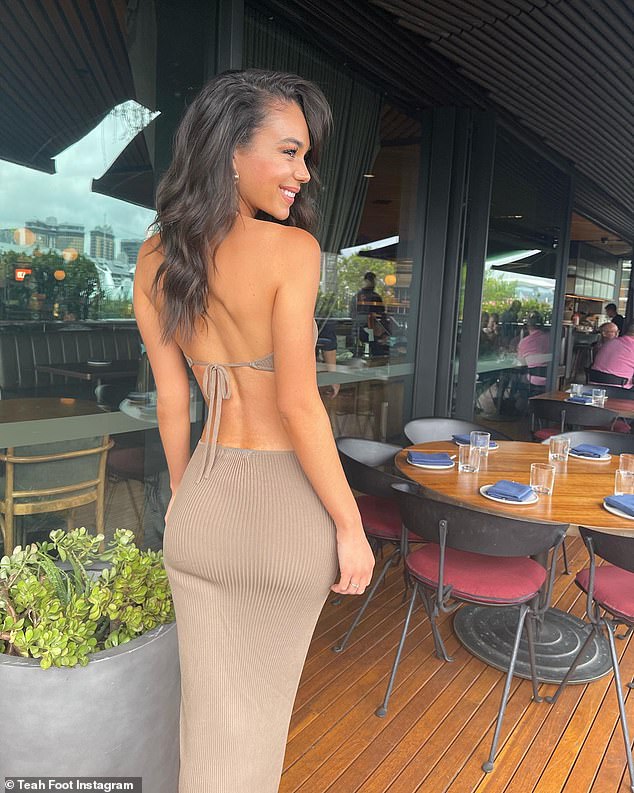 Tèah looked chic for their dinner at Spicy Thai in Coogee