NRL star unleashed a six-punch attack on pub security guard who was trying to help the drunk South Sydney great get home at 5.30am – as he learns his fate in court

Rabbitohs icon Nathan Merritt has pleaded guilty to common assault after repeatedly punching a pub security guard who was trying to help him get home after a drinking session.

Court documents showed the 39-year-old was drinking in the gaming room of the Earlwood Hotel in Sydney’s inner south on September 25 when security guard Tandeep Singh saw he was drunk at around 2am and told staff to stop serving him.

Merritt left but returned at around 5.30am and asked Singh to call his father so he could pick him up. When the call went unanswered, the guard arranged for a taxi.

When Singh told him the pub was about to close, the former Rabbitohs winger confronted the guard and struck him in the head with his right fist, according to agreed facts of the incident.

Merritt (pictured during his time with Souths) repeatedly punched the guard while he was drunk. His lawyer told the court it was ‘pure luck’ nobody was seriously hurt in the attack 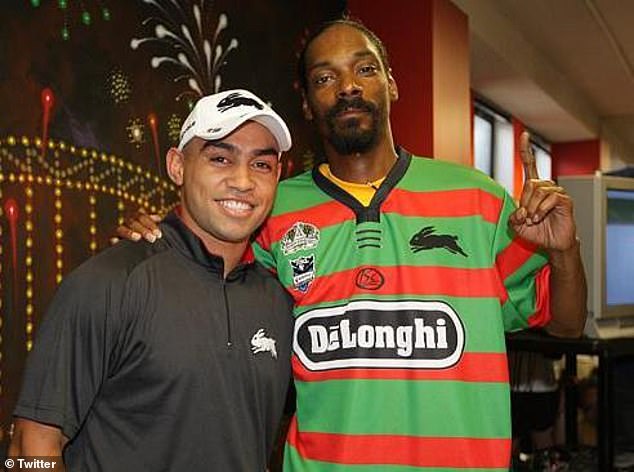 A firm favourite with Bunnies fans, the 39-year-old was one of the best attacking players in the NRL – and even won praise from rapper Snoop Dogg when he visited Australia (pictured)

The attack continued and Singh suffered ‘immediate pain’ and was ‘punched in the head about six times over a 30-second period’, the agreed facts state.

Merritt left when another pub staffer intervened and was arrested and charged when he attended Burwood police station later that afternoon.

On Monday, his lawyer told the Burwood Local Court it was ‘pure luck’ nobody was seriously injured in the assault and revealed Merritt – who the court was told suffered depression after retiring from football – was so intoxicated he only has vague memories of the attack.

Magistrate Richard Funston took into account Merritt’s work with the Indigenous community but noted, ‘This assault was a nasty one, this person was doing his job.’ 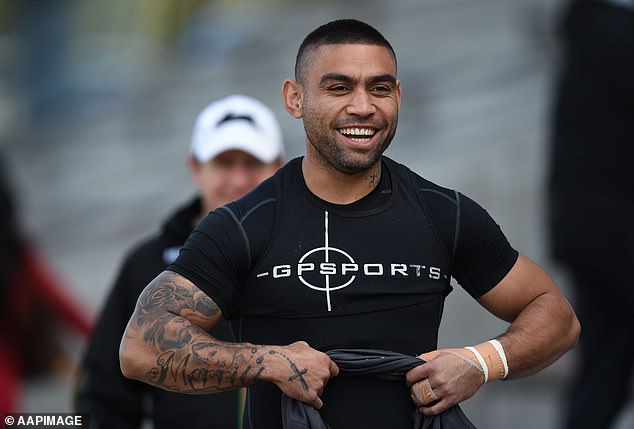 The ex-Rabbitoh was given a 24-month conditional release order under which he must continue alcohol counselling and see a psychologist.

Merritt is behind only Alex Johnston on the list of all-time try scorers for South Sydney, crossing the line 146 times in his 218 games for the club.

He played one State of Origin game for NSW, represented the Indigenous All Stars three times, had two matches for the Prime Minister’s XIII and is a firm favourite among Souths fans as a local junior from Redfern who excelled on the field during some difficult times for the club.