NRL star Shaun Lane faces a $20,000 fine after photos leaked of him with a small bag of white powder

Towering NRL star Shaun Lane faces a $20,000 fine after photos were leaked of him with a small bag of white powder

An NRL player in the midst of a fresh scandal faces a huge fine for photos released of him holding a small bag containing white powder.

Parramatta Eels forward Shaun Lane faces a $20,000 fine for the alleged breach of the NRL code of conduct after images taken during Mad Monday celebrations in Sydney in 2018 leaked online.

In the pictures Lane is seen holding a small bag up to the camera before putting something into his mouth.

Parramatta Eels forward Shaun Lane (pictured) faces a $20,000 fine for an alleged breach of the code of conduct after the images taken during Mad Monday celebrations in Sydney in 2018 leaked online

The Daily Telegraph reported sanctions from both the NRL and the Parramatta Eels could be as high as $20,000 but the hulking forward will avoid suspension.

The photos were taken during the Manly Warringah Sea Eagles’ Mad Monday harbour cruise in Sydney in September, 2018, two months before he joined the Eels.

The NRL integrity unit is believed to be investigating the two images.

‘The integrity unit has been asked to investigate photographs which allegedly feature a Parramatta Eels player,’ an NRL spokesperson said.

‘The Parramatta Club is cooperating with the Integrity Unit.’

The 24-year-old had posted a separate number of photos on social media from the same celebrations, which included him dressing up as Forrest Gump.

‘Mumma always said mad Monday was like a box of chocolates… never know what you’re gunna get,’ Lane wrote in a caption on his Instagram account.

The Parramatta Eels club released a statement shortly after Lane contacted them to let them know the images had been leaked. 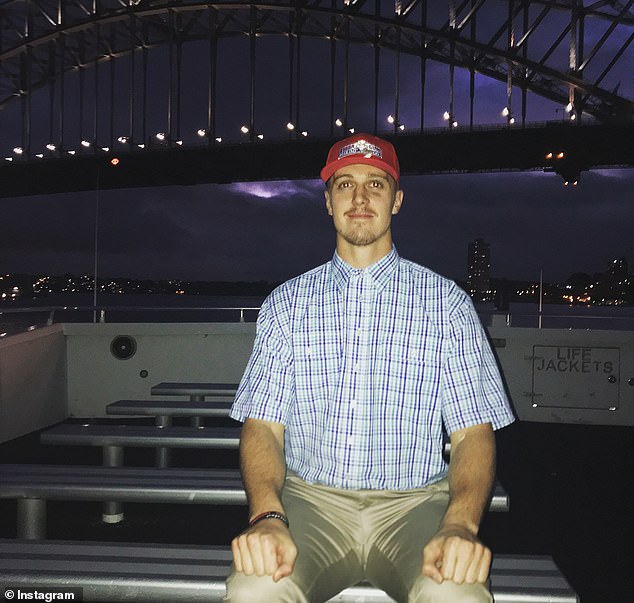 ‘These photos may have been taken before his time at the Club,’ the statement read.

‘The club has begun an internal investigation and will work with the NRL integrity unit on the appropriate next steps.

‘We will be making no further comment until the investigation has been completed.’

‘I’m sure it’ll probably hit him but he will have the support avenues there to look after him and make sure he’s OK,’ Gutherson told The Daily Telegraph.

‘We’ll support him as a mate and look after him.’

Lane was named in the Eels squad for their Friday clash with the Gold Coast Titans. 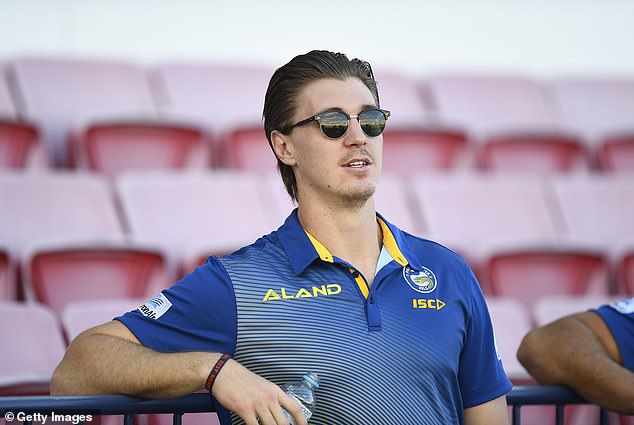