NRL star Tim Lafai has been hit with an apprehended violence order after allegedly punching several walls in his home following an argument with his wife.

Police were called to the St George Illawarra Dragons centre’s home south of Wollongong on Good Friday following reports from neighbours about ‘loud noises’ coming from the home.

Police will allege when officers arrived around 1pm, Lafai’s wife Jacqui told them the pair had a verbal disagreement over him wanting to train in his home gym with a friend rather than spend time with his children, The Sunday Telegraph reported.

There’s no suggestion Lafai was physically violent towards his family and no charges have been laid.

Dragons star Tim Lafai has been issued with apprehended violence order followed a a verbal argument with his wife Jacqui (pictured together) on Friday. No charges have been laid.

Police also allegedly spoke to Lafai, who told them he was going downstairs to ‘release some frustration’, the publication reported.

Police returned to the home a hour later following reports Lafai was allegedly ‘smashing up his house and being aggressive.’

He was found on the back verandah with red marks on his forehead and his knuckles covered in blood. 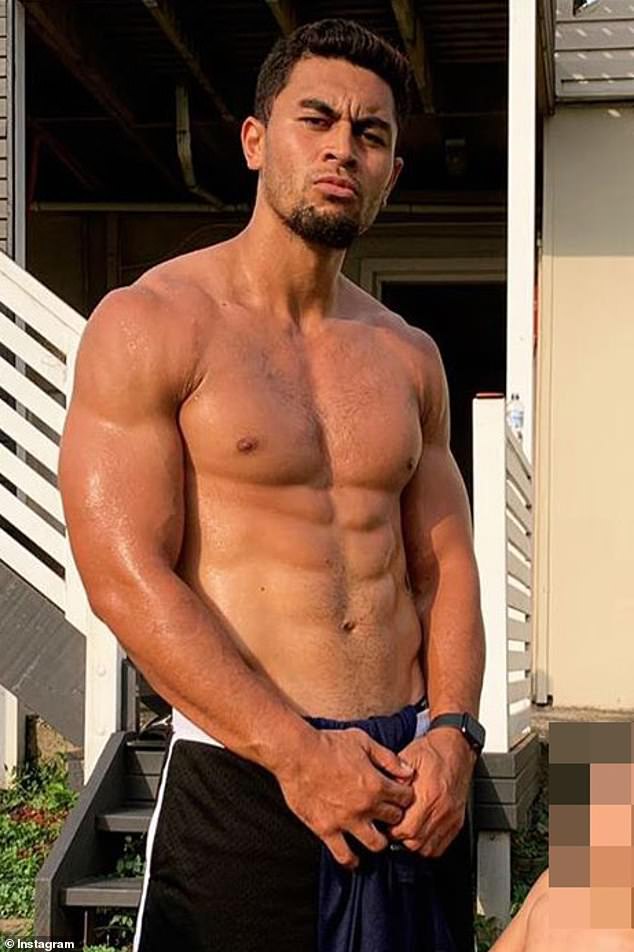 ‘Officers from the Lake Illawarra command were called to a home in Warrawong following a concern of welfare report,’ a NSW Police spokeswoman told Daily Mail Australia.

‘A 28-year-old man was located lying in the backyard of the home and was taken to Wollongong Hospital for treatment for a hand injury.’

‘Police were told the man had allegedly become aggressive after a domestic-related argument with a 27-year-old woman in the home, before he allegedly punched a number of walls throughout the house.’

Lafai was issued with an apprehended violence order after he was later discharged from hospital. 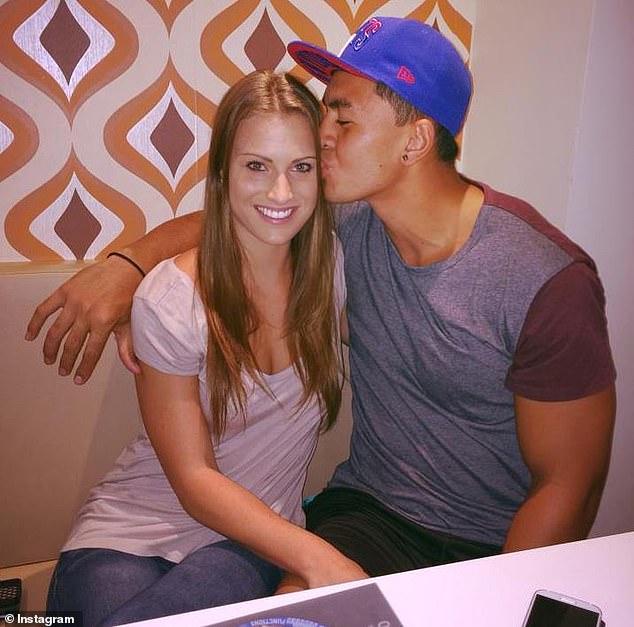 Police investigations into the alleged incident are continuing. Pictured is Lafai with his wife

Police inquiries into the incident are continuing.

The Dragons confirmed the NRL integrity unit had been made aware of the incident.

‘St George Illawarra are aware of a police matter involving Dragons centre Tim Lafai,’ the club said in a statement.

‘The NRL integrity unit have been informed. As this is a deeply personal and private matter, at this stage the Dragons will be making no further comment.’

This is the Samoan international’s sixth season with Dragons after leaving  the Canterbury Bulldogs at the end of 2015. 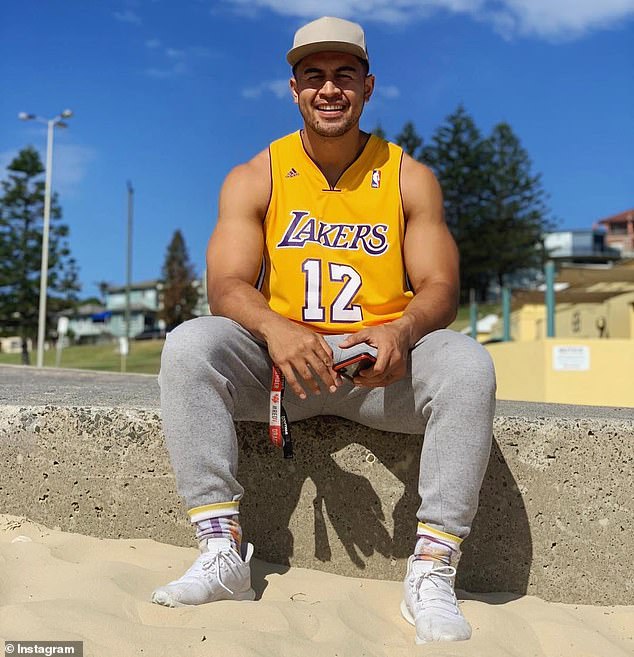