A hang-glider has avoided serious injury after crashing near a popular lookout spot on the NSW Central Coast.

Emergency crews were deployed to the picturesque Crackneck Point at Forresters Beach following reports of a hang-glider in difficulty.

Lifesavers were able to locate the male pilot who sustained minor injuries and was assessed by paramedics on the scene.

One local said they saw ‘police, intensive care ambulances and paramedics’ at the popular lookout spot on Wednesday afternoon (pictured)

A NSW Ambulance spokesman said five crews, including the Toll Ambulance Rescue Helicopter, was sent to Hilltop Street at Bateau Bay at about 1:20pm on Wednesday.

The spokesman confirmed the man was not transported to hospital and said his parachute was later located on the waterline at Forresters Beach.

In February 2020, a paraglider fractured his spine after a sudden change in wind slammed him into a cliff face in Bateau Bay.

The man narrowly avoided needing any surgery for his injuries, which include a fractured spine and damaged sacrum. 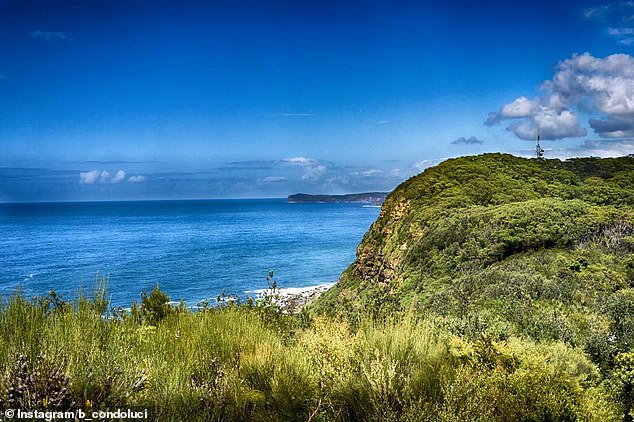