Hundreds of COVID-19 enforcers have been given the power to shut down pubs and restaurants and hand out $5,000 fines if they breach restrictions.

Hospitality venues in New South Wales were hit with a new range of restrictions on Friday, including mandatory sign-ins and prepared COVID-safe plans.

Uniformed and undercover inspectors and officers will be out in full force to monitor compliance and hand out three strikes to businesses that breach the restrictions. 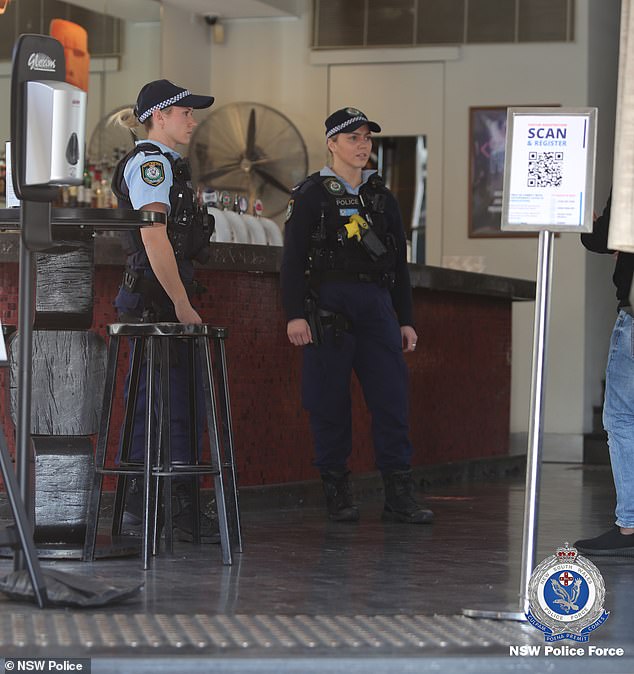 ‘We want businesses to stay open so it’s not dry July, but it needs to be comply July,’ NSW Customer Service Minister Victor Dominello said.

The Daily Telegraph reported the first strike includes a $5,000 fine for businesses that break the rules.

The second strike will lead to the closure of the venue for one week, while the third strike means businesses will have to close their doors for one month.

Caps on private indoor and outdoor gatherings remain at 20, but weddings and corporate events are now capped at 150, and funerals and religious gatherings at 100. 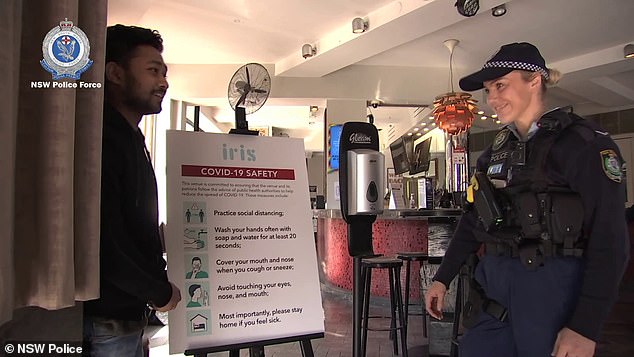 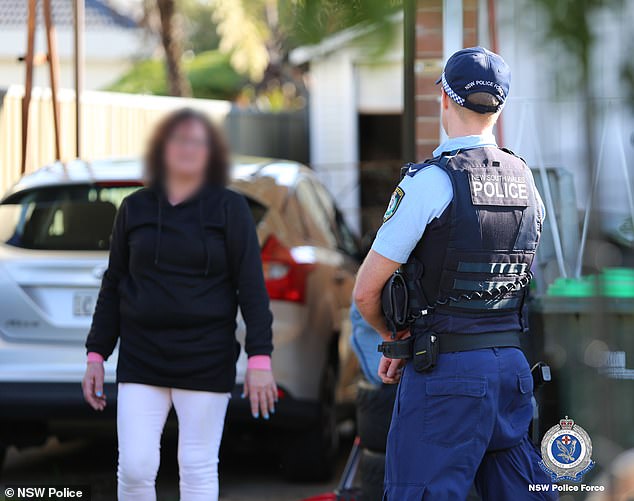 A cap of 300 people in any venue and maximum group bookings of 10 have also been brought in.

Authorities have said hospitality venues in particular would risk greater transmission of coronavirus because of alcohol and late trading hours.

NSW Liquor and Gaming have carried out 1,311 inspections across 938 venues since June 5.

They have given 79 verbal warnings, two written warnings and three penalty infringements.

Sydney’s Star Casino, Golden Sheaf Hotel and Auburn Hotel have each been issued with $5,000 fines.

Elsewhere in the state, Lake Jindabyne Hotel and Armidale’s Imperial Hotel have also been hit with a fine.

Up to 100 people who attended a dance party on Friday night in a national park near Thredbo are also set to be hit with fines.

‘Every single person that has been identified will be fined. A significant number were detained,’ NSW assistant commissioner Scott White said.

Two house parties with more than 20 guests also drew the attention of NSW police on Friday night, with the attendees set to be fined.

Mr Dominello said the measures were put in place as a trade-off to closing businesses and shutting down the state economy.

‘Businesses must be part of the solution if they want to stay open and look after their communities.’

He said about 31,000 businesses have so far registered their COVID-safe plans with the government. 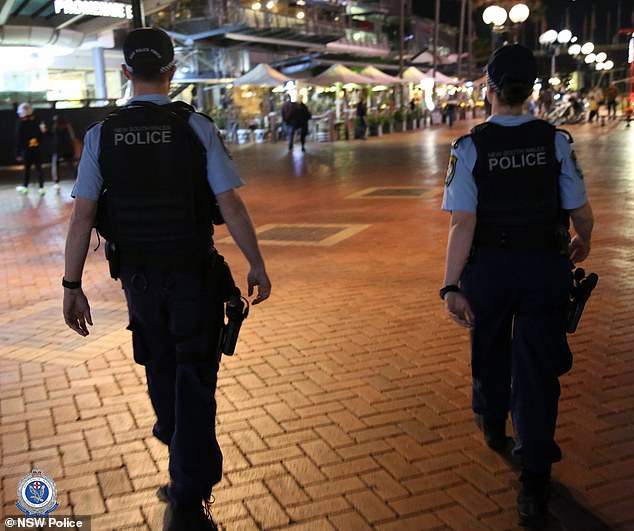 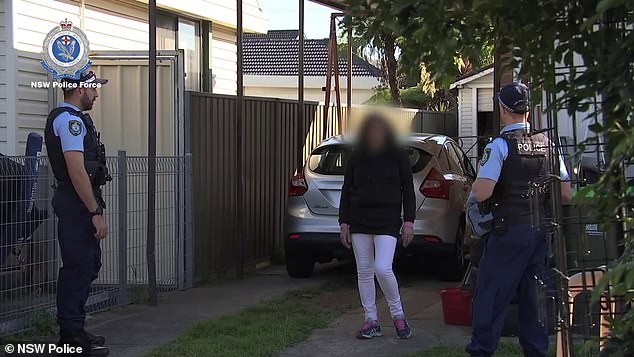 The hospitality industry will work closely with state government authorities in the massive shakedown with Liquor and Gaming, Safework, Fair Trading and the NSW Food Authority in constant communication with NSW Police and NSW Health.

‘Being indoors for longer periods while eating and drinking, and the potential for mingling, are all factors that make COVID more communicable,’ he said. 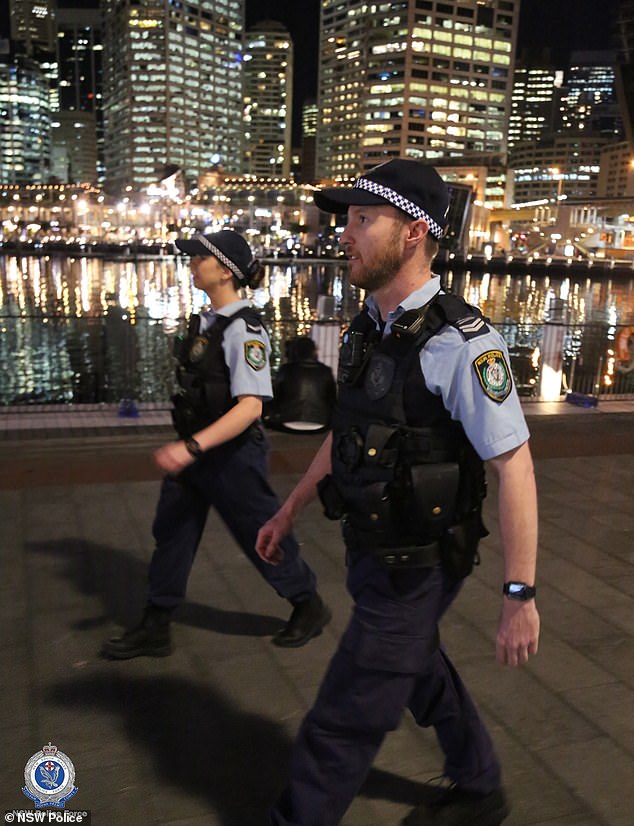 Meanwhile in Melbourne, anyone venturing out in Australia’s second-biggest city was ordered to wear a mask from Thursday as authorities struggle to contain multiple coronavirus clusters in the country’s southeast.

The mandatory mask order allows police to issue fines of $200 to anyone who refuses to cover their face in public, although previous lockdown rules have generally been enforced with warnings.

Hundreds of army officers have been deployed along with police in Victoria to enforce COVID-19 restrictions and conduct checks.

Victoria has effectively been sealed off from the rest of the country in an effort to contain the virus.

The southern state has seen 20 consecutive days of triple digit COVID-19 cases though the number been reducing from a peak of more than 400 cases on Wednesday.

The greater Melbourne and Mitchell Shire areas are going into the third week of a six week lockdown. 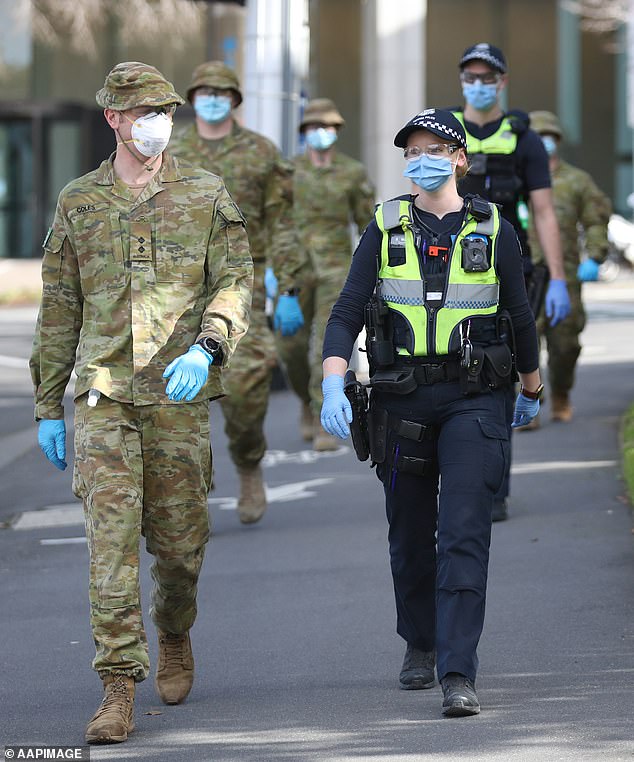 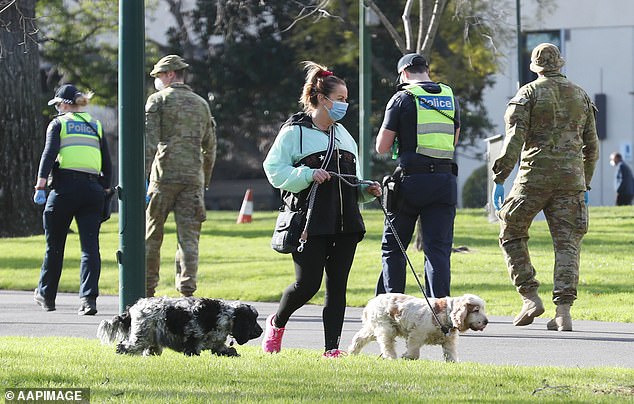