Firefighters’ boss uses his work-issued credit card to buy $1,500 worth of KFC, alcohol and cigarettes – but says his CHILDREN stole it and went on a spending spree

The state secretary at the NSW Fire Brigade Employees’ Union’s company issued credit card racked up a $1,500 debt on KFC, booze and cigarettes.

But Leighton Drury claims he had nothing to do with the spending, insisting that his children stole the card and went on a spree, using the tap-and-go function to pay for the purchases.

Mr Drury self-reported some of his children’s alleged spending in April 2019, but the card was repeatedly used at liquor stores and tobacconists in the months after he did so.

Leighton Drury (pictured) claims he had nothing to do with the spending, insisting that his children stole the card and went on a spree, using the tap-and-go function to pay for the purchases 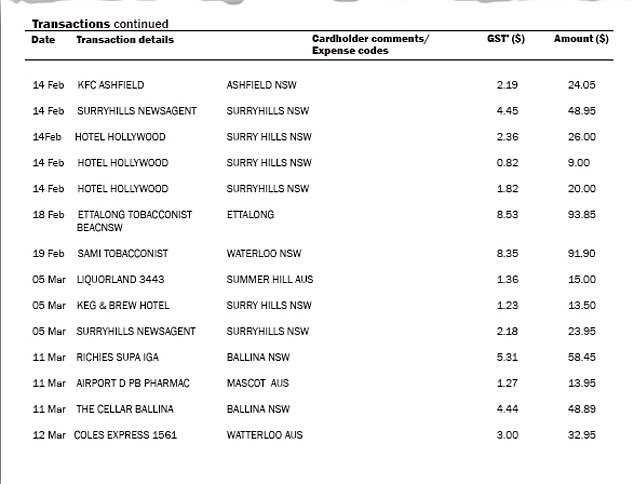 The alleged improper spending was again reported to officials by a senior industrial officer, who called for an audit into Mr Drury’s spending.

The union told The Sunday Telegraph it accepts Mr Drury’s response to the allegations, and will not be taking the matter further.

This is despite stringent company policy stating personal spending on work cards was not permitted under any circumstances.

Union President Mick Nairn said Mr Drury was always ‘open and transparent’ in his spending, and determined there was no wrongdoing.

‘The Secretary of the FBEU has always conducted himself in an open and transparent manner, reporting to and working with the Union’s Committee of Management,’ Mr Nairn said. 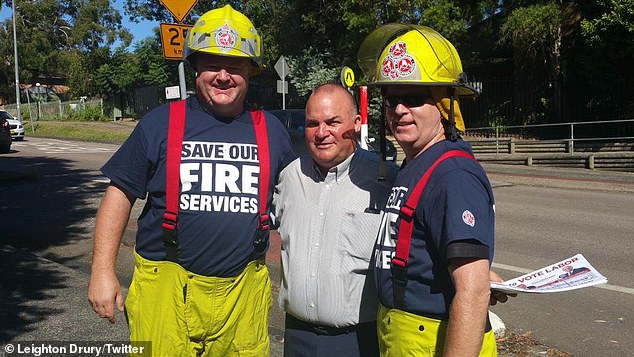 Subsequently, the employee who made the initial complaint and three other staff members – with a cumulative 70 years of industry experience – opted to resign.

Two of those employees were reportedly firefighters on secondment with the union.

In bank records seen by the publication, Mr Drury’s card was used to spend $185 in two days in February at tobacconists, first at Ettalong beach and later in Waterloo.

On Valentines Day the card was also used at KFC, a newsagent and three times at Hotel Hollywood in Surry Hills, with a total cost of $128.

Mr Drury vowed to reimburse the union the entire $1,500 amount.

Mr Nairn said union policy surrounding personal spending on work cards would be reviewed to reflect ‘appropriate to the operations of a modern union’.