Nazi symbols are one step closer to be being banned in NSW after legislation criminalising their use passed the state parliament’s lower house on Tuesday.

It follows a ban of the Nazi swastika in Victoria, and pledges by the Queensland and Tasmanian governments to prohibit the hate symbol.

NSW Attorney General Mark Speakman said the Nazi swastika harmed and distressed community members, including those of the Jewish faith.

The Nazi swastika could be banned from public display in NSW after legislation passed the lower house (pictured, bandana with the swastika at a shop in WA)

‘Hateful and vilifying conduct is completely unacceptable in our community,’ he said on Tuesday.

The legislation, which now must pass state parliament’s upper house, allows the use of the symbol for religious and education purposes.

Using or displaying Nazi flags or Nazi memorabilia bearing swastikas will be banned under the law.

Individuals would face 12 months in prison or an $11,000 fine for breaking the laws, while corporations faced $55,000 fines. 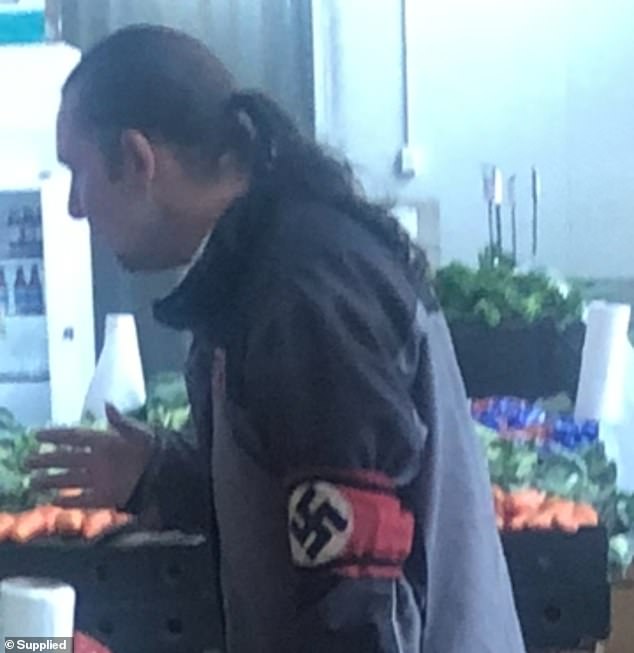 Victoria passed legislation banning the public display of the swastika in June. The Queensland and Tasmania states governments have pledged to ban the symbol as well (pictured, a man wearing a swastika armband at a market in Melbourne) 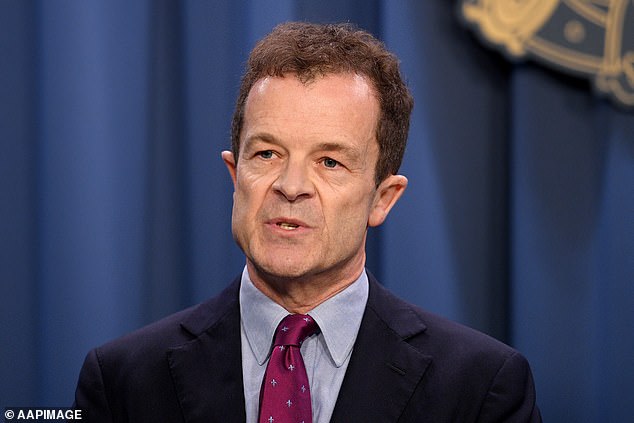 In an amendment to the legislation, a review of the laws would need to be held within a three-and-a-half year period of them coming into effect.

Earlier this year, a NSW parliamentary inquiry recommended banning the symbol in a move that was welcomed by Jewish and Hindu groups.

In 2020, NSW police received 31 reports of the display of Nazi flags, including one from a home near a Sydney synagogue.