A Sydney man in his 40s has been killed by deadly meningococcal disease which was only diagnosed after his death, NSW Health chiefs have revealed.

The dead man attended the Splendour in the Grass music festival last month and has sparked an urgent warning to music fans after a second case was diagnosed in a person who was  at the Byron Bay spectacular.

‘We are urging people who attended the event in the North Byron Parklands on July 21 – 24 to be alert to the symptoms of meningococcal disease and act immediately if they appear,’ NSW Health said in a statement on Friday.

‘Although the disease is uncommon, it can be severe.’

The disease is especially lethal among youngsters where the first sign is often a rash and if it develops into meningitis, it can kill or see victims needing limb amputations.

It can cause septicaemia which cuts off the blood supply to extremities like hands and arms or legs and feet, killing the flesh and forcing the limbs to be amputated.

Rash of purple-red spots or bruises

Irritability and high-pitched crying in children

Refusal to eat in children

While meningococcal disease can still be fatal within hours if left untreated, but vaccinations have helped kept its spread at bay.

Fifteen cases of meningococcal disease have been reported in NSW this year, but the most dangerous period for the disease is now in late winter and early spring.

Health chiefs have urged parents of children under five to be vigilant as they are most at risk, along with 15 to 25-year-olds.

Meningococcal bacteria spread between people in secretions originating in the back of the nose and the throat.

Coughing, kissing, or living with someone who carries the bacteria increases the chances of contracting the disease.

However, the bacteria are difficult to spread and can’t survive for long outside of the human body.

Health authorities believe five to 25 per cent of people carry meningococcal bacteria at the back of their nose and throat without showing any illness or symptoms. 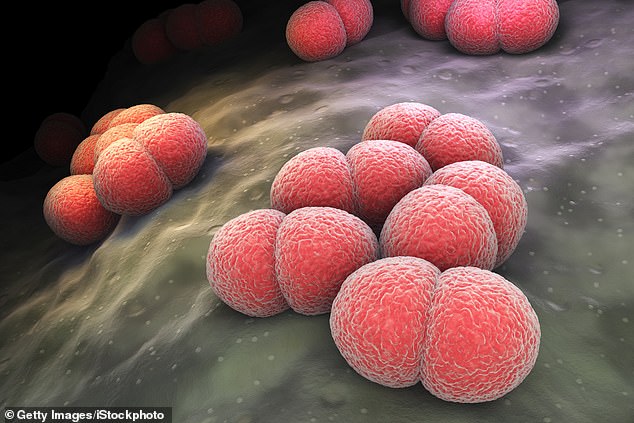