NSW Police were told to carry out more than 200,000 personal searches in 2019 to meet their annual quota.

The figures include strip searches and frisking, with NSW Greens MP David Shoebridge telling the ABC the figures show police are abusing their powers.

Mr Shoebridge has been on the receiving end of a police search, captured in dramatic footage being searched before he was arrested outside Kirribilli House after a climate change protest in December.

During the search officers questioned whose wallet Mr Shoebridge had in his pocket, and removed his belt from his trousers.

‘I don’t consent to this,’ Mr Shoebridge said as police conducted their search.

‘I actually complied with the directions and they still arrested me and now they’re searching me and heaven knows if they’re going to strip search me.’ 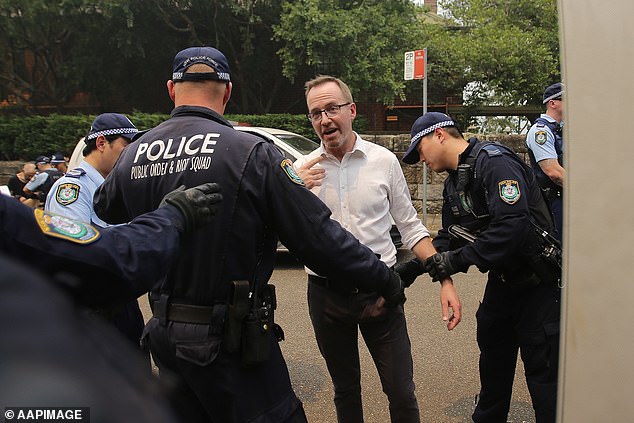 Greens MP David Shoebridge has himself been on the receiving end of a police search, after he was arrested at a climate change rally at Kirribilli House in December last year

President of the NSW Council of Civil Liberties Nicholas Cowdery said: ‘It’s of great concern that police are arbitrarily interfering with people even when they don’t have a proper basis for exercising those coercive powers.’

NSW Police said officers must have ‘reasonable suspicion’ to conduct a search.

‘Any time a police officer executes their search powers, they must hold a reasonable suspicion as required by LEPRA,’ the statement reads.

‘A search cannot be conducted if this criteria is not met.’ 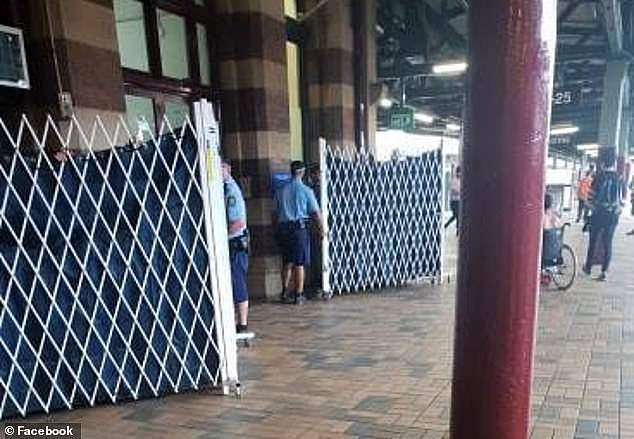 Screens set up at Sydney’s Central Station during peak hour in March 2019 to allow police to conduct strip searches on commuters. NSW Police say officers must have ‘reasonable suspicion’ to conduct a search