New South Wales public sector workers such as teachers and nurses will have their pay frozen for a year under a plan announced today.

The move will give the government an extra $3billion to pay for public projects to create jobs and stimulate the economy which was devastated by coronavirus.

Premier Gladys Berejiklian said that in return no workers would be forced into redundancy.

The freeze would apply to the entire NSW public sector of almost 410,000 employees, who make up 10 per cent of workers in the state. 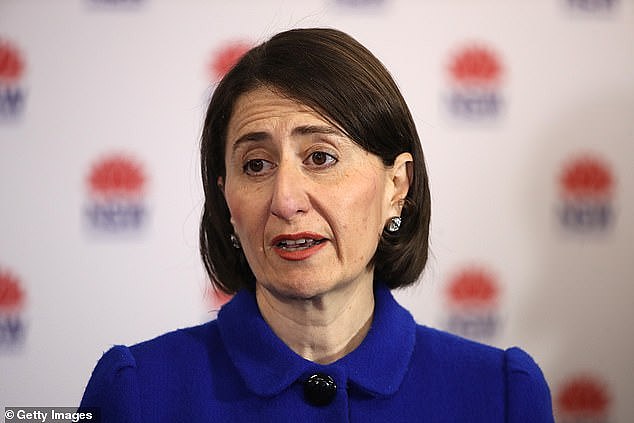 The Commonwealth government and the Queensland government have already announced the same policy.

The move sets up the prospect of teachers and nurses going on strike.

On May 14, the NSW Teachers Federation warned it would take ‘whatever action is necessary’ to secure a pay rise for teachers of 2.28 per cent which had been agreed in January.

The NSW Nurses and Midwives Association also refused to rule out strike action.

The Labor Party and Greens Party have said they will try to block the move.

The freezes will not be applied retrospectively, meaning a public sector worker’s 12-month pay freeze would begin upon the commencement of their next pay agreement. 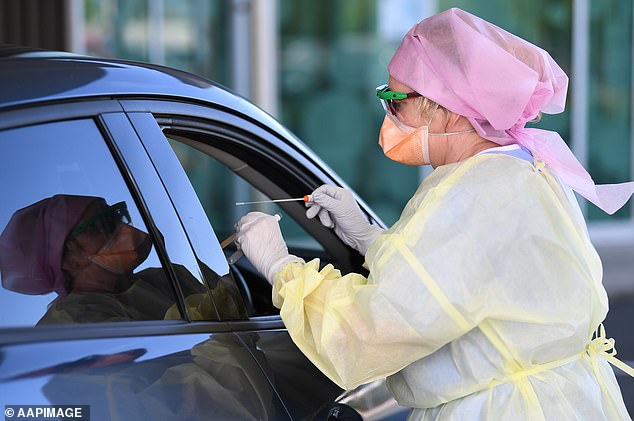 Ms Berejiklian said: ‘Nobody will be forced out of a job in the New South Wales public service.

‘All 410,000 employees will have the choice to remain in the New South Wales public service.

‘Unfortunately, the same can’t be said for literally hundreds of thousands of employees who don’t work for the New South Wales government.

‘Any government in our shoes, I think, would do the same thing, and I am urging everybody to come together… please, let’s not descend into the normal political talk.’

Should public sector workers have their pay frozen?

Australian Bureau of Statistics labour force data in April showed more than 220,000 people in NSW lost their jobs as the spread of COVID-19 battered the state economy while the state’s unemployment rate jumped 1.1 percentage points to six per cent.

Total employee wages in NSW also fell 4.9 per cent between March 14 and May 2.

Ms Berejiklian said jobs may be cut if pay freezes were not implemented.

‘If that was the case, the government would have to look at other options, which could impact service delivery, the way our citizens get what they need,’ Ms Berejiklian said.

‘It’s the least worst option, let me assure you.’

He said it was for the ‘greater good’ and emphasised the $3billion would not be saved but rather reinvested in public projects.

‘There are hundreds of thousands of people right across our state today who are either out of work or taking significant pay cuts. They are the people who pay the wages, whose taxes pay the wages, for our public sector,’ Mr Perrottet said.

‘This is not about savings, about the budget… this is about stimulus, creating jobs right across our state. We want every single dollar to count.’

Public Service Association of NSW general secretary Stewart Little said his members were disappointed by the government’s decision and deserved a pay rise.

He called on the NSW government to not only guarantee existing jobs but employ more people. 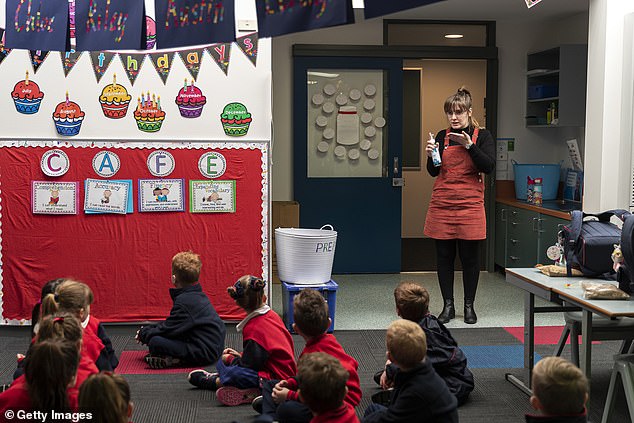 ‘More than 60 per cent of our members are women, many of them are on medium to low incomes and the sole earners for their families, and many live in regional NSW. This will hurt them,’ Mr Little said in a statement on Wednesday.

The IPA think tank said the move did not go far enough.

Daniel Wild, Director of Research, said: ‘The NSW government has demonstrated leadership in freezing public sector pay for 12 months but should go further in reducing the pay of non-front-line workers by 20 per cent to reflect cuts experienced by many Australians in the private sector.

‘Australians overwhelmingly support shared sacrifice between the public and productive, private sectors of the economy.

‘Some 74 per cent of Australians want politicians and senior public servants on salaries of $150,000 or more to have their pay reduced by 20 per cent, according to polling commissioned by the IPA.’