NSW to pay $12.7 BILLION in tolls and fines over the next four years

NSW motorists will pay $12.7BILLION in tolls and fines over the next four years – as Labor leader Chris Minns slams ‘staggering’ cost for hard-up families

NSW motorists will face ‘staggering’ fines and toll fees over the next four years, Chris Minns will say in his budget reply speech on Wednesday.

The state Labor leader is demanding a pause in toll increases and wants speed camera warning signs, which were taken away last year, to be brought back.

In a pitch to hard-up families struggling with the cost of living, he will say NSW motorists face $3.5billion in fines over four years and $2.3billion a year in toll fees – a total of $12.7billion over four years.

NSW motorists will face ‘staggering’ fines and toll fees over the next four years, Chris Minns will say in his budget reply speech on Wednesday. Pictured: Police at Bondi Beach

‘Every time you pay a toll, send your kids to an overcrowded school, are stuck in traffic, or find the cost of living just that little bit harder, that’s the record of the former treasurer – the new Premier Dominic Perrottet,’ he will say.

‘What is the best way I can introduce him? Let me introduce you to his budget. Fines go up – a staggering $3.5 billion in fines over four years.

‘The blatant revenue raising from low range speed cameras rolls on. Housing affordability get worse – and stamp duty increases by 65 per cent in just two years.

Under Mr Perrottet’s plan, the Covid JobSaver payment – which now hands companies cash worth 30 per cent of their wage bills – will be tapered down to 15 per cent when the state reaches an 80 per cent vaccination rate before ending on November 30. 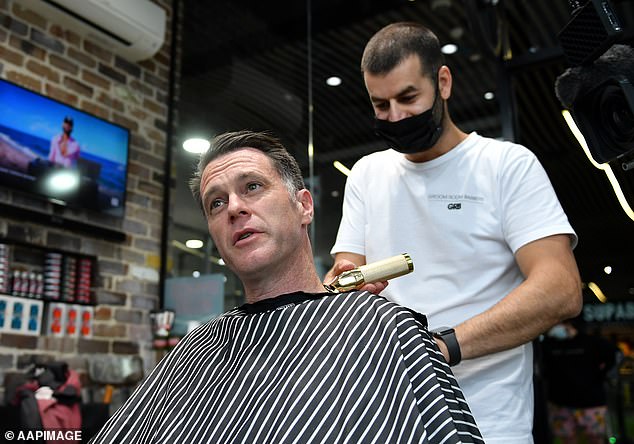 Mr Minns said this date is too early to switch off support.

‘After months of lockdowns – it’s simply not as simple as opening your front door and turning on the lights for tens of thousands of businesses across this State.

‘Business is relying on ongoing support to cover accrued debts and to support cashflow during reopening,’ he will say.

‘Our businesses have taken huge hits financially and personally to follow the health advice of the NSW Government. They’ve done the right thing, back them in.

‘Nobody expects support payments indefinitely but cutting too quickly will have serious consequences.

‘We should be talking about economic support packages to kickstart the economy again, not winding them down.’

Mr Minns wants the payroll tax reduction from 5.45 per cent to 4.85 per cent to be extended for another year.

He will also set out an agenda to build social housing and schools across the state and particularly in western Sydney, which is emerging as a key battleground for the 2023 election. 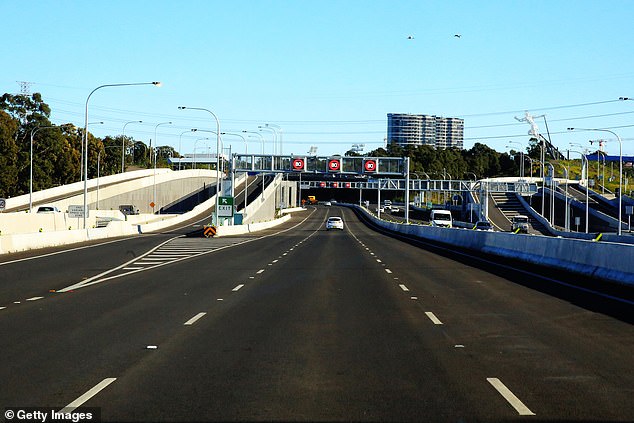 The Labor leader is demanding a freeze in toll increases and wants speed camera warning signs, which were taken away last year, to be brought back. Pictured: The WestConnex tunnel at Homebush, Sydney

‘It is time for a big build in social housing and schools – bringing back jobs, getting young people into their homes, and our kids learning in classrooms fit for our future,’ Mr Minns will say.

‘These are growing communities which urgently needs dozens of classrooms, libraries, new playgrounds – tens of millions of dollars should be at work there, with all the economic boost that would bring.’

Mr Minns will conclude by saying he hopes the Government pinches his ideas.

‘A better New South Wales is possible. Let’s work together to get it done,’ he will say.