An Indigenous elder has issued an impassioned plea for greater cooperation between black and white communities to help tackle youth crime in the Northern Territory, saying the current way of punishing criminals simply isn’t working.

In the emotive video, which went viral on social media and attracted dozens of positive comments, a local called Manuel is seen in front of a smashed car left teetering on rocks and abandoned outside a servo in Alice Springs.

The city is enduring a crime wave which tourism chiefs say is scaring off visitors, with locals desperately calling for increased law and order in the face of ‘crisis levels’ of anti-social behaviour.

‘I’m here in Alice Springs, and look what I seen,’ he said as he pointed to the car.

‘This is no good and it’s happening all throughout the (Northern) Territory.

‘Somebody needs to take responsibility.’

Tourism operators have urged the Northern Territory government to act to improve the situation in the city, with alcohol-fuelled assault increasing by 20 per cent in the last year.

Domestic violence rates are also up 22 per cent, with vehicle thefts and home break-ins seeing significant rises, too.

Mr Dean said if whoever crashed the car doesn’t get in trouble, then they’re simply do it again, with existing penalties not stopping would-be criminals.

‘Whitefella law and police and jail aren’t working and teach young ones nothing,’ he claimed.

Instead, Mr Dean said the solution lies within the Aboriginal community.

‘When I lived in the bush, when I was young, if I did something wrong, I’d be in trouble from the elders,’ he said.

‘But now it’s different, because we all live in town and people don’t listen to their elders, they’re not connected to the culture… so things need to change.

Mr Dean said teenagers should not be locked up in jail, and would instead learn better lessons spending time in their communities.

‘They should be out bush, connected with the land and culture and learn (Aboriginal) ceremony from their elders,’ he suggested.

He called on elders ‘to step up and do things and make it work’, adding: ‘We can’t wait for the white people. We gonna make it happen ourselves. Blackfella to do the action.’

Once things improve, he said, ‘the Territory will be good for everyone and not be the shame of Australia.

‘More tourists will come from all around the world, people feeling safe.’ 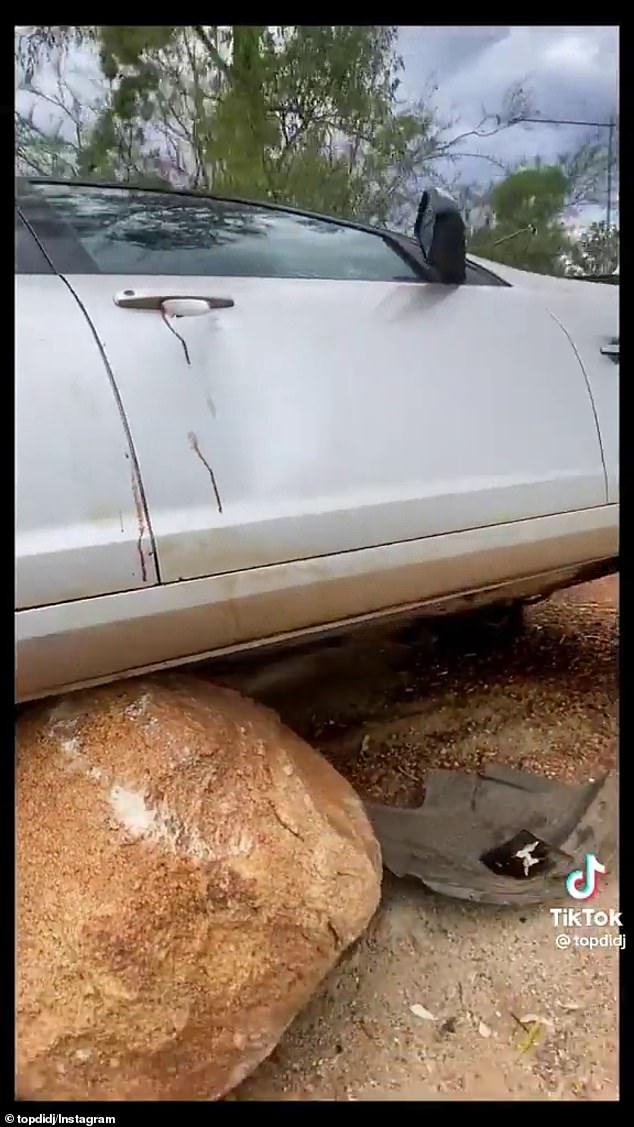 The man used a crashed, smashed up and abandoned car used as a symbol of youth crime in the Northern Territory

NT Police commander Craig Laidler admitted the recent statistics were concerning, and agreed with Mr Dean that help is needed to stop young offenders from breaking the law in the first place.

‘Really for me, I would like to see that early intervention where they don’t come across our path,’ he told the ABC.

Danial Rochford, the chief executive of Tourism Central Australia, agreed, saying: ‘The ultimate definition of insanity is doing the same thing and expecting a different result.’

In his video, Mr Dean went on to say society needs to give ‘Aboriginals a purpose, something to work towards’, which would make ‘our family, our community, stronger.’

He said while making change is difficult, ‘doing nothing is going to be even harder’.

‘We’ve got to work together, blackfella and whitefella,’ he added.

He also addressed politicians, saying they ‘need to listen, because the current ways of handling youth crime and disengagement are not working.

‘The more energy we put in now, the money that is invested from listening to the Aboriginal people, will save money and lives in future,’ he added.

‘Enough is enough. We can’t look back, we have to look forward.’ 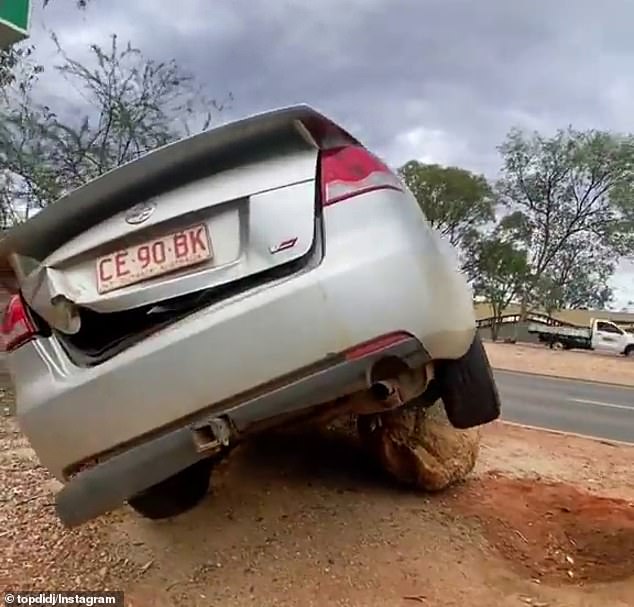 The elder said he wants a better future for his kids and grandkids and everybody’s kids.

He ended his powerful speech by thanking those who had taken the time to listen,

‘Spread the message everyone whether you’re whitefella or blackfella, everyone needs to listen and demand change.’

Mr Dean got a very positive response on social media, with many thoughtful comments.

One poster said: ‘There is definitely a separation between kids and country.

‘I’ve been trying to get one of our elders to take my kids out and tell them their stories but impossible.’

Another agreed, saying: ‘Everyone of the woke brigade should listen to this older gentleman. Well said ol’e fella.’

‘This should be played to all the politicians and government officials local, state and national. He makes a lot of sense,’ another man said.