A teenager who accused a policeman of rape allegedly consented to sex with the officer, a Northern Territory court has been told.

Senior Sergeant Patrick Carson, 39, has pleaded not guilty to raping the woman, then 19, twice in Darwin during 2020.

The Crown says the married officer exploited his position as a father figure to take advantage of a vulnerable young woman, who’d only recently arrived in the Top End.

But Mr Carson’s lawyer, Mary Chalmers, told the jury on Tuesday that the evidence showed the woman had consented to Mr Carson’s sexual advances and conduct.

‘Even in her police account on August 25 she says “OK, OK, OK”. She OKs this thing right through to the keeper,’ Ms Chalmers told the Supreme Court in Darwin during her closing address.

‘When Mr Carson says to her “is this OK?” or “is this alright?” she says, and it’s in the police interview, that she nods her head.’

Ms Chalmers said that even if the jury accepted the woman’s version of events that ‘she didn’t feel like doing these things’ it couldn’t be satisfied beyond reasonable doubt that Carson knew this or was criminally reckless to it because the woman was saying ‘OK, OK, OK’.

She said the woman’s ‘evidence didn’t add up and made no sense’.

‘There’s no way that if that woman had been subject to the ordeal that she describes in her police interview, which I might remind you includes her being frozen in fear and having the entirety of her clothing removed, without her consent and (raped) … she would describe that in a text message, that very same afternoon, to her friend by saying “maybe it was just accident”,’ Ms Chalmers said. 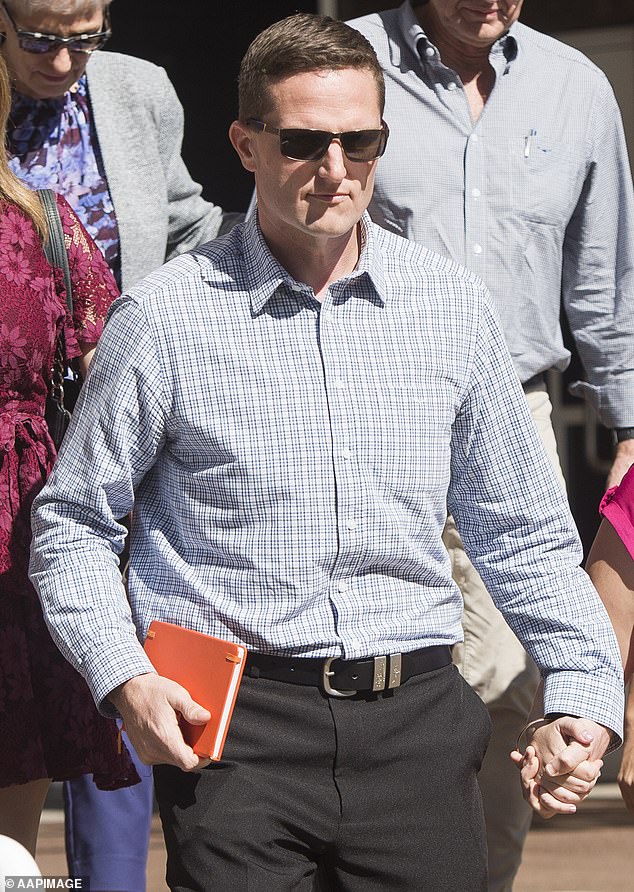 The court, which was closed to the public for most of the 10-day trial, previously heard Mr Carson and the woman developed an intense relationship over several months after meeting at an exercise group.

The woman ‘felt loved and important and special’ and Mr Carson was able to control aspects of her life and ultimately take advantage of her in a sexual manner, prosecutor Marty Aust said during his opening remarks.

It led to the pair being alone at the home Mr Carson shared with his wife and children, where he allegedly raped the woman after the duo had massaged each other on his patio.

The second alleged attack happened about six weeks later on a couch at a mutual friend’s home, where Mr Carson is accused of forcefully touching the woman. 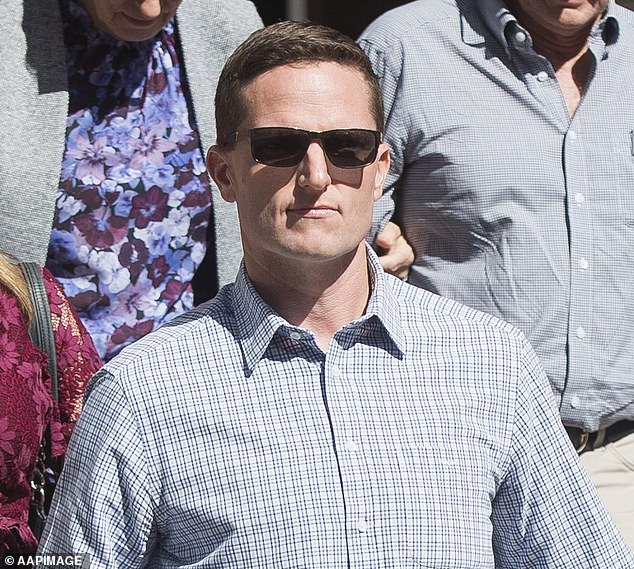 Ms Chalmers reminded the jury that the woman continued her relationship with Mr Carson after the alleged rapes.

‘No one goes exercising with the rapist the next day. No one stays in a secret chat with their rapist. No one continues to send love hearts to them. It really just doesn’t hold water,’ she said.

‘Frankly, you can’t trust a word this woman says. It really does not add up.’

‘She was the perfect prey for Mr Carson,’ he said during his closing remarks.

The trial continues with Justice Stephen Southwood briefing the jury before it starts deliberations.