Nude model was kidnapped and tortured by ‘bikies’ alongside her boyfriend

A nude model and her international businessman boyfriend were allegedly kidnapped and tortured by men linked to outlaw motorcycle gangs, police claim.

Caroll Dufailly, from Belgium, and Eduardus Groenewegen, from Holland were allegedly attacked at their house in an Ipswich industrial estate, in southeast Queensland, on October 25 2019.

Detectives say Groenewegen was drugged and severely beaten leaving, him with broken limbs, and Dufailly was tortured by the attackers who were attempting to gain access to a safe at the premises, according to Nine News.

Caroll Dufailly, from Belgium, was allegedly kidnapped and tortured to gain access to a locked safe in October 2019 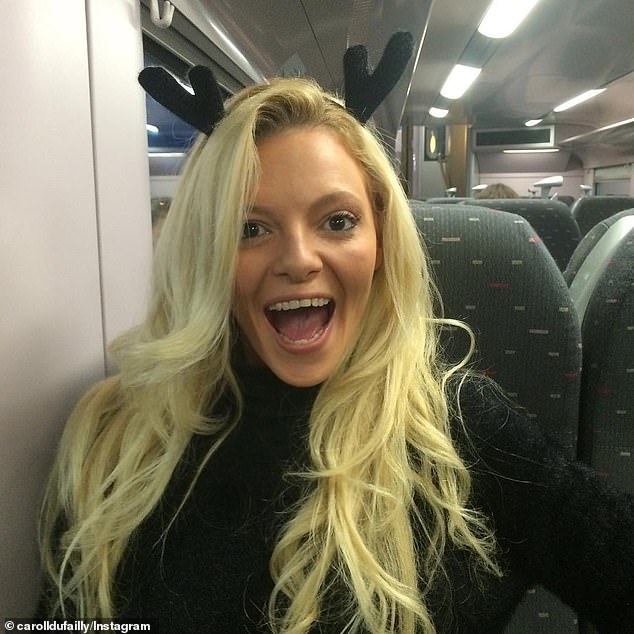 Following a police investigation, officers on Wednesday night escorted Justin John Kuhner, 40, of Fairfield in New South Wales from a plane after he was extradited to Queensland charged with 16 offences.

Detectives allege he committed the offences at the behest of the Lone Wolf outlaw motorcycle gang – with three members of the club also behind bars following police raids.

After the attack the pair were left for dead in nearby Ripley Bushland, with Ms Dufailly leaving to get help for Groenewegen.

The injured woman managed to stumble to a nearby residence, with her mouth duct taped and hands bound with zip ties, and raised the alarm.

‘This was a serious, vicious and premeditated attack and this investigation outcome should serve as a strong warning to gang members that violence and criminal behaviour will not be tolerated,’ Detective Acting Chief Superintendent Denzil Clark said. 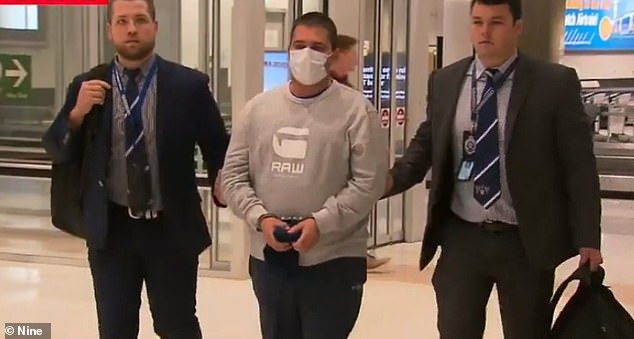 Following a police investigation, officers on Wednesday night escorted Justin John Kuhner, 40, (pictured centre) of Fairfield in New South Wales from a plane after he was extradited to Queensland charged with 16 offences 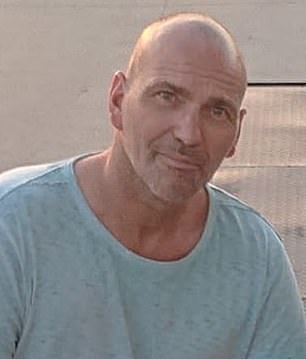 Kuhner, was arrested by Queensland detectives with the help of NSW Police Force Criminal Groups Squad and charged with the offences including armed robbery, assault, extortion and kidnapping.

He appeared in Brisbane Magistrates Court on Thursday.

He is being held to appear at Southport Magistrates Court on Saturday.

Two previous arrests connected with the bizarre case were also made on July 14.

The first, a 25-year-old man from Robina, was charged with the same 16 offences.

A raid of his property uncovered a loaded pistol, cocaine, and $46,000 in cash with another pistol found hidden in a vehicle – resulting in further drug and firearm charges.

He is being held in custody to appear at Brisbane Magistrates Court on August 5.

The second, a 34-year-old man from Southport, was already in custody and is set to front Brisbane Magistrate’s Court on October 20 charged with the same 16 offences. 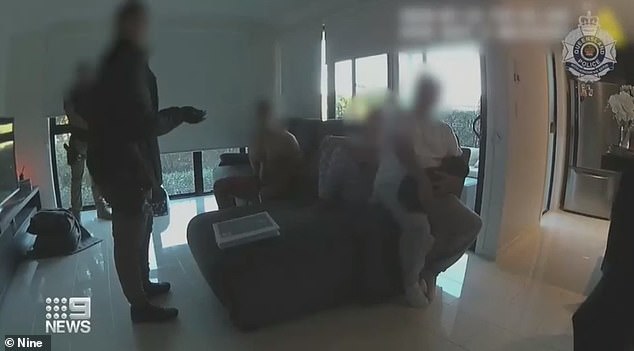