Police have obtained photos of nude women that appear to have been taken inside medical exam rooms from the storage facility of Dr. George Tyndall, who has been accused of sexually assaulting more than 500 patients while practicing at the University of Southern California.

Police searched the unit not long after launching an investigation into Tyndall, 71,  in the spring, after detectives noticed the former USC practitioner spent time inside the self-storage rental until near his home in Lafayette Park – just three miles from campus – on at least two separate occasions.

The images found inside the unit are now part of the investigation into whether Tyndall sexually abused hundreds of students over the course of a career that spanned three decades at USC’s student health center.

The case building against Tyndall is believed to be the largest sexual assault case in LAPD history against any one individual, with 234 women having filed police reports against him and a grand jury currently hearing the case for possible indictment on charges.

Investigators are working to identify the women in the photos as well as where and in what context the photos were taken, which could have an effect on the proposed $215 million class action settlement that USC has already agreed to with Tyndall’s many accusers.

‘The photographs are compromising,’ Hayes, who is supervising the police probe, said.

Tyndall has maintained his innocence, saying through his attorney: ‘Dr. Tyndall is adamant that he has never sold, traded or shared any images of patients he examined while conducting medical examinations at USC.’ 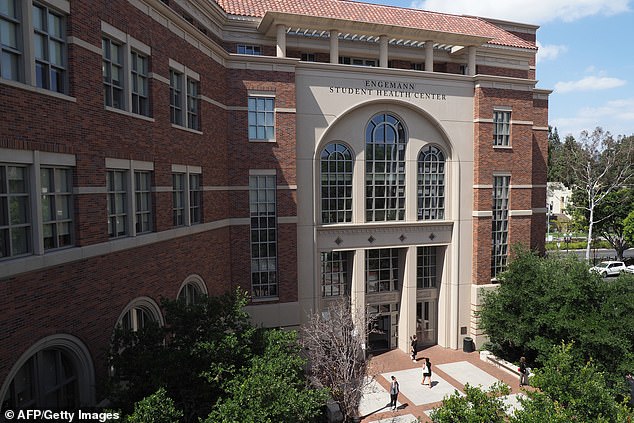 Investigators are working to identify the women in the photos as well as where and in what context the photos were taken, which could have an effect on the proposed $215 million class action settlement that USC has already agreed to with Tyndall’s many accusers. The health clinic where Tyndall practiced at USC is shown

USC’s tentative agreement for a $215million class-action settlement of claims involving alleged sexual harassment and abuse by Tyndall was announced on October 19.

The agreement was to provide compensation ranging from $2,500 up to $250,000 to women who have claimed abuse by Tyndall between 1988 and 2016, USC Interim President Wanda Austin said at the time.

About 500 current and former students have now made accusations against Tyndall. They contend he routinely made crude comments, took inappropriate photos, forced them to strip naked and groped them under the guise of medical treatment.

Some of the most shocking allegations are that he inserted his bare fingers in women’s genitalia under the guise of giving them exams.

Others say he took photographs of their genitals and one woman recalled him removing a tampon while she visited him and him ‘dangling’ it in front of her face.

Speaking in a joint appearance on the Today Show on June 14, five women all told how Tyndall, who has been accused of abuse by hundreds of women but denies wrongdoing, touched them inappropriately or made up medical reasons to examine them.

They also described how he tried to groom them by telling them they were ‘beautiful’.

‘While I was in the stirrups, he told me I was beautiful,’ said Lucy Chi, a former student and alleged victim. 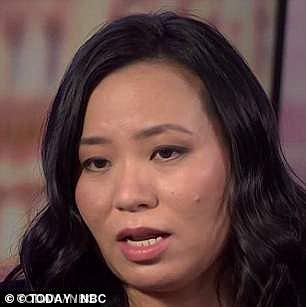 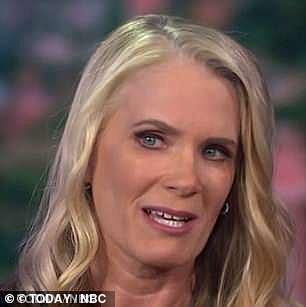 Lucy Chi (left), one of five women who spoke out to say gynecologist George Tyndall abused them, said he told her he was beautiful while she had her legs in his stirrups. She added later that he molested her. Right, Audry Nafzeiger, who also says she was molested 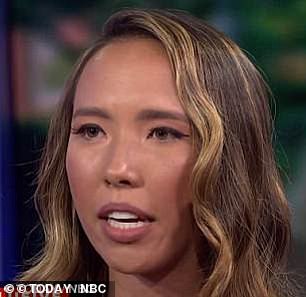 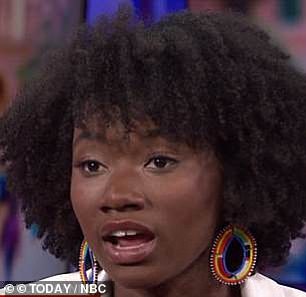 Kellyna Fox (left) claimed Tyndall told her she had to have a pap smear before he could give her birth control when she was just 18. Shernae Hughes (right) said she was saddened the women’s complaints went unheard for so long. Tyndall has been accused of misconduct by hundreds of people 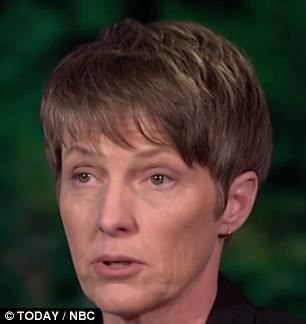 Allison Rowland (pictured), another former student, said Tyndall told her she had HPV when she didn’t so that he would have an excuse to examine her genitals

Kellyna Fox said he told her she would have to undergo a pap smear before she could start birth control when she was just 18.

Allison Rowland, another of his alleged victims, said he told her she had HPV when there was ‘no evidence’ of it just to give himself an excuse to touch her genitals.

‘He diagnosed me with HPV. There’s no physical evidence in my body that I had a disease. He lied,’ she said.

Chi said she fell for his ‘grooming’ techniques which she thought were just his ‘style’.

‘I thought this was his style and I thought maybe I’m just uncomfortable with his style.

‘It wasn’t his style – he was a sexual predator and he sexually molested me, along with thousands of women.’

The hundreds of women who have filed various lawsuits against the university can join the lawsuit affected by the agreement but Manly said he is strongly advising his clients against doing so. 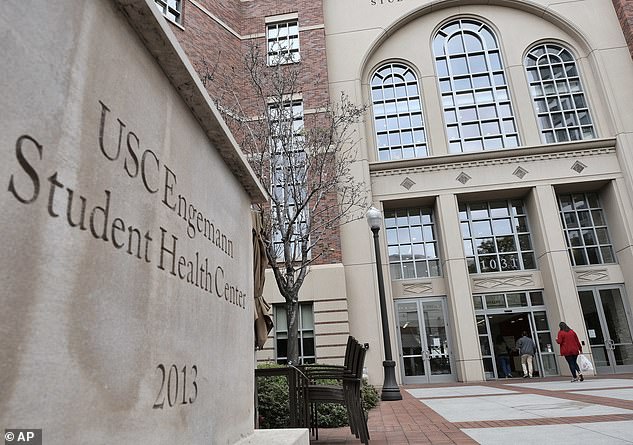 ‘The only guaranteed number in this case is $2,500,’ Manly said, adding that ‘$2,500 won’t even get you a 50-yard-line seat at a USC football game, let alone compensate somebody for being sexually assaulted by their doctor when they were 18 or 17.’

He criticized the proposed settlement, which needs to be approved by a judge, as failing to hold USC accountable.

‘We still don’t know when did USC first know, how often were they warned, what administrators were involved, was there criminal conduct?’ Manly said. ‘Our clients, more than anything, want those answers and people held accountable, not because it helps their case but to protect the future women at USC.’

If the settlement is approved, any victims who have not yet come forward and filed legal action would be held to its terms, Manly said, adding that USC clearly wants to cap future monetary damages.

Attorney Gloria Allred, who represents 36 women who have accused Tyndall, said in a statement that the amount of money under the proposed settlement ‘way too minimal.’ 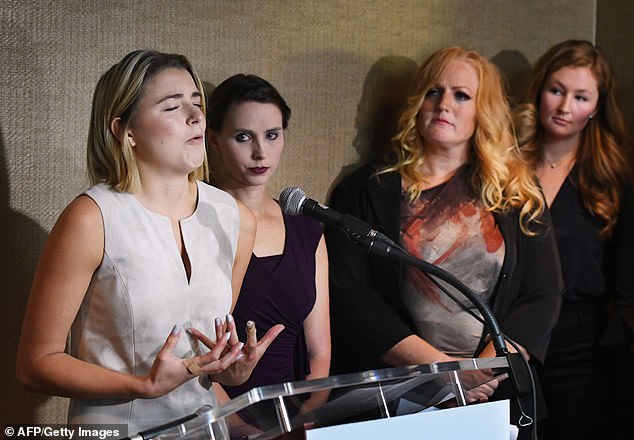 On October 18, some 20 women appeared at a news conference to announce the filing of lawsuits against USC 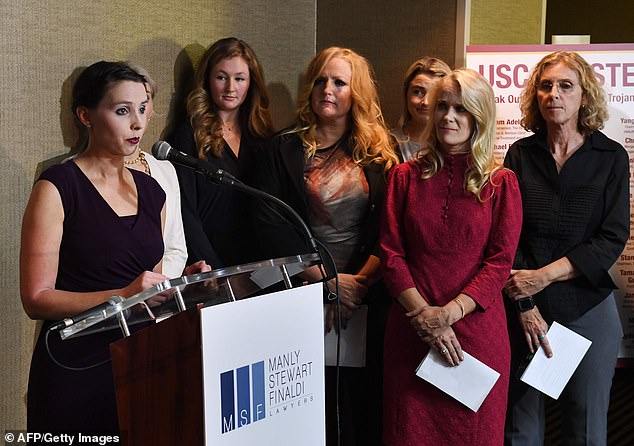 They accused Tyndall of routinely making crude comments, taking inappropriate photographs and forcing plaintiffs to strip naked and groping them

Tyndall spent about three decades as a USC staff gynecologist before retiring last year after a university investigation concluded there was evidence that Tyndall sexually harassed students during exams.

Allegations against Tyndall date back to as early as 1990. USC did not launch into investigation into the gynecologist until 2016.

The school also failed to disclose the complaints during an earlier sexual harassment investigation, according to the Department of Education.

‘No student should ever endure sexual harassment or abuse while trying to pursue their education,’ Secretary of Education Betsy DeVos said in the statement. ‘Every student on every campus should have a safe learning environment.’

‘We welcome the US Department of Education’s investigation and the university will fully cooperate with their inquiry,’ Rick Caruso, Chairman of the USC Board of Trustees, said in a statement.

One woman, now a lawyer, told The New York Times that she’s had an appointment with the gynecologist shortly before graduating from USC in 2007.

During the pelvic exam, she claims he inserted several fingers inside her, before saying ‘you know what they say about tall women, right?’

The woman, who is more than six feet tall, took his comment to mean she had a large or loose vagina. She said the comment stayed with her for years and made her self conscious during sex, although she didn’t report him at the time – something she feels angry about today.

‘One of the worst parts is that I feel like a dumb girl,’ she said. ‘I spent all this money on a fancy education, but I am this dumb broad who just didn’t report something awful.’

Another woman, identified only as Sarah, described how she’s gone to see Tyndall when she was a freshman, concerned over a very heavy period.

But during the exam, without any explanation, she claimed he removed her tampon and ‘held it up for a very, very long time.’

Sarah said she found the experience ‘incredibly intrusive and inappropriate’, although she wasn’t sure whether it was something she could report at the time, but has seen a female gynecologist ever since.

Alexandra Nguyen, 23, said she felt very uncomfortable during her appointment with Tyndall in late 2015, after he reportedly made multiple comments about Asian women being beautiful, and telling her she could be a model.

Nguyen, who is now in medical school, said the doctor later commented on her ‘wetness,’ and asking how her ‘wetness’ compared to her friends.

‘After that experience I just never came back,’ she said. 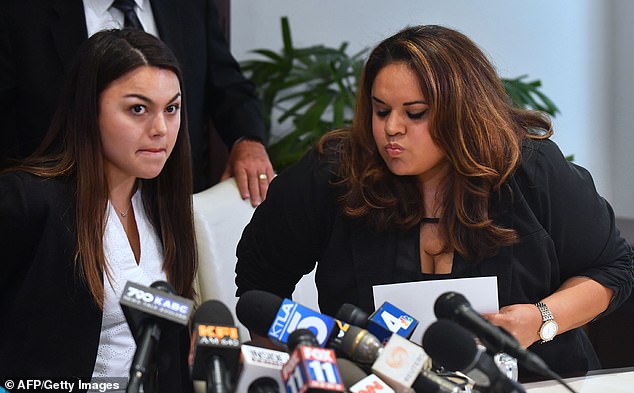 One student to come forward is Daniella Mohazab, a USC student seeking a master’s degree in communications management.

During a press conference, she said Tyndall saw her at the clinic in 2016 for an STD test. Mohazab said Tyndall did not wear gloves during the exam and told her that ‘Filipinas are good in bed’.

‘I am still in shock that USC had heard about Dr. Tyndall’s inappropriate conduct and allowed him to continue practicing,’ Mohazab said at a press conference.

The Department of Education’s Officer for Civil Rights is looking into possible violations of Title IX, a federal civil rights program that has been legally interpreted as requiring schools to appropriately handle reports of sexual harassment and sexual violence. If violations are found, the agency can impose fines and potentially cut off the school’s access to further federal funds.

The allegations have similarities with the case of Larry Nassar, the disgraced former sports doctor at Michigan State University and USA Gymnastics now serving multiple life terms in prison. Michigan State agreed to a $500 million settlement with more than 300 of his victims.

One key difference with the high-profile case involving Olympic champions, though, is that Tyndall as a gynecologist could argue his treatments were within the scope of his medical expertise, legal experts have suggested.

Detectives have interviewed at least 117 women who have accused Tyndall of sexual abuse and assault so far. As of now, 85 cases have been presented to the Los Angeles County district attorney’s sex crimes unit for possible charges against the doctor.

Tyndall has denied the allegations and has not been charged with a crime at this time, though his case is being considered before a grand jury. As of now, he is still free to practice gynecology.

His attorney, Leonard Levine, did not immediately respond to email and phone messages seeking comment.

The university was first criticized in the case after the Los Angeles Times reported earlier this year that complaints and comments about Tyndall’s care went unheeded by the school for decades and that USC failed to report him to the medical board even after the school quietly forced him into retirement.

USC has denied accusations of a cover-up.

Austin said in a statement that since she became interim university president, ‘a fair and respectful resolution for as many former patients as possible has been a priority for the university and for me personally.’ 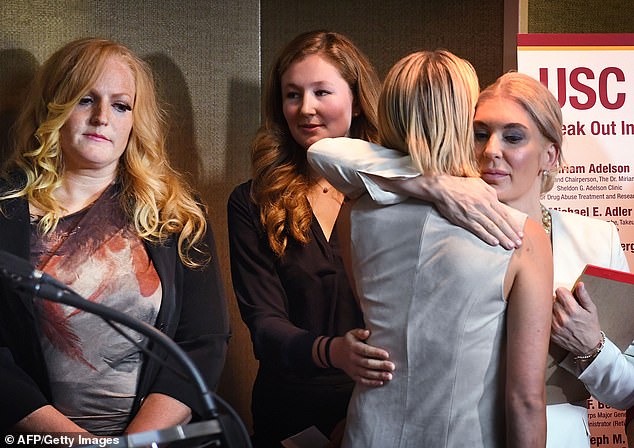 ‘Many sweeping changes have been made and we continue to work every day to prevent all forms of misconduct on our campuses, to provide outstanding care to all students, and to ensure we have policies and procedures that prioritize respect for our students and our entire university community,’ she said.

In October, women who say Tyndall abused or harassed them announced the lawsuit against the university, saying it ignored decades of complaints.

‘I am part of an accidental sisterhood of hundreds of women because the university we love betrayed our trust,’ said Dana Loewy, who said Tyndall assaulted her during an exam in 1993.

Two women said they called USC’s hotline to report complaints against Tyndall but received no follow-up. 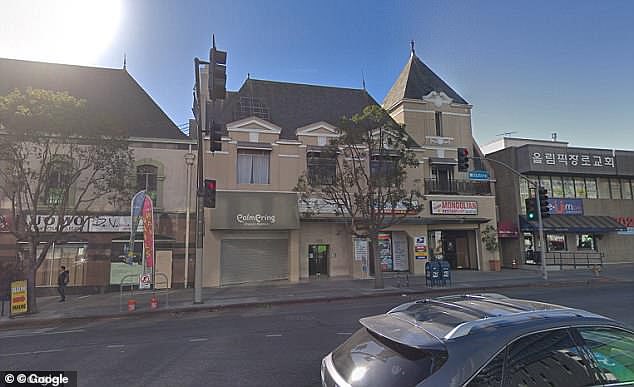