A couple accused of raping a nine-year-old girl in their caravan after they had dinner with her parents have been granted bail.

Police allege Peter David Baker, 60, and his wife Sudarat Baker, 36, sexually assaulted the child in the Hunter region on two occasions between November 2014 and January 2016.

The couple, who are nudists, were granted strict conditional bail in the Supreme Court on Tuesday.

It has been alleged the girl, aged between nine and ten at the time of the attacks, had been left in the Bakers’ care after they dined with her family, The Daily Telegraph reports.

The girl was forced to strip, before being ‘held down’ and ‘screamed out’ while Mr Baker raped her, the court heard.

It is alleged Peter David Baker, 60, and his wife Sudarat Baker, 36, sexually assaulted a nine-year-old girl in the Hunter region on two occasions (stock image)

The couple then allegedly fled to Thailand in late 2017 to ‘avoid detection’.

The Bakers have each been charged with three counts of sexual intercourse with a person under 10 in company, while Peter has an additional charge of having sex with a person aged 10 to 14.

Justice Richard Cavanagh described the allegations, as ‘most, most serious’, with the offences carrying life sentences.

Mr Baker allegedly ‘threatened’ the child not to tell anyone after raping, before the allegations were reported to police in November 2016.

They have strenuously denied the claims.

Defence solicitor Sherleen Chand told the court the couple returned home to Australia in July in the knowledge an investigation was underway into the child’s claims of abuse.

The Baker’s arrived back in Australia in July 2019 and were arrested at their North Lakes home in Queensland’s Morton Bay region in October 2.

They were extradited back to NSW where they were denied bail at Raymond Terrace police station.

Under their bail conditions, they must live with Mr Baker’s daughters in Fennell Bay, remain there between 9pm and 6am each night and report daily to Toronto police station.

Their next court date is yet to be announced. 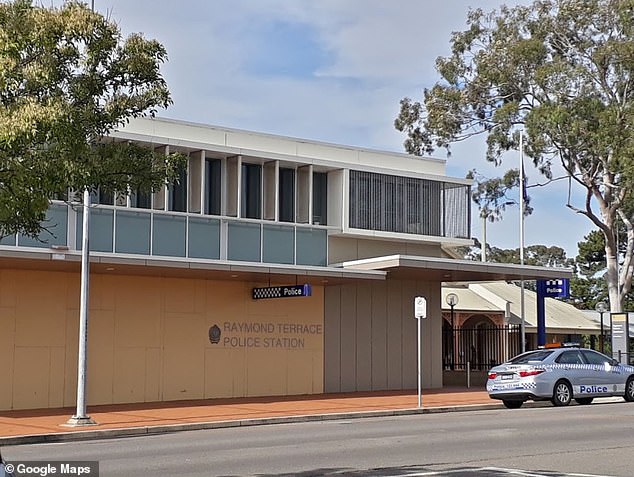