And the number of people living in absolute poverty has fallen by one million over the same period, according to the official Government figures.

Ministers hailed the numbers as ‘fantastic news’ and said the falling poverty rates and boom in employment is a sign their policies are working.

The figures show that household incomes have recovered since they nosedived in the wake of the banking crisis and recession.

However, the respected Institute for Fiscal Studies said growth in middle class wages has still lagged behind the historic average.

And the incomes of both the lowest earning households and the highest have proven more sluggish, the think-tank said.

Families Minister Kit Malthouse, said: ‘It’s fantastic news that one million fewer people are living in absolute poverty than in 2010, including 300,000 children.

‘It makes sense that poverty rates are falling while the employment rate is increasing, and today’s figures confirm that work remains the best route out of poverty.

‘We know there is more to do to ensure that every child gets the very best chances in life.

‘Our welfare reforms offer parents tailored support to move into work, ensuring that even more families can enjoy the opportunities and benefits that work can bring.’

Tom Waters, research economist at IFS said: ‘In the first five years of recovery from 2011–12 to 2016–17, incomes for middle income households grew at a moderate if unspectacular pace.

‘However, incomes for both high and low income households grew more slowly.

‘That has left income inequality essentially unchanged during the recovery, and absolute poverty lower than where it was in 2011–12.’

The figures show that middle income rates grew by 8.1 per cent – after adjusting for inflation – since 2010. 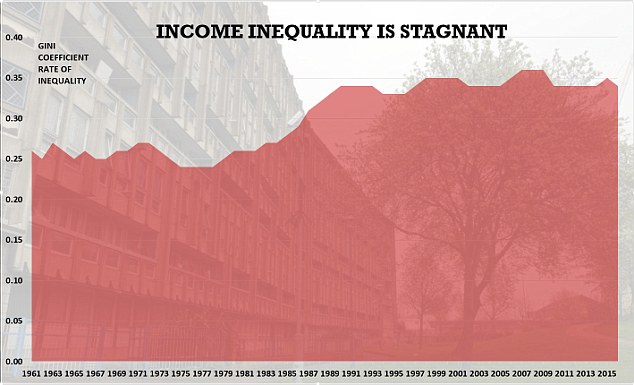 Income inequality essentially unchanged during the recovery, and absolute poverty lower than where it was in 2011–12

This is fast than in the years before the economic crash and the recession – but slower than the historical average.

Middle class Britons saw their income grow by 1.8 per cent in the past financial year alone.

Over the same period Britons with higher and lower incomes grew at around half this rate – at 4 per cent.

TUC General Secretary Frances O’Grady said: ‘If you work hard, you shouldn’t have to worry about making ends meet, but today’s figures show that despite rising employment, millions of people in working households are trapped in poverty.

‘Unless government reverses its planned cuts to universal credit, things will get much worse.’ 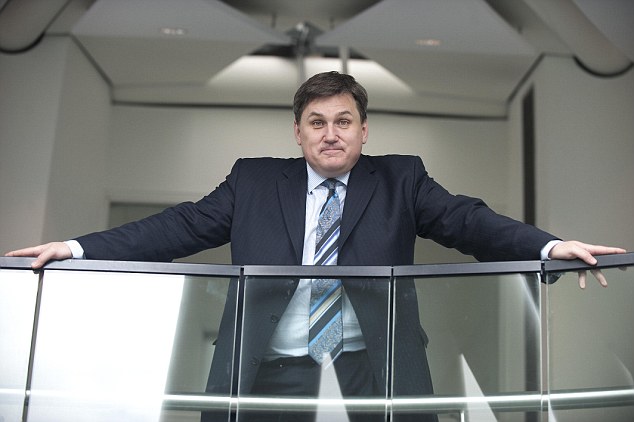 ‘Growing up in poverty can affect every aspect of a child’s life: their home, health, education, family relationships and even friendships.

‘These figures show the toll that systematic cuts to welfare, including the freeze on children’s benefits, have taken on low-income families and the Government must now urgently review this freeze.’

Sam Royston, who chairs the End Child Poverty Coalition, said: ‘Today’s figures show that the Government’s reforms are failing to reverse the rise in child poverty.

‘We are very concerned that it is children growing up in the most vulnerable households that are being hit the hardest.

‘We call on the Government to end the freeze on children’s benefits and lift the two-child limit on tax credits and Universal Credit.

‘If these policies aren’t reversed, we are denying these children an equal opportunity to succeed at school, in later life and to enjoy a happy and healthy childhood.’