The number of students getting first-class degrees has rocketed in recent years with one university awarding them to half of graduates amid damning evidence of grade inflation, a major report warns today.

Some institutions have seen firsts soar by more than 200 per cent, according to the study by the higher education regulator.

As a result, the 2.2 degree award is now almost extinct at certain universities, said the Office for Students (OfS). And even students with poor A-level grades of below CCD are three times more likely to graduate with a first than eight years ago.

The OfS said there had been ‘significant unexplained grade inflation’ since 2010-11, which ‘risks undermining confidence’ in higher education. Last night Education Secretary Damian Hinds ordered a clampdown on universities to tackle the issue.

Some institutions have seen firsts soar by more than 200 per cent, according to the study by the higher education regulator

They could face huge fines or even get booted out of the sector in a bid to control the problem.

Mr Hinds said he had told the OfS to ‘deal firmly’ with the worst offenders and insisted that ‘the scale of this increase in firsts and 2.1s cannot be proportionate to improving standards’.

He stressed: ‘I sincerely hope today’s figures act as a wake-up call to the sector – especially those universities which are now exposed as having significant unexplained increases.

‘Institutions should be accountable for maintaining the value of the degrees they award.’ 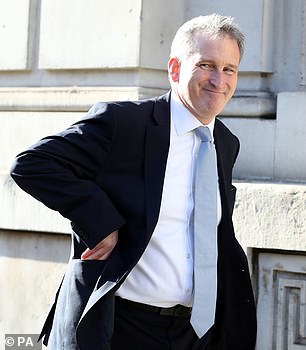 The OfS analysed degree classifications at 148 universities and other higher education providers across England between 2010-11 and 2016-17. The watchdog used statistical modelling to predict ‘expected’ patterns in degree attainment, taking into account factors such as students’ prior qualifications, subject studied, ethnicity and gender.

It discovered evidence of ‘unexplained’ grade inflation at a staggering 84 per cent of institutions.

This was either relative to the rest of the sector or to the universities’ prior levels.

But 52 per cent (77) of providers had a ‘statistically significant unexplained increase’ in first-class degrees, relative to both the sector and their own previous levels of awards. This includes the University of Surrey, where 50.1 per cent of degrees were classified as firsts in 2016-17, compared to 22.9 per cent in 2010-11.

Of this 2016-17 proportion, around two-thirds – 25.9 percentage points – could not be explained by students’ prior attainment and other factors. Between 2010-11 and 2016-17, the largest percentage increases in firsts were at University College Birmingham (up 225.7 per cent) and Leeds Trinity University (up 220.8 per cent). 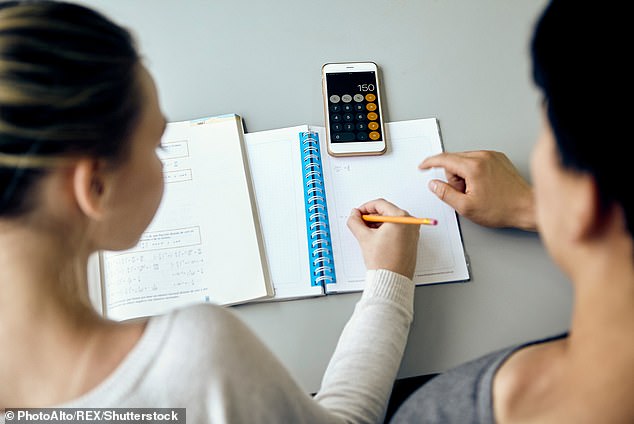 The analysis also shows that in 2010-11 just 6.4 per cent of students who gained below CCD at A-level went on to achieve firsts at university, compared to 18.3 per cent in 2016-17. And at nine universities, including Surrey, the combined proportion of firsts and 2.1s awarded exceeds 90 per cent.

The OfS has a range of possible sanctions against institutions including fines, suspension and the stripping of degree-awarding powers. Nicola Dandridge, chief executive of the OfS, yesterday said it was ‘fundamentally important’ that degrees ‘hold their value over time’. She warned that the sector ‘must quickly get to grips with this issue’. She added: ‘If they do not take action, we will use our powers to drive change.’

Alistair Jarvis, of Universities UK, insisted that institutions are ‘already taking steps to tackle grade inflation’. Professor Jane Powell, of the University of Surrey, said its academic standards are endorsed by external examiners.

She added that a review was under way to ensure ‘all assessments are sufficiently stretching’.