A 64-year-old woman has been arrested after a man, 65, was found dead at his home after ‘falling down the stairs’.

The 65-year-old, named locally as Donald Cocks, lived in a mid-terraced property in a quiet street in Nuneaton, Warks, with his wife Sheila, who is alleged to have been arrested.

Warwickshire Police visited the address on Monday morning, after being contacted by paramedics and a local woman, who was known to the victim, was detained on suspicion of murder.

A neighbour, who did not want to be named, said: ‘I heard he fell down the stairs and broke his neck.

Police arrested a 64 year old woman yesterday, on suspicion of murder after ambulance crews attended the house above, and found a 65 year old man dead

‘He was quite a big bloke and I’d never seen him drinking before or heard any trouble.

‘They were a nice couple, always polite, always said hello.

‘They had been there for about five years and there was never any trouble.

‘Police were there all day but I didn’t know she had been arrested.

‘He was a perfectly nice bloke, its very sad.’ 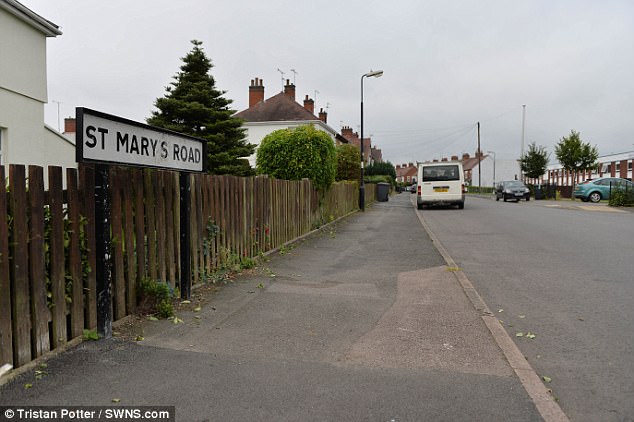 The man has been named locally as Donald Cocks, and the arrested woman is said to be his wife, Sheila

Another local resident, who also wished to remain anonymous, added: ‘This is a nice quiet area so it has really rocked the neighbourhood.

‘Everybody knew them as a friendly and respectable couple. She would be the last person you would think of to get arrested. 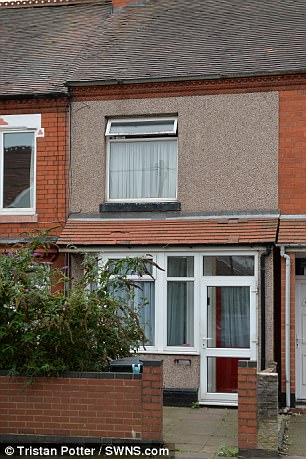 ‘It has really shocked everyone. They seemed like the perfect couple.’

Emergency services were called to the address in Nuneaton at 9.43am on Monday.

Officers say the man’s next of kin has been informed and a post mortem examination is due to take place before he is officially identified.

Detective Inspector Anna Middleton said: ‘At this stage we believe the deceased and the woman in custody were known to each other.

‘We’re keen to hear from anyone who has information that could help with our enquiries, especially if they heard or saw anything unusual at the property yesterday or this morning prior to the police arriving.’

Alternatively, information can be provided anonymously to the independent charity Crimestoppers on 0800 555 111 or via www.crimestoppers-uk.org