Nuno Espirito Santo is waiting for the OK from his agent to sign a new contract after dropping a strong hint he will stay at Wolves for the long term.

The Portuguese manager said: ‘In terms of the contract I don’t have to worry about anything because it’s not my job. I don’t negotiate contracts, I just wait for an email to say “go ahead”.

‘This is the situation, it’s not an issue for me or the coaches. All the hours of our day are basically the same, working to improve the team.’

The 46-year-old is expected to sign a three-year contract with a significant pay rise from his current £3million deal.

After the last game of their 383-day season, Nuno gave the board a clear message new players were needed.

Since then, forward Fabio Silva, 18, has joined for £35m, defender Marcal for £2m and midfielder Vitinha on loan. Wolves want to add at least one more player this month. 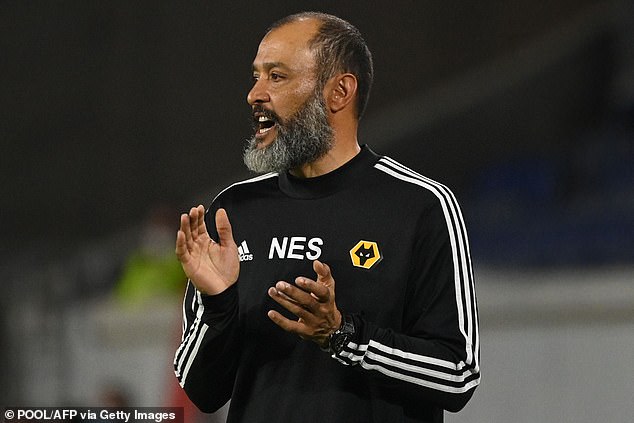