‘It’s about the identity… the character of the team was evident’: Nuno Espirito Santo hails persistence of his Wolves players after Raul Jimenez’s strike downs ‘amazing’ Leeds

Wolves boss Nuno Espirito Santo felt his players were rewarded for showing their true character in a 1-0 win at Leeds.

Raul Jimenez’s deflected second-half shot clinched Wolves their third Premier League win of the season and catapulted them up to sixth in the table.

Santo’s side were outplayed in the first period, but showed more aggression after the break and had a goal ruled out for offside by the video assistant referee before Jimenez’s 70th-minute effort. 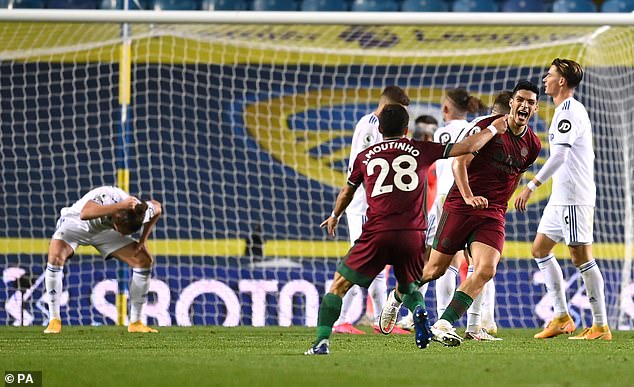 ‘We were better with the ball and created more chances (in the second half),’ Santo said. ‘It’s about the identity.

‘We know we have to have organisation to stay in the game and the character of the team was evident.

‘Especially the effort of the players. Like I said, the answer in terms of fitness, our energy was much better. We had chances. We had good situations before and after the goal.’

Romain Saiss’ superb finish into the bottom corner in the 54th minute was chalked off by VAR, which deemed Daniel Podence had been offside. 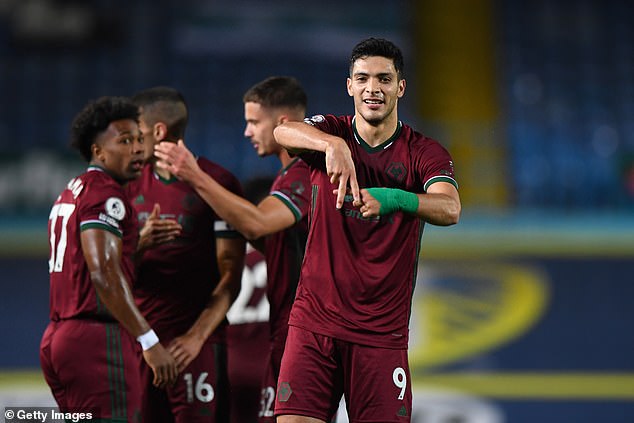 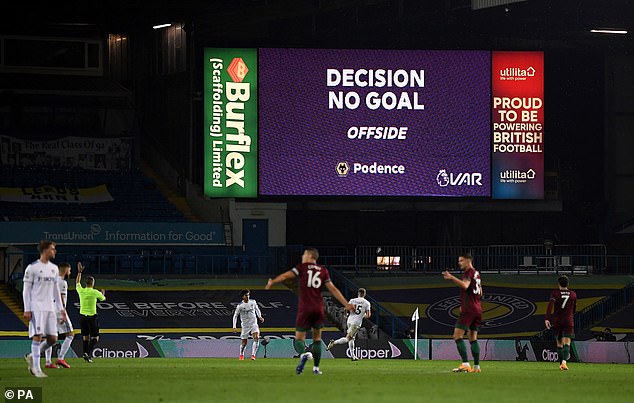 Leeds dominated the first 45 minutes. Patrick Bamford’s header was ruled out for offside, Rodrigo was wayward with two headers and they had a penalty appeal turned down when Helder Costa went down under Joao Moutinho’s challenge.

‘Leeds started very strong and caused us enormous problems, their breakers, they were able to create situations,’ Santo said. ‘We adjusted better as the game went. I think we kept on growing during the game.

‘The energy of the players, the manager, the ideas. It’s very difficult and in the second half we did better.’

Leeds boss Marcelo Bielsa was left to rue a goalless first half in which his side failed to turn dominance into goals. 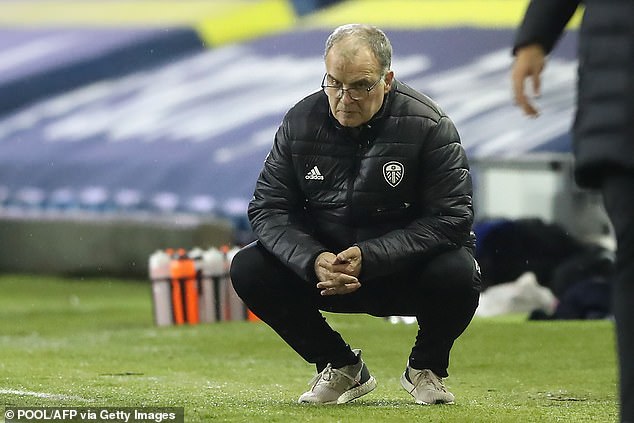 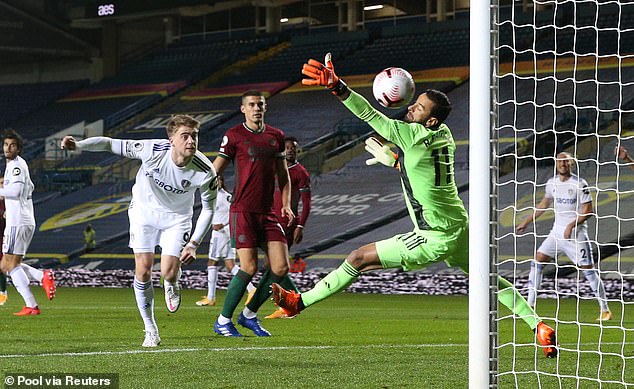 ‘Given how the game went we thought we did enough to create a lead,’ Bielsa said. ‘When an offensive team does not take their chances, the opposing team senses this and starts to grow in confidence.

‘The game was very physical, there were many interruptions and it was difficult to find any continuity in the game. We lost some offensive capacity.’

Bielsa said he was still waiting to learn the severity of skipper Liam Cooper’s groin injury, which forced him to withdraw from the warm-up before kick-off.

Leeds dropped one place to 10th in the table after taking seven points from their first five matches.