Nuno Espirito Santo was asked a good few questions the other day and he was missing a few good answers.

Eric Dier’s injury, that of Son Heung-min, the red card for Japhet Tanganga? Let’s wait, doesn’t know, didn’t see. The problem, of course, is those are the easy ones.

The trickier issue is that the league table stopped supplying fig leaves for Tottenham’s modesties in the early stages of Saturday afternoon. 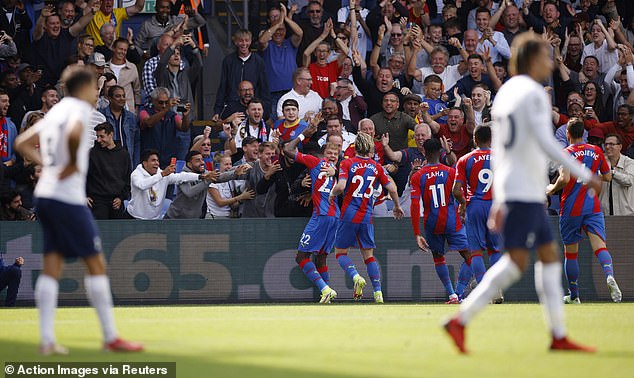 There should be no sprint to sweeping judgments against any team who have knocked off three wins in four, including over Manchester City.

But what played out in Tottenham’s hammering by Crystal Palace was a jolting confirmation of suspicions that lingered around the trio of 1-0 victories.

Nuno made no attempt over the weekend to swerve what we all know, so he admitted the lack of creativity from the Spurs attack at Selhurt Park was a ‘big concern — we had enough quality and talent to play better’.

But how does he fix it? Already it seems the challenge that will define Tottenham’s level of success this season, for what good is it to keep a driver like Harry Kane when the engine is knackered?

Consider a few of the glaring statistics that came out of the Palace game. For the first time in his Premier League career, Kane neither had a shot nor a touch in the opposition’s box across a full match. 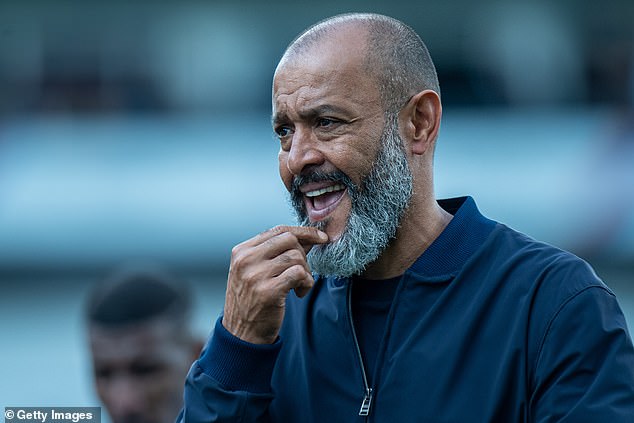 On a collective level, Tottenham’s two shots was their lowest in a Premier League game since August 2005 against Blackburn. Stuart Pearce was fighting to keep Manchester City out of the bottom three back in those days.

Nuno is in the early stages of rebuilding after the Jose Mourinho fire, so most sensible folk will quite rightly see the early return of nine points as an over-performance of sorts, particularly the City win.

But shortcomings snowball quickly in the Premier League and ineffective supply lines through midfield are rarely a feature of teams that make the top four or five or maybe even six.

If there was a specific concern against Palace — a performance that was even more mind-numbing than the statistics would suggest, even prior to Japhet Tanganga’s red card — it was in its predictability.

Nuno set up with a shielding platform of three (Pierre-Emile Hojbjerg, Oliver Skipp and Harry Winks) against a side with no wins this season and a demonstrable failure to score through long swathes of the last campaign. 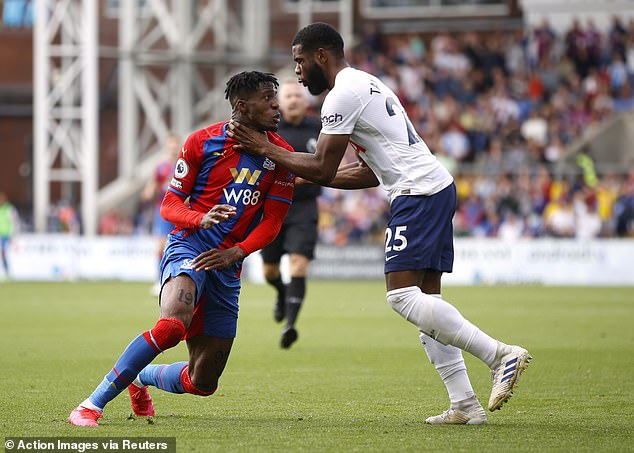 Palace are more progressive under Patrick Vieira and the contributions of Wilfried Zaha and Odsonne Edouard on Saturday, if duplicated with any regularity, would indicate they will break a few noses this season.

But for Tottenham to adopt such a cautious position from the outset felt rather unadventurous, particularly when there is a rain-maker on the bench in Tanguy Ndombele. Their record signing, lest we forget.

The circumstances of the game made it hard and that needs consideration.

Even before Tanganga’s sequence of extraordinary decisions — two bookable challenges and fisticuffs with Zaha in the space of three minutes — Spurs were up against it.

Three players were missing because of their trip to South America and Son and Steven Bergwijn were unfit. That limited Nuno’s hand, but it doesn’t explain why the pressing operation seemed to stop around the 20-minute mark, and it doesn’t address why no substitutions were made to change the tide at 1-0 down. 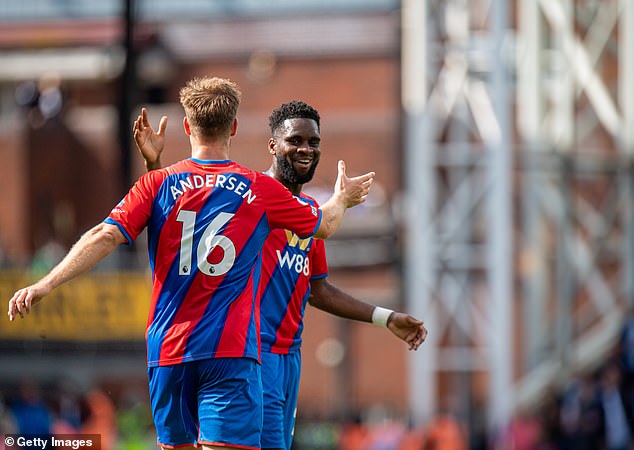 Already there has been an uncomfortable move away from Nuno’s preferred methodology — a manager who favours limited rotation, he has used 20 players already this season, compared to 21 in the entirety of the 2019-20 season with Wolves.

He has the squad to make those changes, though it will be severely tested now, just weeks into the season.

Dier looked in considerable pain after coming off early, Davinson Sanchez will only come out of Covid isolation a day before the Chelsea game next Sunday and Tanganga will be suspended.

That leaves a very light defence for a team that is currently averaging only 43 per cent of possession in their league games.If the defence becomes a problem, then the attack will need to be fixed with even greater urgency.