A nurse killed a pensioner during a head-on crash after taking strong painkillers and losing control of her pick-up truck at 71mph, a court heard.

Cerys Price was driving with her then-boyfriend Jack Tinklin as her passenger when she ‘slumped on the steering wheel’ before ploughing over the central reservation into the path of a car driven by 65-year-old Robert Dean, prosecutors say.

The 28-year-old denies causing death by dangerous driving over the incident on July 15, 2016, which also left Mr Tinklin seriously injured.

Cerys Price was driving with her then-boyfriend Jack Tinklin as her passenger when she ‘slumped on the steering wheel’ before hitting an incoming car, Cardiff Crown Court (where she is pictured including right, today) heard

He told Cardiff Crown Court: ‘The prosecution case is that Ms Price was a graduate level nurse and should have known how dangerous it was for her to drive in that state.’

The court heard the incident happened on the A467 in Newport at around 4.30pm when the weather was fine, dry and clear. Price was driving an Isuzu D-Max pick-up truck, with Mr Tinklin as her passenger.

Mr Evans told the court the couple had an argument and Price turned around to return home rather than go on the camping trip they had been planning.

Describing the prosecution’s account of what happened next, he said: ‘She went stiff and appeared to have lost control or full consciousness. They crashed over the central reservation.’

Mr Dean was driving a Vauxhall Astra southbound on the A467 dual carriageway between the Rogerstone intersection and the Bassaleg roundabout.

Mr Evans said: ‘Suddenly the Isuzu veered to the right, over the central reservation and into the opposite carriageway. It narrowly missed a lorry, but hit Mr Deans’ Astra head-on.’ 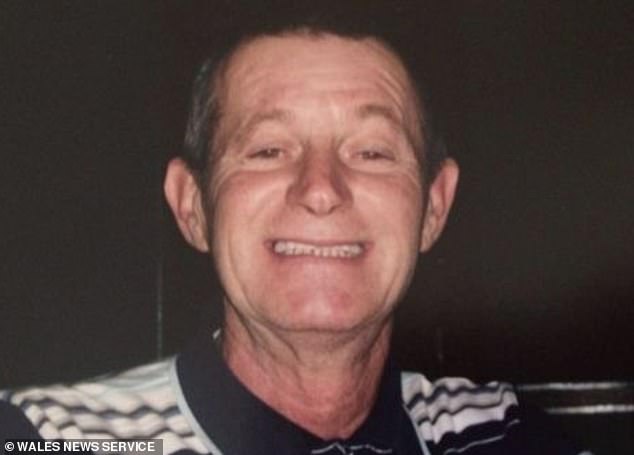 The court heard a Royal Mail worker and a medical student went to help Mr Dean, who was ‘unconscious’ and ‘bleeding from his mouth and nose’. He died at the scene.

Mr Tinklin suffered spinal and abdominal injuries, as well as a soft tissue injury to his wrist.

In his evidence, Mr Tinklin said: ‘She just seemed like she had a seizure. She made a funny noise and then she slumped on the steering wheel. We were just about to hit a lorry.’

The pick-up truck’s computer showed it was travelling at 71mph shortly before the collision.

She consented to having a blood sample taken and was found to have Tramadol in her blood at a concentration of 1,803 micrograms per litre.

Mr Evans said: ‘It is the prosecution case that having taken that amount of that drug, unprescribed by any doctor, she was in no way fit to drive a car.

‘Her loss of control must have been due to her voluntarily and dangerously choosing to drive in that seriously drugged-up state.’ 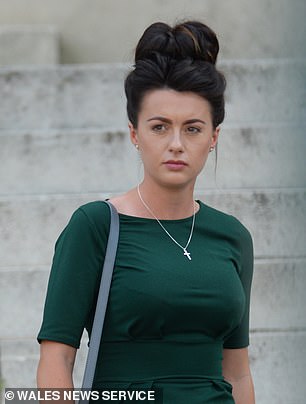 The court heard the side effects of Tramadol can, in normal doses, include dizziness, confusion and lack of coordination. Higher doses are associated with muscle spasms, seizures and coma.

When she was interviewed by the police, the defendant said she had no recollection of what had happened leading up to the collision.

During her first interview, she referred to taking an anti-depressant called Citalopram. She later told the police she had bought Tramadol in Mexico.

Price stated said she had last taken Tramadol about two days before the incident and usually took one tablet. It is her case she had a seizure caused by epilepsy.

Mr Evans said: ‘The prosecution do not accept her account about how much she had taken.’

He added: ‘The prosecution case is that Ms Price was a graduate level nurse and should have known how dangerous it was for her to drive in that state.

‘To do so falls way below the proper standards expected of drivers on our roads. She lost control in that state.

‘A completely innocent man, simply minding his own business driving along the opposite side of the road, lost his life.

‘Her boyfriend suffered serious injury. You can be sure that those awful consequences were directly caused by her dangerous driving.’

The case, which is expected to last for two weeks, is being held before Judge Michael Fitton QC and a jury of seven men and five women.