The woman accused of ‘cashing in’ on the deaths of five people whose car she saw plunge from a pier has apologised and talked of the hatred she has suffered.

Stephanie Knox, 25, is claiming compensation for ‘loss of earnings’ as a result of the tragedy which left her traumatised.

Her then boyfriend Davitt Walsh dived into the water and managed to save a four-month-old baby girl, but could not save the other five occupants of the 4×4 car.

Stephanie Knox, 25, (pictured right) who held the only survivor of the horrific tragedy, a four-month-old baby girl, after she was rescued by her then boyfriend Davitt Walsh (left), claims she thought she was suing Donegal County Council, not the bereaved family

Mr Walsh told MailOnline he believed his ex-girlfriend’s money seeking was wrong and that he wanted nothing to do with any compensation claim.

But Stephanie said she had been left extremely low by the public and internet backlash against her move.

Writing on Facebook, she said: ‘Rumours in Derry can be spread so easily and misread so quickly but they can’t be forgotten or taken back as easy.

‘No wonder there is a high suicide rate in this country because the way people talk about other people without even knowing them or knowing the full story it would tip you over the edge if you’re in a very bad place already. 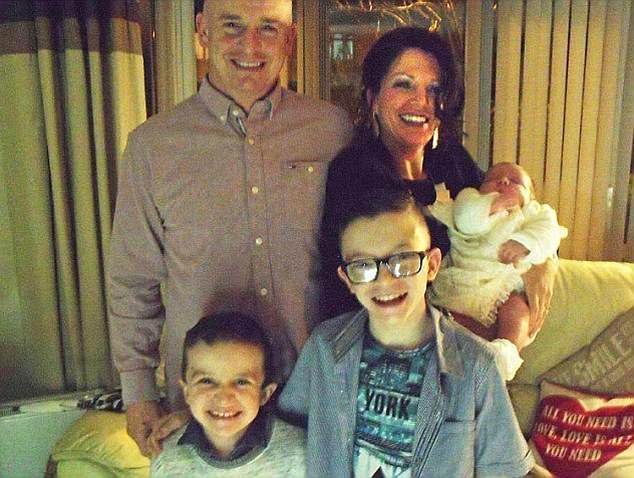 Sean McGrotty (back left) and his sons Mark, 11, and Evan, eight (pictured front) died when the Audi they were in plunged off a pier and into the water. Their baby sister Rionaghac-Ann (pictured with their mother Louise James, who was not involved in the crash) survived

‘It has come out that I’m claiming for post traumatic stress which I’ve been suffering from terribly and being treated for a few months after the accident and to this very day .

‘I’ve talked to so many people but nothing helps or takes away the guilt I’ve felt ever since that night because I didn’t do more which I will have to live with.

‘I was told by the Garda that there was people claiming for the accident they never mentioned who but I later found out who.

‘I never had one thought or even notion to do this sort of thing or never even knew you could for that matter so that is why it’s coming out 2years later because I wasn’t doing it from the start when others were. 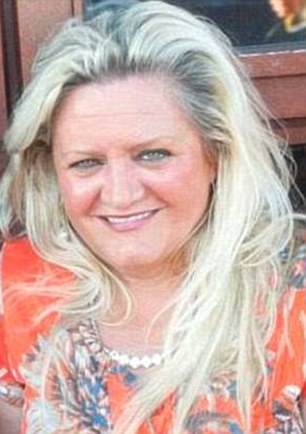 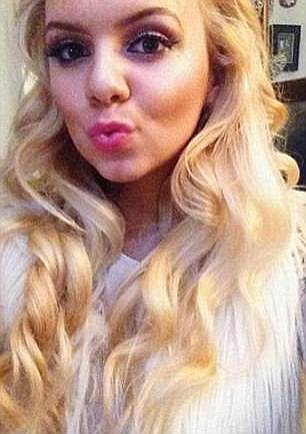 ‘From my meeting with my solicitor I had mentioned to him that other people were doing it and I was looking for advice and help in the matter.

‘I left it in the capable hands of them to follow up on the investigation. Not once was I told I was claiming against the family.

‘I had just always thought it would of been the same as Immediate family which was the council because the pier that night was full of algae or the insurance never in my life did I think it would be coming from the family and I was never told it was coming from them.

‘I know a letter was sent to them recently but I have still not seen this letter to date. I have been to see my solicitor to clear things as make sure that I was not claiming from an ’86 year old man or the family’ and they had told me that I wasn’t I was maybe getting compensation for the traumatic event from either council or the insurance company. 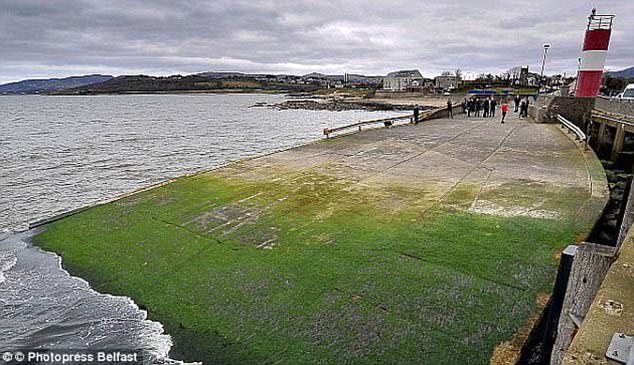 ‘I am also not getting compensated for my time off work as I was off on annual leave. Nothing will stop hateful messages, comments looks and stares that I’ll receive from people in this town.

‘From that day I’ve gotten threatening messages and letters in the post because I didn’t do enough I’m fame hungry I’m ugly im this and that I’ve heard it all. If anyone knows me that well yes I like to take a selfie here and there but I’m the most insecure person you can meet I like to hide behind a camera and use a nice filter.

‘All I’ve ever wanted to do was help nothing else, yeah there’s times I think my life would be a lot different if I was never there that night if I had never witnessed what I saw.

‘There’s always what if’s and people’s always going to have there own opinions everyone has one . But writing this to just clarify to my friends and family who may think different of me now I’m still the same Girl that you know and yes nothing will ever take away what I saw that night and I never meant to hurt anyone or cause them stress.’ 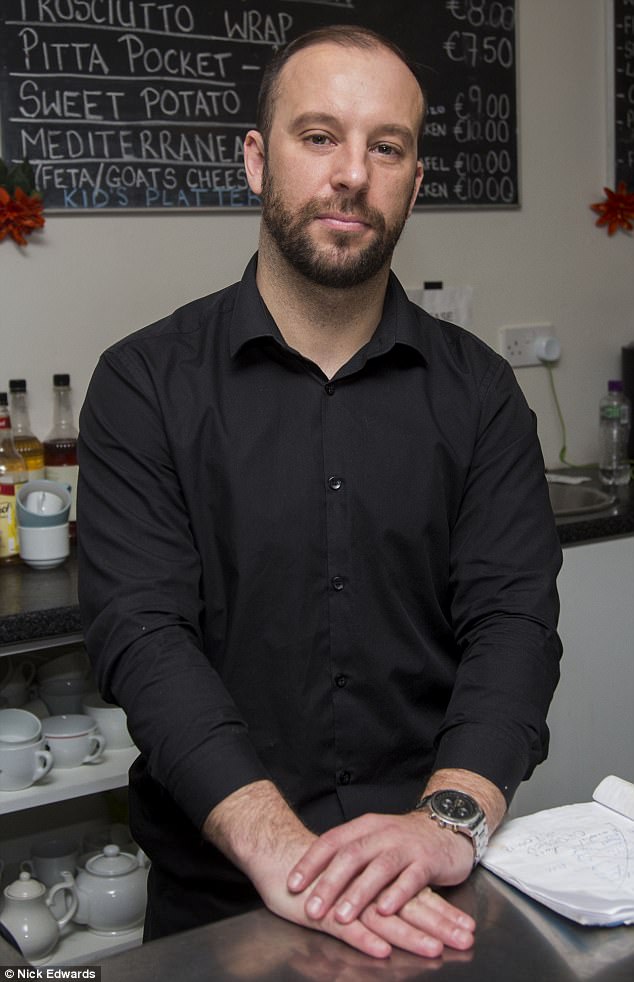 Mr. McGrotty was more than three times over the legal drink-drive limit when the 4×4 plunged from the pier.

Mr. Walsh dived in and managed to rescue four-month-old Rioghnach-Ann, who was the only survivor.

Yesterday Mr Walsh said his ex, Ms Knox, who witnessed the horror unfold, was ‘wrong’ to try and claim compensation – adding: ‘I am having no part of it.’

Speaking exclusively to MailOnline, Mr Walsh said: ‘What I feel is that this is all wrong. It has got nothing to do with me – that is all about money.

‘I am not interested in money. Stephanie can do whatever she wants but I don’t want any money. I just want to get on with my life. I did my bit. I saved a child. I risked my life and nearly died. It was a miracle that I came out alive.

‘I am struggling to move on. Jesus, how would you feel if you saw five people die? It is not nice. I get nightmares and I am struggling.’ Ms Knox’s solicitor Maeliosa Barr added that she is not suing the McGrotty family – saying: ‘She is making a claim, on the advice of her legal team, against Donegal County Council and the estate for injuries sustained.’

Ms Knox and Mr Walsh separated several months after the tragedy in March 2016.

Her former partner said that he was still undergoing counselling over the ordeal.

He said he and Ms Knox had broken up 18 months ago.

But he said he believed that Ms James, the mother of the children who perished, should press ahead with her compensation claim. 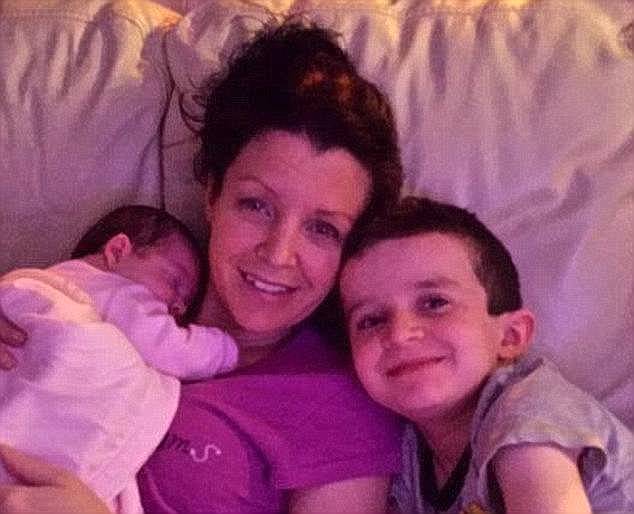 Ms James (pictured), who was at a hen do in Liverpool when the tragedy took place, is pictured with her baby daughter who survived and son Evan, who passed away

‘Louise has to be compensated obviously. She lost her family. I don’t think money is ever going to help her. But if she wants money she should have it.’

He said he was no longer in contact with Ms James, adding: ‘She changes her number every few months.’

Ms Knox’s sister Laura said in a Facebook post she would ‘never be as spiteful to claim off the family’ and stressed that she thought she was suing Donegal County Council.

Laura explained: ‘Stephanie was informed by the Gardai [police] that people who were on the pier that day were claiming so Stephanie went to her solicitor for advice. 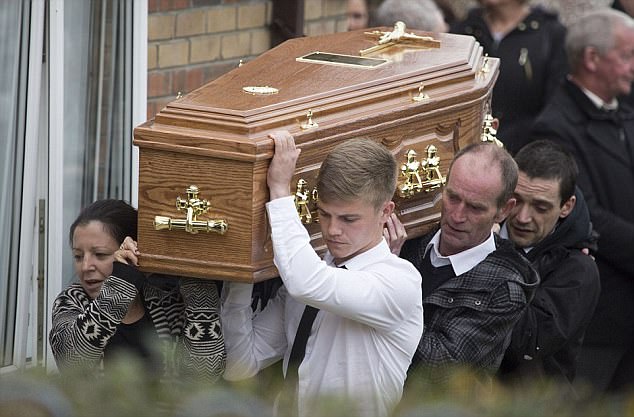 ‘Stephanie is not the type of person that people are making her out to be all over Facebook and anyone who actually knows her would know this.’

She added: ‘She was under the impression that the claim was against the Donegal council and due to the same reason that the family were claiming for – algae being on the slipway and other reasons. 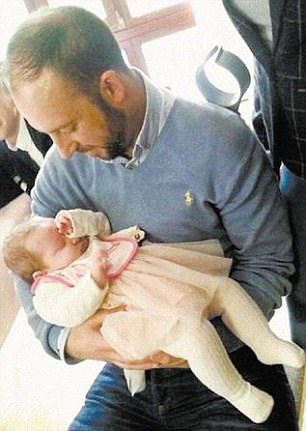 ‘That day has ruined her life forever witnessing five people die in front of her and her life will never be the same.

‘So before you go and give your opinion think of what she may already be going through as it is and that by giving your opinion about something you know nothing about, the knock on affect that it may have.’

Mr McGrotty’s elderly father Noel, 86, has told of his confusion after being sent a letter by Ms Knox’s solicitor.

He added: ‘It was a big envelope full of legal documents – hard for the ordinary man in the street to understand,’ he said.

‘Then I saw the name Knox and realised it was from the girl that took the baby when she was brought out of the water that day.’

But he said he was unsure why he was sent the documents because he is not the executor of his late son’s estate.

An inquest in November 2017 concluded Mr McGrotty died by misadventure.

It later came to light his partner Ms James was suing the council after claiming the slipway at the pier should have been closed to the public. 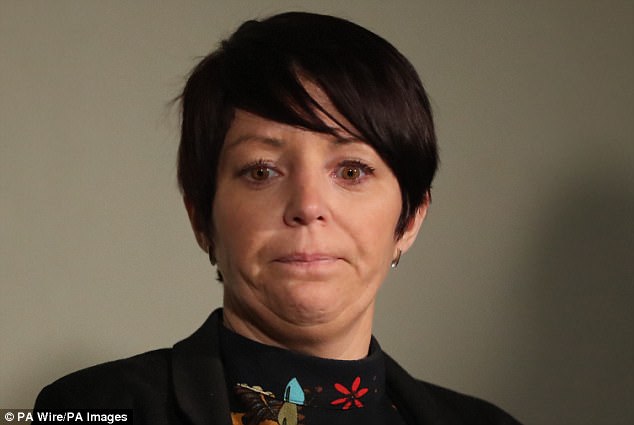 But legal experts are skeptical Ms James has a case. A lawyer has said: ‘The fact that he, as the driver of the car which went over this pier, was three times over the drink drive limit, could play a significant part in deciding any civil court case.’

They added that any culpability the council may have would be severely reduced by Mr McGrotty’s drink driving.

Ms James said the pier was an ‘accident waiting to happen’ because there were no signs warning of the dangers of slipping and a gate designed to control crowds using a summer ferry service in the popular tourist spot was left open.

‘My heart is shattered,’ she said, as she described Mr McGrotty as a wonderful partner and adoring father and spoke of her ‘disbelief, pain and anger’. 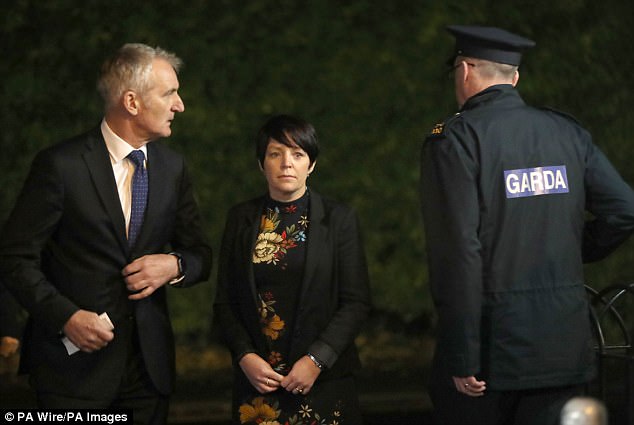 Ms James (pictured centre) is pictured leaving the Lake of Shadows Hotel in Buncrana, where she said her heart was shattered by her family’s deaths

‘He lived for them and it is clear from what this inquest has heard that in fact he died as he lived, in that he could have saved himself and chose not to,’ she said.

‘I firmly believe the slipway should have been closed to the general public or else proper warning signs displayed as it was an accident waiting to happen.

‘Hopefully lessons will be learned and the recommendations made following this inquest will be implemented.’

The panel had been asked to deliberate on whether the deaths were accidental or a result of misadventure. 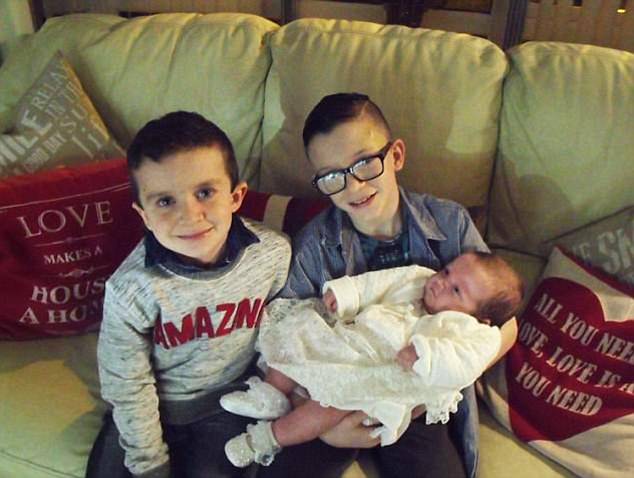 The tragic brothers Mark, 11, (right) Evan (left), eight are pictured with their sister, who survived when her father passed her out of the car window to a hero who swam to get her