Tamara McCorkindale, 20, was found dead at her home in Chorley

A nursery worker died after accidentally overdosing on prescription medication as she attempted to cure a crippling stomach pain.

Tamara McCorkindale had been complaining of abdominal pain since she was just 11 but doctors were never able to establish what caused it.

The 20-year-old was found dead at her home in Chorley, Lancashire after her worried parents, who were on holiday at the time, alerted police when they were unable to contact her.

Tamara had been diagnosed with a ‘functional pain’ and prescribed various tablets including the painkillers Tramadol, Amitriptyline and Nortriptyline.

Her family said she put on a brave face at work and was ‘upbeat’ but would often return home tired.

Tamara was found in May after her parents Julie and Campbell McCorkindale called police. It is thought she may have lost track of how many tablets she should be taking.

Tests found that she had 4.8 microgrammes of nortriptyline in her blood – the fatal dose being 3mg.

The inquest in Preston was told Tamara was in ‘great discomfort’ and had been to see her GP and various specialists, including a gynaecologist and gastroenterologist since 2008 who all failed to provide a diagnosis.

Her heartbroken mother Julie McCorkindale told the inquest: ‘The pain she suffered was day in, day out over a number of years. It got her frustrated and it would have got a lot of people down.

‘Her pain make her very tired but when she was at work looking after the kids she would run around and put on a brave face. But she would be very tired when she got home.’ 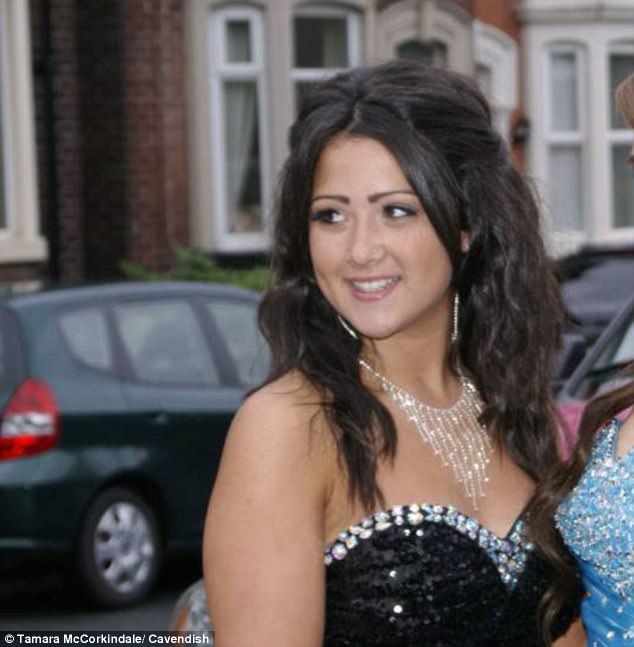 The 20-year-old was found dead at her home in Chorley, Lancashire after her worried parents, who were on holiday at the time, alerted police when they were unable to contact her

She added: ‘Sometimes I would have to remind her to take her tablets. If she was not suffering she would not take them.

‘Whilst we were away the communication we had with Tamara was on FaceTime, you could see her and she was talking to us doing her hair and makeup. She kept saying to us “when you’re home I’ve got lots to tell you”. 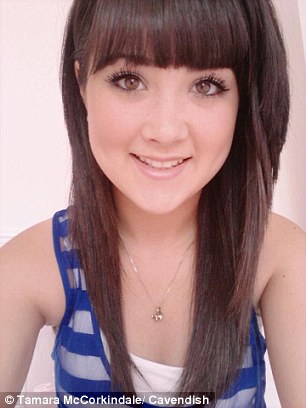 ‘She ordered flowers for our anniversary and she got them delivered to her work because she wanted to give them to us herself.’

Tamara was found by officers lying on her bed, after messaging family and friends to tell them she was ‘going for a nap’.

‘She would do that a lot, she would lie on her bed and have her tea later. We often shouted up that her tea was ready.

‘If only I would have been there and given her her tea. Everybody was trying to text her and ring her.

‘With us not there, she probably only took her tablets because she was really in pain and she wanted to get rid of it.

‘Unbeknownst to her she took too many. There was still lots of tablets next to her. We could have opened a chemist in our house. She took them for the pain relief.

‘We have gone through the what ifs and the why for the last three months. It was the biggest decision in my life telling the police to break into my house. 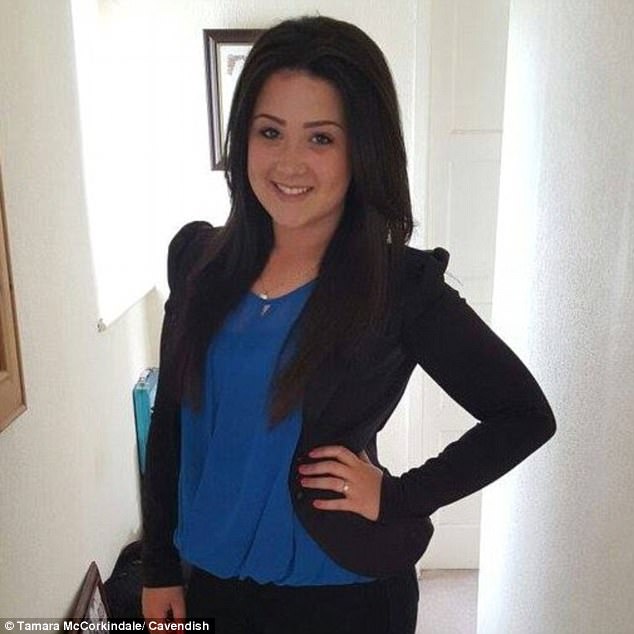 ‘She was amazing, she should be here and I honestly believe it was an accident and it should have never happened.

‘We can’t thank the doctor enough – I think if it was not for him Tamara would have been in a lot more pain long term.’

Miss McCorkindale’s family GP Dr Marcus Jacobs, said: ‘Tamara was in an awful lot of discomfort but it was never diagnosed. She had seen various specialists over the years and was often frustrated by a lack of diagnosis.

‘She was seen by a gastroenterologist, a gynaecologist, an adult enterologist who made a presumption diagnosis of a functional pain – where there is no obvious physical cause.

‘It could be the fact that the pain is just not well understood medically. It can be something we have not yet discovered – there are lots of people who suffer with functional disorders.

‘Some may be related to stress and anxiety, some could be that we just don’t know yet. For someone like Tamara, suffering such discomfort would make you very down.

‘When I used to see her she used to be fairly upbeat about things. She would understand and be fed up with the fact we were not getting to a diagnosis and were not giving her any real answers. 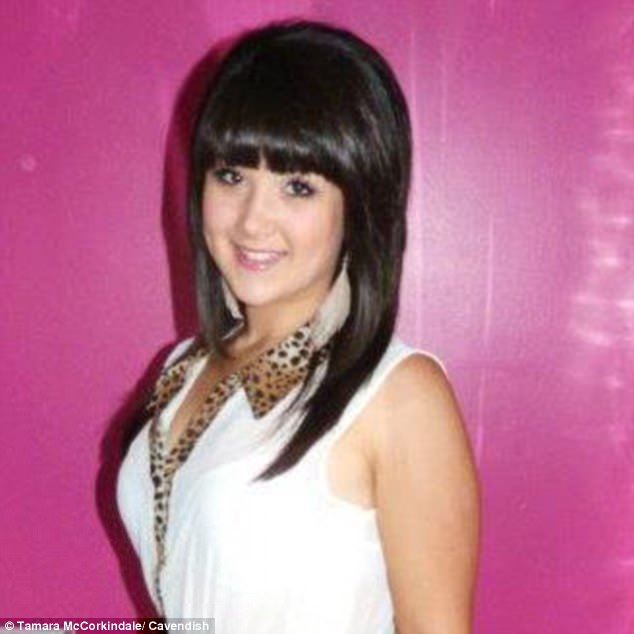 ‘She seemed to be well for a few months and then she would be struggling again with the pain. It was frustrating for everyone.

‘She was prescribed a number of medications, lots of different pain killers. The impression I got was that the pain used to come and go and there were times she would manage it really well and it wasn’t interfering with her life too much and then she would get this pain and it would be quite debilitating.

‘It was very frustrating for me because you end up referring to specialists hoping to get an answer and would draw a blank. Her mood was always good, she would sometimes seem a bit fed up but I never felt she was depressed. She always came across quite upbeat despite it all.’

Recording an accidental death conclusion, coroner Richard Taylor said: ‘Unfortunately I will never be able to answer the why, we just can’t do that. Whether she took a bit, had a sleep and took some more – we can only speculate.

‘She may have taken a little bit more than what she should have done. I can only offer my sincere condolences.’