An experienced nurse has been fired for accessing a patient’s private records to get his phone number to start a sexual relationship with him.

The rehabilitation nurse, who wasn’t named, had been working at the Hampstead Rehabilitation Centre, north of Adelaide, for 15 years when the incident occurred, The Advertiser reported.

The agency heard the nurse and the former patient started to exchange text messages before she went to his house to engage in ‘consensual sexual behaviour’.

During a hearing with the AHPRA, the nurse admitted to the accusations and said she initially accessed the phone number to check on the welfare of the patient.

She told the agency she was not in the right state of mind and attempted to end the relationship after realising he error.

She was transferred to the Queen Elizabeth Hospital quality and safety department in early 2017 but was fired by July of the same year.

Her actions were deemed as an act of professional misconduct and the tribunal ruled her actions after obtaining the phone number were continued breaches of the code of conduct.

‘Under this conduct, nurses have a responsibility to maintain a professional boundary between themselves and the person being cared for, and sexual relationships between nurses and persons with whome they have previously entered into a professional relationship are inappropriate in most circumstances,’ the tribunal stated.

Her nurse’s registration was suspended for 12 months and she was also ordered to undergo and pass a series of training courses before she can reapply. 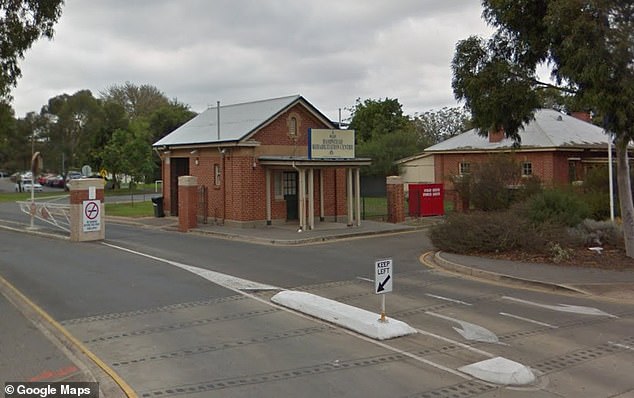