Nurse Lucy Letby cleared of one count of murder

A nurse accused of multiple baby murders has had a not guilty verdict recorded for one of the charges at a court hearing.

At a hearing at Manchester Crown Court on Friday, Nick Johnson QC said the prosecution was offering no evidence on one of the counts of murder.

Mr Justice Goss formally directed a verdict of not guilty be recorded on that count. Letby entered not guilty pleas to all the remaining counts at an earlier hearing.

She appeared in court via video link from HMP Bronzefield on Friday, speaking only to confirm her name, during an 80-minute hearing which dealt with matters ahead of her trial which cannot be reported.

Lucy Letby, 31, pictured, is alleged to have gone on a year-long killing spree while working on the neonatal unit of the Countess of Chester Hospital, Chester 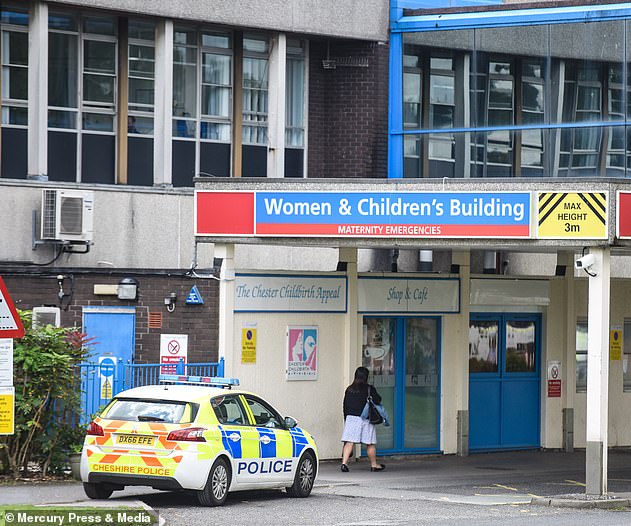 Around a dozen parents of the children involved sat in the public gallery watching proceedings.

Letby is alleged to have killed the babies while working on the neonatal unit of the Countess of Chester Hospital, Chester.

A court order prohibits reporting of the identities of surviving and dead children allegedly attacked by Letby, and prohibits identifying the parents or witnesses connected with the children.

The defendant, of Arran Avenue, Hereford, was remanded into custody to appear for a further pre-trial hearing on July 29.

Her trial, estimated to last up to six months at Manchester Crown Court, is scheduled to begin on October 4. 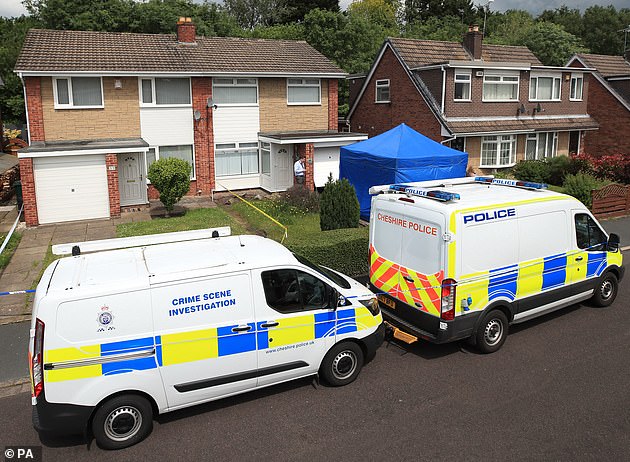 The nurse appeared at Chester Crown Court via video link from HMP Bronzefield in Ashford, Surrey (Pictured: Police at the home of nurse Lucy Letby in Chester)

In April, she appeared in court via videolink ahead of her trial.

The nurse is currently being held at the HMP Bronzefield prison in Ashford, Surrey.

She sat impassive throughout the 45-minute hearing earlier this year and spoke only to confirm her identity and that she could hear proceedings via a videolink from Manchester Crown Court.

Ms Letby had first been detained by Cheshire Police back in 2018 after a spike in the number of deaths at her neonatal unit.

She was re-arrested over the same alleged offences in 2019 and again last year.

Police launched an investigation after the hospital raised concerns at the high number of deaths between March 2015 and July 2016 – which were said to be 10 per cent above average.

An internal inquiry was undertaken when medics found premature babies had died following heart and lung failure, but were unusually impossible to resuscitate.

Ms Letby has pleaded not guilty to all charges.