A nurse who sparked fury by saying live on national television: ‘If you voted Conservative you don’t deserve to be resuscitated by the NHS’ today claims she is being ‘vilified as a monster’.

Former NHS nurse Miranda Hughes, 46, made the incendiary remarks about the healthcare system during a live TV debate on Channel 5 on Monday.

The inflammatory comments sparked a social media backlash, with Twitter users suggesting she should be sacked for her ‘disgusting’ jibe.

Others called for the Nursing and Midwifery Council – the national regulator for nursing – to launch an investigation into Ms Hughes, who lives in Hampshire and now works in the private sector.

Ms Hughes, who previously slammed Brexit as ‘absurd’ and ’embarrassing’ in another inflammatory television appearance, claims she is being fired from her current job for breaching her firm’s media policy.

And she has pointed the finger of blame at the ‘Twitterati’, who she says have ‘gone to town’ on her following the live broadcast.

For her own part, she claims she ‘lost her temper’ before the remarks, which she now admits were ‘inappropriate’.

‘Now I am going to lose my job because the Twitterati have gone to town,’ she told the Daily Telegraph.

‘I am being vilified for being some monster that doesn’t care and unfortunately the problem is I care too much.’

Former NHS nurse Miranda Hughes, 46, made the incendiary remarks about the healthcare system during a live TV debate on Channel 5 on Monday 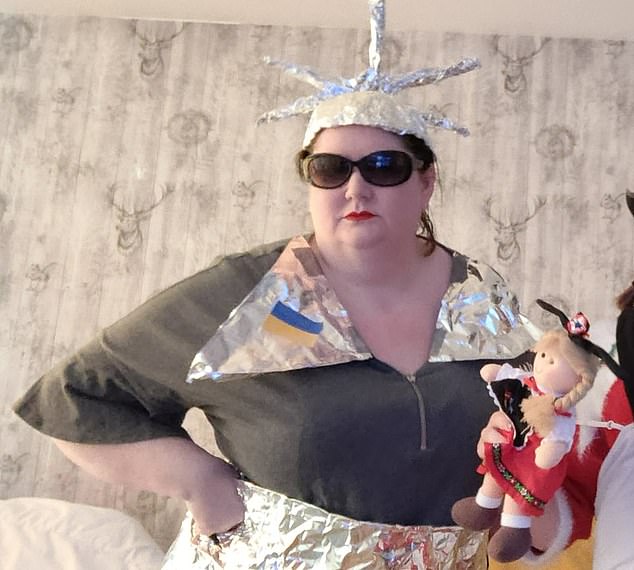 Her remarks about the NHS were made earlier this week on a live debate named ‘Britain on the Brink’, hosted by Jeremy Vine 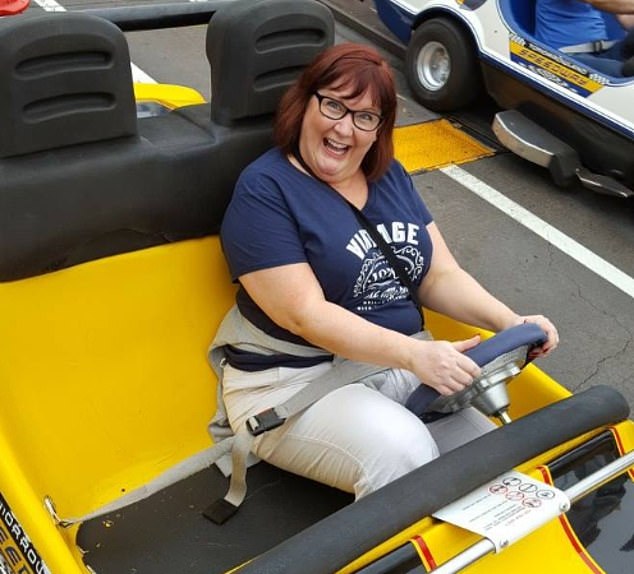 Ms Hughes (pictured), who describes herself on Twitter as ‘European. Anti-Tory. Nurse. Mum. Cat appreciator. Amdram queen. Repeat dieter and food lover’, last night claimed she was going to be sacked from her current role for breaching her company’s media guidelines

‘The reason I went on the programme was that you cannot care for your patients, it’s impossible.

‘I can’t do what’s right and it frustrates the hell out of me because I’ve been sick myself, I’ve had to watch people die and there are no resources to help.’

Her remarks about the NHS were made earlier this week on a live debate named ‘Britain on The Brink’, hosted by Jeremy Vine.

But her original comments sparked fury online, with some describing them as ‘disgusting’ and ‘bigotry’.

Others pointed out that more than 14million people voted Conservative in the 2019 General Election.

And last night the Nursing and Midwifery Council (NMC), the independent regulator for nurses, and nursing associates, today said it had been made aware of the comments.

A spokesperson said: ‘We’ve seen a lot of tweets about a comment made yesterday on television.

‘Our Code is clear that professionals on our register must promote professionalism and trust at all times. 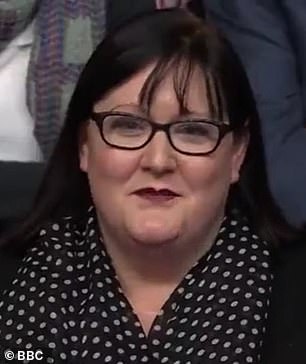 Last night the Nursing and Midwifery Council (NMC), the independent regulator for nurses, and nursing associates, today said it had been made aware of the comments by Ms Hughes (pictured left), who also described Brexit as ‘absurd’ during another TV rant on BBC Question Time (pictured right) 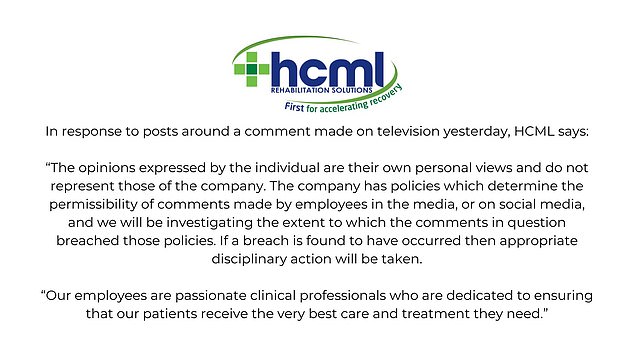 Exclusive by Vivek Chaudhary for MailOnline

Enjoying a cuddle with Chubakka, this is the fiery, left-wing nurse who sparked fury by declaring on live television: ‘If you voted Conservative you don’t deserve to be resuscitated by the NHS’ – on a dream family holiday to Walt Disney World in Florida. 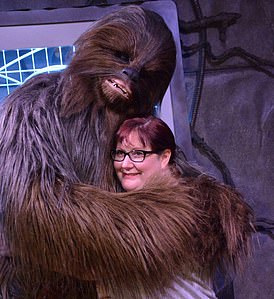 Miranda Hughes, 46, can be seen enjoying the luxury trip with her husband Paul and their daughter as the fun-loving firebrand poses for photos with an array Disney characters.

As well as her hug with the Star Wars favourite, controversial Mrs Hughes also beamed for the camera alongside Disney favourites Tigger and Snow White.

Her husband’s Facebook page also features a photo of him dressed up as Shrek while she plays the role of Princess Fiona at a children’s birthday party.

In some of the fun-loving holiday snaps she is wearing Mickey Mouse headgear as she beams for the camera, clearly enjoying the break with her loved ones.

Ms Hughes lives with husband Paul, 49 and their daughter in Odiham, Hants.

According to reports she is lucky to be alive after undergoing a crucial liver transplant operation in 2002 following a brief but serious illness.

A 2020 article outlining her experience reveals that Ms Hughes decided to quit nursing after falling seriously ill and started using her skills to help train others on issues related to transplants at hospitals in Hampshire as part of the education and workforce development team.

Ms Hughes was diagnosed with PTSD after falling seriously ill while travelling as a 26-year-old around South East Asia.

The article on NHS Hampshire Hospital’s website, revealed that she was constantly sick, could not eat anything and suffered rapid weight loss while abroad.

The article added: ‘A lot of doctors dismissed her initially thinking she had Hepatitis A and told her to go home. Eventually, more supported diagnostics pointed to her having been bitten by a parasite, possibly in Myanmar (Burma) which is believed to be the reason why she went into subacute liver failure.’

After arriving back in Britain, she was rushed into intensive care and the underwent a liver transplant from somebody who had died in a car accident.

The article notes: ‘The birth of her daughter had a big impact on Miranda’s confidence, it was then she started sharing her story with others. She would like anyone to donate if her daughter needed it and that – alongside her personal experience – encouraged her to raise awareness of the important of sharing your organ donation decision with your loved ones.’

‘Where concerns are raised with us we’ll always look into it and consider taking action if needed.’

Ms Hughes, who describes herself on Twitter as ‘European. Anti-Tory. Nurse. Mum. Cat appreciator. Amdram queen. Repeat dieter and food lover’, last night claimed she was going to be sacked from her current role for breaching her company’s media guidelines.

The company said: ‘The opinions expressed by the individual are their own personal views and do not represent those of the company.

‘The company has policies which determine the permissibility of comments made by employees in the media, or on social media, and we will be investigating the extent to which the comments in question breached those policies.

‘If a breach is found to have occurred then appropriate disciplinary action will be taken.’

Asked by the Telegraph if she faced the sack, she said: ‘I have brought the company into disrepute, so yes I am being sacked.’

Mrs Hughes stepped down from a front line nursing role in 2020. She became a trainer at Hampshire Hospitals NHS Trust, but the trust says she is no longer associated with them.

Ms Hughes made her comments as she explained to host Jeremy Vine about her decision to quit the NHS for the private sector.

‘And I am sorry but if you have voted Conservative you do not deserve to be resuscitated by the NHS.

Meanwhile, one person who knows Ms Hughes, told MailOnline that he believes she may have let the emotion of her situation get the better of her.

The friend said: ‘She probably got a bit carried away, but it was terrible what she said.’

One person to comment was former Sky and GB News presenter Colin Brazier.

He said on Twitter: ‘It doesn’t do to trot out the ‘…all it takes for evil to prevail is for good men to do nothing’ too regularly.

David Atherton, who describes himself as a Libertarian, and a former contributor the right-wing site Breitbart, tweeted: ‘Lefty nurse Miranda Hughes said on Channel 5’s ‘Britain on the Brink’ last night that Tories ‘don’t deserve to be resuscitated.’ 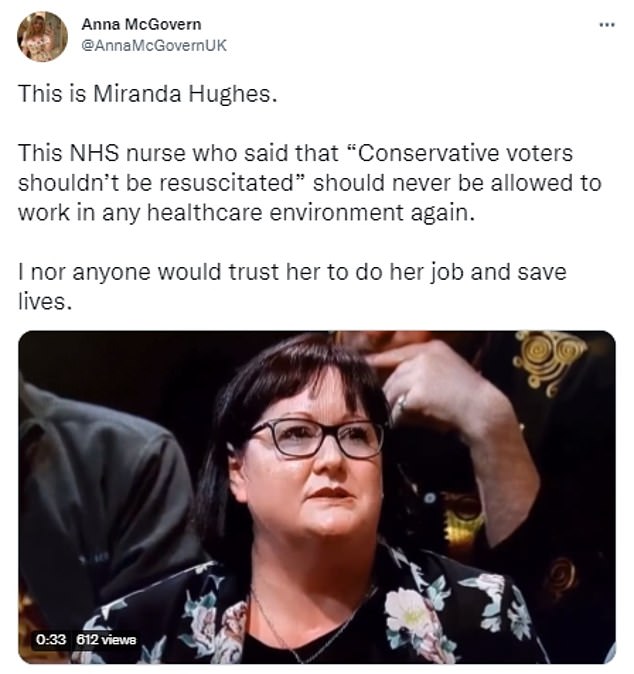 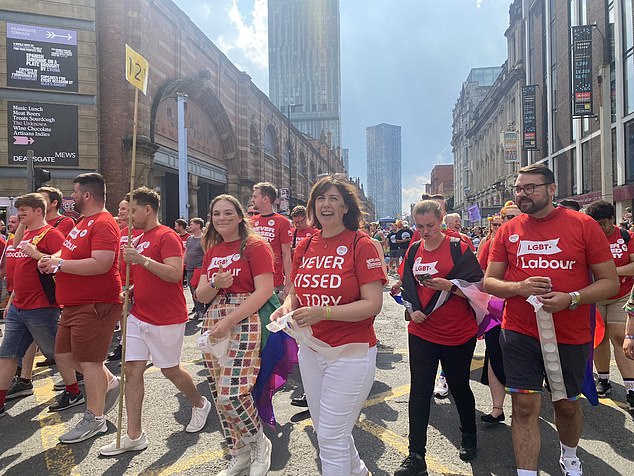 Do you know Miranda Hughes?