Nurse tied elderly woman to bed with a sheet

A nurse who tied an ‘extremely unwell’ elderly woman to a bed with a sheet has had her suspension overturned.

Taruna Mehta claimed she was ‘too tired’ for work when she was instructed to give an elderly woman, who was more than 100 years old, special care, the Herald Sun reported.

A tribunal heard the ‘extremely unwell’ woman was suffering a suspected urinary tract infection while she had her arms tied to the bed rail.

Nurse Taruna Mehta claimed she was ‘too tired’ for work when she was instructed to give an elderly woman, more than one hundred years old, special care (stock image)

The elderly woman was asking to go to the toilet when a doctor found her distressed at about 3.30am.

Monash Health policy states restraint can only be used as a last resort, must be authorised and should not use bed sheets.

Ms Mehta finished her shift however her nurse registration was suspended after ‘immediate action’, the publication reported.

The nurse denied binding the elderly patient to the bed and said she instead became entangled in the sheets.

The Victorian Civil and Administrative Tribunal found Ms Mehta, believed to have been a nurse for seven years, was not a threat to patients and dropped her suspension.

Further disciplinary action could be placed by the Nursing and Midwifery Board of Australia. 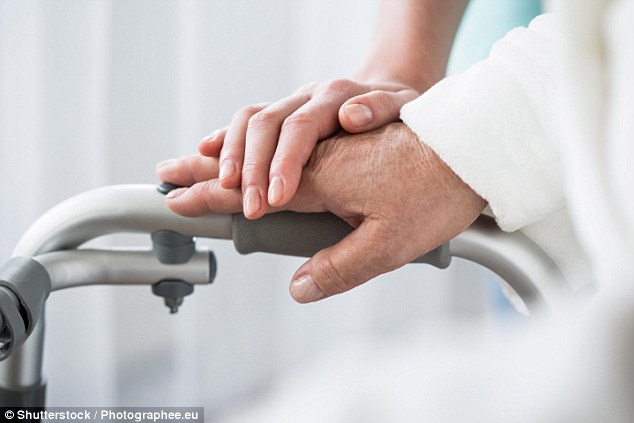