The Royal College of Nursing is poised to back a controversial feminist campaign calling for all time limits on abortion to be axed.

The powerful body is set to announce a new policy after consulting its 435,000 members on ‘decriminalising’ terminations – sparking a mutiny from anti-abortion nurses.

More than 370 RCN rebels have rejected the incendiary proposal, declaring: ‘Not in our name’.

But if – as expected – the RCN backs the axing of time limits, it will join the Royal College of Midwives, Royal College of Obstetricians and Gynaecologists and British Medical Association in doing so.

They have thrown their weight behind the radical We Trust Women campaign – organised by Britain’s biggest termination provider, the British Pregnancy Advisory Service – which is calling for all laws protecting the unborn child from abortion to be scrapped.

That would mean removing strict legislation preventing abortions after 24 weeks for anything but the most serious medical reasons.

Today, The Mail on Sunday can reveal a key RCN adviser behind the college’s expected move is also a senior executive at BPAS who holds strident pro-abortion views.

Mandy Myers, who has helped guide RCN abortion policy for at least a decade, is director of operations at BPAS where she is responsible for providing abortions for more than 73,000 women a year – earning the charity almost £30 million in taxpayers’ money.

She is a leading member of the college’s Women’s Health Forum, which she joined ‘to get more involved in driving the agenda in women’s health at the RCN’. 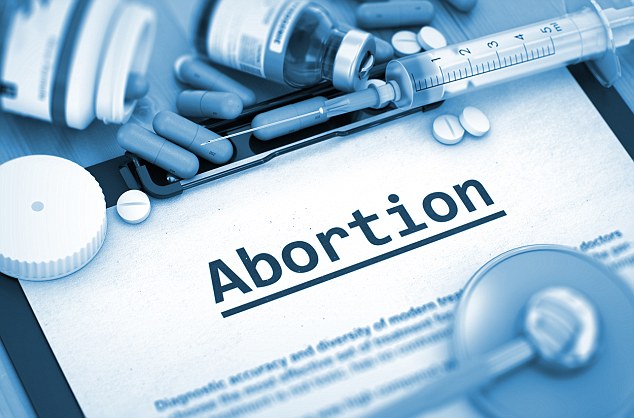 The powerful body is set to announce a new policy after consulting its 435,000 members on ‘decriminalising’ terminations

She has been good to her word. In 2016, she initiated a debate at the RCN’s annual conference on ‘the merits of decriminalising abortion’, arguing the current law was ‘patronising’ to women. The matter was subsequently taken up by the college’s executive council, which last December highlighted ‘work on the decriminalisation of abortion’ as an ‘operational priority’ for 2018.

In February, it asked its members whether or not they approved of decriminalisation in an online survey which has just closed. 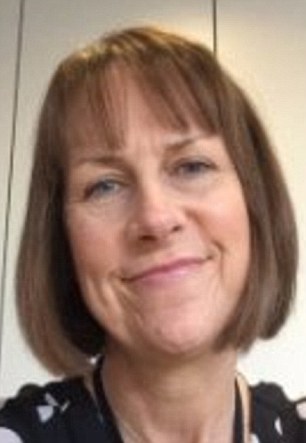 Mandy Myers, a key RCN adviser behind the college’s expected move, is also a senior executive at BPAS who holds strident pro-abortion views

When the survey opened, Ms Myers gleefully tweeted: ‘Great news – the Royal College of Nursing asks all members to vote on the decriminalisation of abortion.’

She appears to have little time for those with opposing views, however. Last Thursday, she re-tweeted a message describing a House of Lords bill, which seeks to clarify the extent to which health workers can object to participating in abortions, as ‘the obnoxious Conscientious Objection Bill’. And in January, she re-tweeted a message that described the appointment of Maria Caulfield as the Conservatives’ vice chair for women as ‘absolutely inappropriate’ because the MP ‘opposes decriminalisation of abortion’.

Last year, a ComRes survey of more than 2,000 people found two-thirds of those interviewed wanted the time limit on abortion lowered from 24 to 20 weeks. Only one per cent backed scrapping time limits on abortion according to the survey, commissioned by pro-life group Where Do They Stand?

The RCN insists it has not yet drawn up a new position on abortion. Last night a spokesman said: ‘The college is committed to having a position on decriminalisation and every member has been given the opportunity of informing that position. Next steps will be announced in due course.’

But anti-abortion nurses fear the new policy is a done-deal – and believe the survey is little more than a fig-leaf consultation. More than 370 RCN members have written to chief executive Janet Davies, protesting: ‘This move is being promoted by a small group of campaigners with extreme views on abortion. Whilst they are entitled to hold the convictions they do, we must not let them impose their agenda on the RCN and risk severely damaging its reputation.’

The ‘Not In My Name’ anti-abortionists – they have adopted the motto used by rebel midwives on the same issue – said while RCN members were being consulted, they were being given no say on the ‘specific wording of the final positioning statement’.

Former Conservative Minister Sir Julian Brazier said: ‘The RCN is a great institution and the effect of a vote of this kind would be to abandon its long history of caring for the innocent and vulnerable.’

The RCN declined to comment on Not In My Name or Ms Myers’ involvement. But Ann Furedi, chief executive of BPAS, said Ms Myers had always been open with the RCN about her role at the abortion provider. And she claimed it was fanciful to suppose BPAS could swing opinion at the Royal colleges.

The fact organisations were choosing to back their campaign ‘isn’t evidence of fabulous manipulation of the Royal colleges, it’s really about professionals drawing the same conclusions as us’, she said.