Have you been serving Nutella wrong your entire life? Man shares how to scoop it out of the jar to ensure NONE is wasted at the end

A man has revealed the ‘correct’ way to eat Nutella so you have a clean jar every time without wasting any of the spread.

He said you should always get the Nutella from the centre of the jar because it stops the leftover spread from drying and getting stuck to the sides.

‘My girlfriend taught me this. I found it hard to believe at first but it works time and time again,’ he wrote in a Reddit thread.

‘If you only take from the centre of the jar, the thickness of the Nutella stuck to the glass will pull it down. This will cause the sides to be perfectly clean by the next day.

‘I suspect it is because of the cohesion of the Nutella pulling down the remains, and/or the thickness keeping the residue from drying out and sticking to the glass.’ 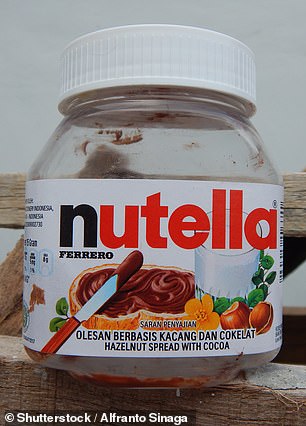 A man has revealed the ‘correct’ way to eat Nutella so you have a clean jar every time without wasting any hazelnut spread.

The man said he was ‘surprised’ to see her trick ‘works really well’ every time.

‘No endless scratching to get the remains out by the end, except for the very bottom. I know, right? Mind blown,’ he said.

His ‘jar hack’ was met with more than 800 comments, with many saying they couldn’t wait to give the trick a go.

‘I just got a new large jar of Nutella and I am pretty hyped to try this,’ one wrote, while another joked: ‘I am going to try this and if it fails, I will just put hot coffee in the jar and drink Nutella coffee.’

While one added: ‘I don’t eat Nutella. Now I wanna buy it just to try this trick.’

Another person said: ‘My grandma puts the Nutella in the fridge so no amount of scooping it from the middle will do any good – it’s simply rock hard.’ 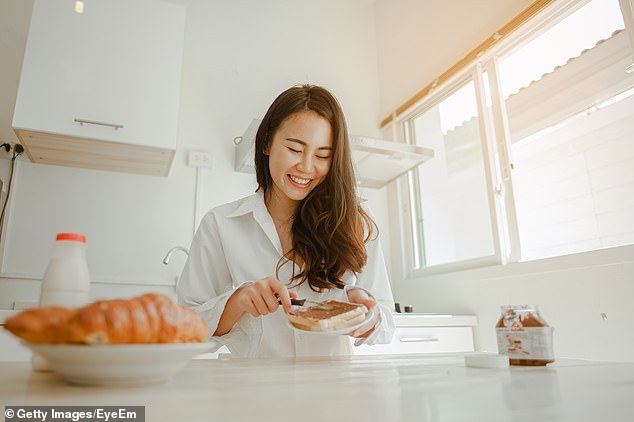 His ‘jar hack’ was met with more than 800 comments, with many saying they couldn’t wait to give the trick a go (stock image)

However, many people suggested the hazelnut spread needs to be kept at room temperature for the method to work.

‘Just don’t keep it in the fridge. It will not work in such case. Nutella must be warm to flow,’ one said.

Others revealed the jar hack actually works – but only in countries where the Nutella is made to be ‘softer and creamier’, including the UK and Belgium.

‘Every country has slightly different ingredients for Nutella due to food regulations and preferences, which makes US Nutella more creamy and soft,’ one wrote.

While another said: ‘Only works in countries, where the Nutella cream is softer. Here in Germany for example the cream is pretty hard.

Meanwhile, one person suggested: ‘Good idea for if you do end up with a bunch stuck to the side: put ice cream in it at the end and eat the ice cream with the Nutella. It’s one of my all time favourite foods.’