Edmondson told Cults and Extreme Belief the 57-year-old was ‘good at getting a rapport and connecting eye to eye’ with people, but had a special trick that would help seal the deal.

‘He kisses everyone on the lips,’ she said in the clip obtained by The Daily Beast.

The former actress, who was a member of NXIVM for 12 years was explaining how she fell for Raniere’s charms as host Elizabeth Vargas said she didn’t see the appeal.

Edmondson said she had encountered Raniere before the allegations were made, and did not have the same tainted view of him.

Sarah Edmondson, a former top recruiter for sex cult NXIVM said the leader Keith Raniere had an incredible rapport with people and would ‘kiss everyone on the lips’

She explained when she met him, she held him in an ‘elevated status’.

‘Every day we’re going ‘thank you Vanguard’ and ‘this curriculum is so amazing and it’s all cause of Keith’, so you have people saying thank you and revering him before you even meet him,’ she explained.

Members called Ramiere ‘Vanguard’ because it was the word for a leader of a philosophical movement, which is what Edmondson believed she had signed up to, The Daily Beast reported.

Believing the initial five day course she had paid $2,000 to attend had genuinely changed her life for the better, she became a top recruiter for NXIVM.

Edmondson, who was part of DOS, the women’s only group, was even branded with Raniere’s initials by the cult last year, describing the experience, which took up to 30 minutes and was done without anaesthetic, as ‘a bad horror movie’.

‘It was horrific. I felt petrified. I felt, every part of my body was like: get out of here. Run.’ 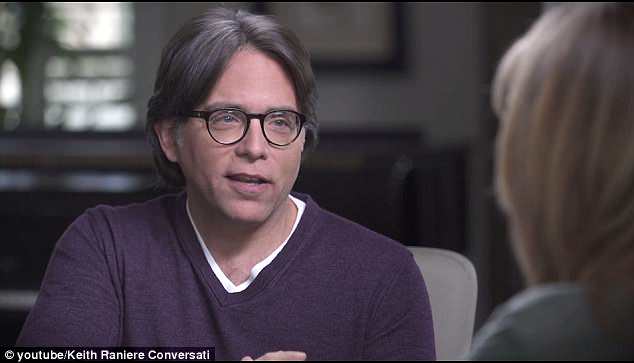 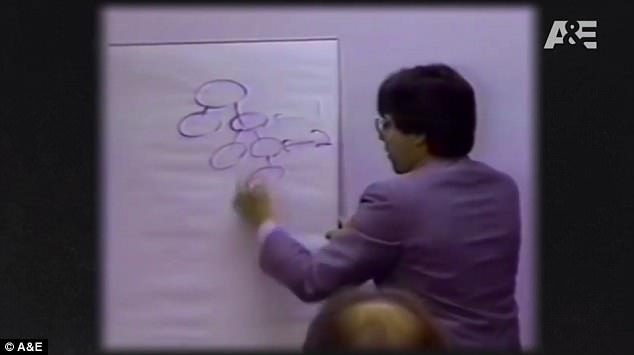 She had initially paid $2,000 for a five day workshop with Raniere  that she believed had changed her life, and immediately began recruiting

The women were branded with the two-inch mark near their pubic region by a family doctor who was allegedly in the sisterhood.

Once indoctrinated, members had to follow strict rules, including texting back their ‘masters’ within 60 seconds of receiving a message.

On one occasion, when one group of ‘slaves’ failed to adhere to the rule, their ‘master’ said she would be paddled and locked in a cage by her own master – Raniere – and the punishment offered to the ‘slaves’ was even worse, Edmondson said.

‘They paddled each other, videotaped it, naked, and sent that to Lauren who sent it to her master, who now we know is Keith.’

Because there were no other DOS groups in Vancouver, only the one Edmondson had set up, she avoided the same painful fate. 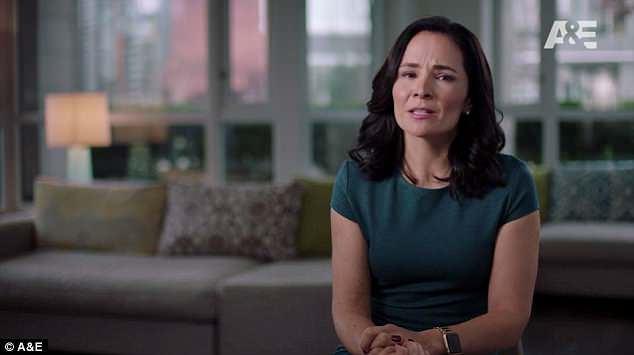 Edmondson said looking back, Raniere had treated women like pawns and was a ‘sociopathic, narcissistic, nut job’

Edmondson said she was disgusted that Raniere had been sleeping with women in high ranking positions and students in his company.

‘It’s a conflict of interest, because they’re there to learn. And then you have the person who’s teaching them having sex with them as part of their growth?

‘If that’s what he wants to do, that should be on their fucking website.’

While initially enamored by Raniere, Edmondson said her views had changed since leaving the cult.

‘In retrospect, Keith doesn’t care about humanity and ethics, we were all pawns to him in his little chess game – especially women,’ she said.

‘[He is a] sociopathic, narcissistic, nut job.’