Suspended: Dr Timothy Morley has been suspending pending a hearing after four of his patients were exposed to blood diseases

A New York City doctor’s medical license has been suspended after he allegedly infected four patients with hepatitis C.

Dr Timothy Morley, an osteopathic doctor in Westchester County by the Bronx, has been ordered to close his practice, where he claims to be a specialist in weight loss and menopause, as well as ‘disease treatment and prevention’.

All of his patients have now been urged to get tested for all blood diseases, including HIV.

During the course of officials’ investigation, they found ‘a series of inappropriate infection control practices’ at Morley’s offices.

Officials say they also had concerns about the treatment and administration of medicine at his offices in Mount Kisco and White Plains.

‘I strongly encourage any of Dr. Timothy Morley’s patients who have received an intravenous infusion or a blood draw to get tested for Hepatitis B, Hepatitis C, and HIV,’ Health Commissioner Dr Sherlita Amler said.

According to health officials, Dr Morley is also accused of failing to produce relevant records as part of a state and local investigation.

His license was suspended after investigators discovered ‘a series of inappropriate infection control practices and concerns regarding the preservation, preparation, handling and administration of medication’.

‘I also want Dr. Morely’s patients to know that they Westchester County Department of Health stands ready to assist them by providing these tests at no cost at county facilities.’

Hepatitis C is inflammation of the liver and there is no preventive vaccine.

It is spread through blood-to-blood contact such as sharing needles, razors and toothbrushes and can be passed on at birth by infected mothers. 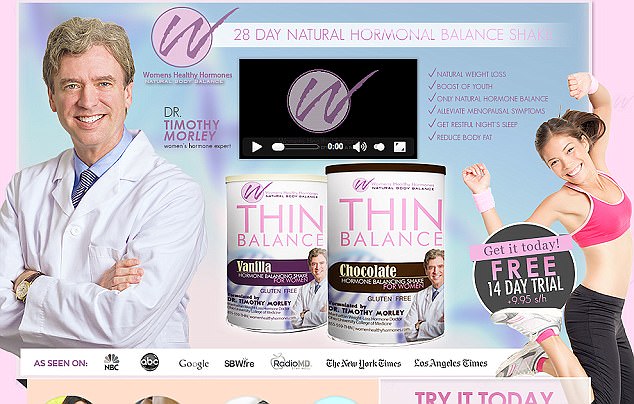 The New York doctor claims to be a specialist in weight loss and menopause, as well as ‘disease treatment and prevention’

The virus tends to develop into a chronic infection after six months and the infection attacks the liver, leading to cirrhosis or liver cancer.

The five-year relative survival rate for people with localized liver cancer – i.e. it has not spread – is about 31 percent, according to the American Cancer Society.

Around three million people in the United States are living with chronic hepatitis and most aren’t aware that they are infected, according to the CDC.

Rock legend Greg Allman died of liver cancer at the age of 69 years old on May 27.

It was 10 years after he was diagnosed with hepatitis C.

Deaths from liver cancer have doubled since the mid-1980s. One of the biggest drivers behind the rocketing rates is the high rate of hepatitis C infection among baby boomers – those born from 1945 to 1962.