NY headhunter fired after being accused of sex harassment

A boss at a legal headhunting firm has been fired a day after his subordinate alleged a slew of sexual harassment claims against him in a complaint.

Veronica McILraith, 35, a female managing director who worked at Wegman Partners in their New York office claims she was forced out of he job after three years when she reported her boss Scott Legg’s alleged harassment.

She alleged he groped her breasts, asked if he could ‘suck on her boobies’ and threw furniture when she refused his advances.

Wegman Partners released a statement Thursday saying Legg had been fired: ‘We take these allegations seriously, and have engaged a law firm to conduct a thorough internal investigation to determine the facts in this matter. We have terminated Mr. Legg’s employment with our firm, and will respond to the specific allegations in the complaint.’ 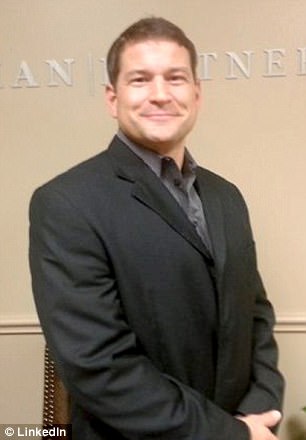 Veronica McILraith, 35, claims she was sexually harassed by her boss Scott Legg while they worked together at headhunting firm Wegman Partners in New York from 2014 to 2017 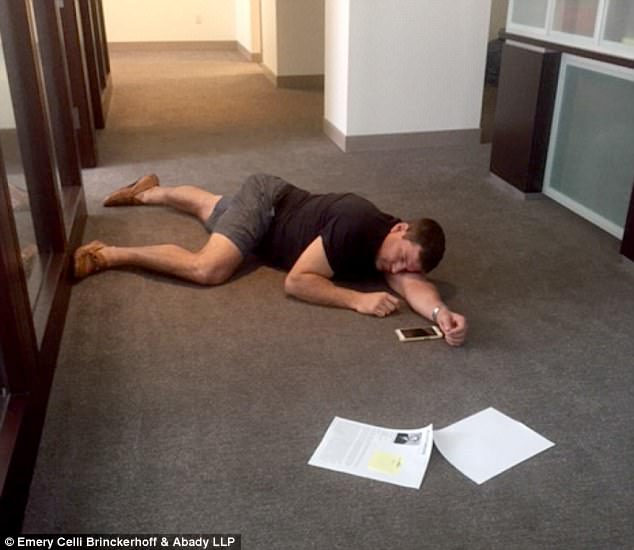 The company statement added ‘We are an ethical company that is committed to fostering a safe and fair workplace, and to addressing inappropriate employee actions or behaviors.’

McILraith filed her complaint with the New York City Commission on Human Rights complaint about Legg’s behavior on Wednesday.

The former managing director said in her complaint that she was ‘subjected to an astounding barrage of groping and sexually explicit and derogatory comments, texts, emails and signs by her boss.’

She claimed that Legg often appeared drunk and high on cocaine while he was at work and she once took a photo of him passed out on the office floor.

She also alleged that Legg called her a ‘b***h’ when she refused his advances and twice threw chairs at her office wall when she turned him down.

McILraith described one alleged incident from July 2015 during which Legg ‘aggressively’ grabbed her breasts in the office kitchen and tried to open her sweater. 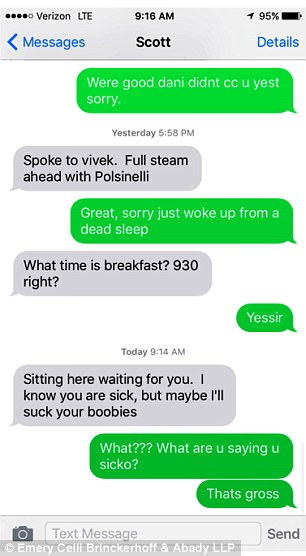 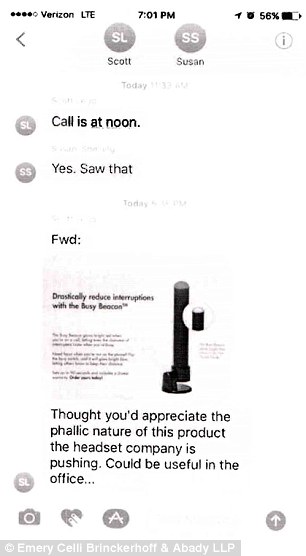 McILraith included several screenshots of text message exchanges she allegedly had with Legg, including one where he said he would suck her breasts 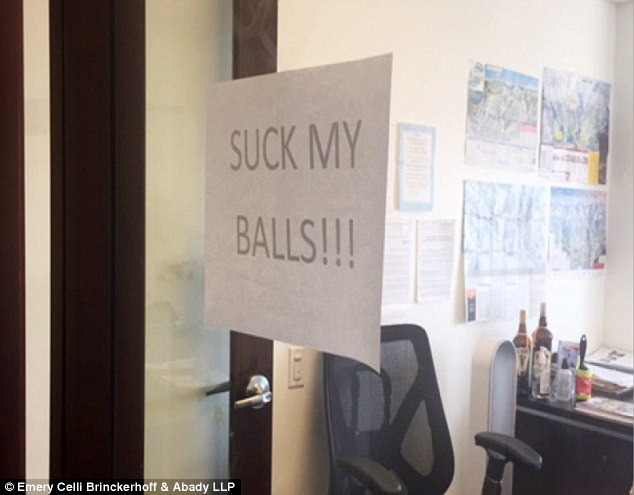 McILraith also included in her complaint several photos that showed a sign Legg had allegedly posted outside his office that read ‘suck my b***s’. The sign was up for four months, it is claimed

The next month, she claims Legg ‘humped (her) office door, licked it and showed her his tongue’.

Legg also allegedly sent her a text message while he was waiting for her at a client meeting in November 2015 that read: ‘Maybe I’ll suck on your boobies.’ McILraith included a screenshot of their text message exchange in her complaint. 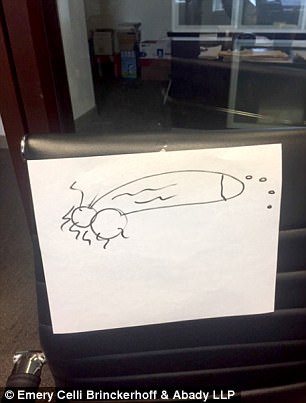 The complaint says Legg would invite McILraith out to lunch on a daily basis, during which he allegedly drank heavily and sat close to her. She claims that over time, he started calling her ‘babe’, ‘baby’ or ‘honey’ in person and via text messages.

‘He yelled about having his ‘d**k sucked’ and pressing his head into women’s ‘tits’,’ the complaint said.

McILraith also included several photos that showed a sign Legg had allegedly posted outside his office for four months that read ‘suck my balls’ and a shot of an ejaculating penis that he drew and had asked her to contribute to.

In December last year, Legg allegedly emailed McILraith and another female employee, who worked in another office, with a photo of a headset and wrote: ‘Thought you’d appreciate the phallic nature of this product… could be useful in the office.’ 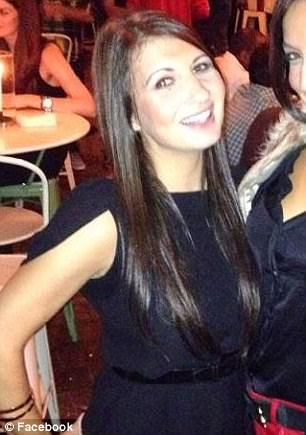 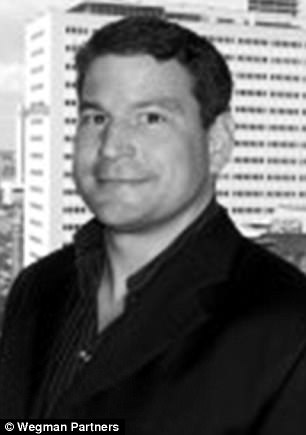 McILraith said in the complaint that she said she was scared of Legg’s behavior and was desperate to keep her job. She added that Legg made it clear he was friends with the CEO

McILraith, who said she was the only woman in the office from mid-2016, claims Legg took work and commissions away from her and threatened to discipline and fire her when she refused to submit to his alleged harassment.

She said she was scared of Legg’s behavior and was desperate to keep her job. She added that Legg had made it clear he was personal friends with the CEO Colby Wegman and he had the power to hire and fire her given he was the company’s highest earner.

McILraith claims that when she did finally report the alleged harassment, the CEO sided with Legg and she was forced out of the company.

The complaint says she documented the instances of alleged abuse by sending emails to herself with the time, date and description.

‘As always the only women in this office it is scary – I just have to think of how I wold [sic] protect myself or how quickly I would dial 911 for help if Scott ever jumped me…’ she wrote on June 12, 2017.

She said she chose to file a complaint with the human rights commission because there was a clause in her contract that meant a lawsuit would have to be settled by an arbitrator.

The complaint says McILraith is entitled to compensatory damages. It doesn’t specify the amount.

A biography on Wegman’s website says that Legg: ‘serves several key US markets with his exceptional knowledge of the national legal playing field.’

It describes him as having displayed ‘demonstrated trustworthiness and integrity’.