The decomposed body was found decades ago in a rural area where several victims of mob hits were dumped. The man’s remains were buried in a cemetery in the 1970s, still unidentified.

Now, investigators want to exhume the remains to try to identify the man, but there’s one problem: His grave is empty.

New York State Police investigators said this week that they would keep looking.

‘We’re like bulldogs,’ Senior Investigator Yan Salomon said Thursday when asked if police were frustrated at finding an empty grave.

New York State Police investigators attempted to exhume a mob victim who was buried back in the 1970s, but found an empty grave instead

The remains were found in January 1969 in a brook near Route 17 in the Orange County town of Tuxedo, 40 miles (64 kilometers) north of New York City.

Clothing, a gold St. Christopher medal and a Longine watch were found with the body, investigators said.

Records for the cemetery in the hamlet of Highland Mills showed the remains were buried in the mid-1970s in a section for unidentified or unclaimed bodies.

Authorities hope to re-examine the remains in an effort to identify the man, believed to be one of several victims of mob-related killings in the late ’60s and early ’70s whose bodies were dumped in the region. 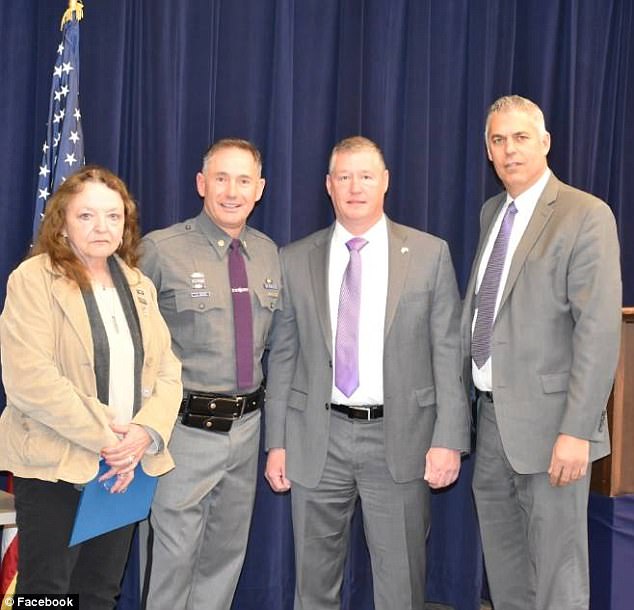 ‘We’re like bulldogs,’ Senior Investigator Yan Salomon (right) said Thursday. Police said they plan to continue the search for the man, who was shot in the head in 1968

‘With today’s technology, we hope that we can find a family member’s match by taking his DNA,’ Salomon said.

But when cemetery workers opened the grave Thursday, nothing was in it. It appears the remains were moved to a different part of the cemetery, officials said.

In 1968, the bodies of two organized crime members from New York were found dumped along a road in neighboring Sullivan County.

Police said one of the men was the brother of a mob figure involved in the French Connection heroin ring in the 1960s.

In February 1972, a frozen torso was found in the trunk of a car that had been set on fire off Route 17 in another part of Orange County.

The remains were later identified as those of a Long Island man who delivered heroin for an organized crime figure.

Later that summer, another man with mob links was fatally shot and dumped in Sullivan County.

His girlfriend was also shot, but she survived and testified against the gunmen.