Authorities have called for a formal investigation into reports of scammers preying on first responders who were sickened by toxic fumes inhaled during the aftermath of the 9/11 attacks.

The three representatives publicized their effort on Sunday.

‘The thousands of 9/11 responders and survivors who have been injured by the toxins at Ground Zero have faced years of adversity and challenges,’ Reps. Carolyn Maloney, Jerrold Nadler and Pete King said in a letter to the FTC.

‘It is despicable that this community now needs to worry about being tricked into revealing sensitive personal information that could cause real harm in their lives if the data was used maliciously.’

The fund currently benefits people with health problems believed to be related to the 2001 terror attacks.

An alert on the fund’s website says unknown people are making calls claiming to be staffers and requesting information, supposedly to help with claims.

According to the New York Daily News, the fraudsters claim they need to confirm addresses, Social Security numbers and other information that could be used in a identity theft scams.

The fund urges people to report such calls to the FTC. King, Maloney and Nadler want the FTC to open a formal investigation. 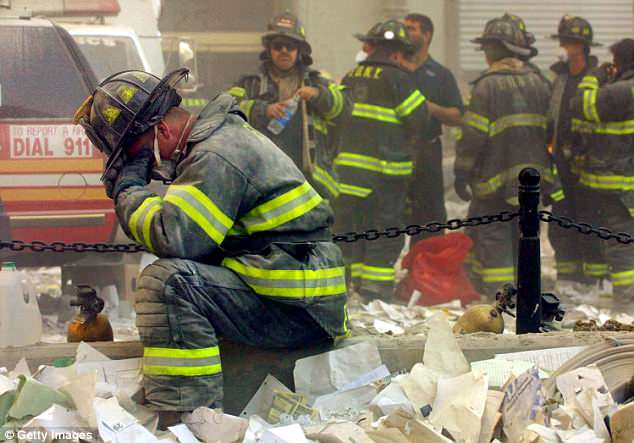 The scammers claim they need to confirm addresses, Social Security numbers and other information from the first responders (file image of 9/11) that could be used in a identity theft scams 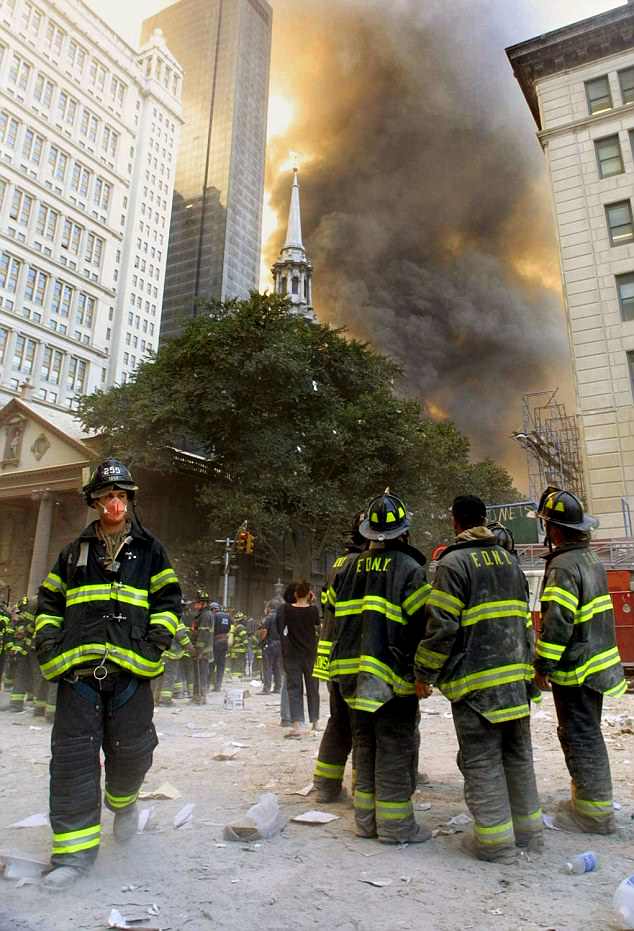 A spokeswoman for the fund said that as soon as they heard about the incidents, they ‘immediately clarified its identity validation policy so claimants could be confident that they are speaking to (fund) representatives’. Firefighters work the scene at Ground Zero

King is a Republican. Maloney and Nadler are Democrats.

Sgro was exposed to toxic fumes during the six weeks he spent at Ground Zero. He says he received a call from one scammer, but he immediately knew something was wrong.

According to Sgro, the fund usually contacts patients through email or regular mail, not over the phone, he said.

‘There are a lot of scams going on, but this is really sick that they are doing it here,’ said Sgro, 52, who currently teaches hazmat operations at the FDNY Fire Academy on Randalls Island.

If patients receive calls from scammers they should report it to the fund hotline at (855) 885-1555.