The New York City area could experience severe flooding every five years within the next three decades.

A new study released just days before the fifth anniversary of Hurricane Sandy says floods that used to strike the New York City area only once every 500 years could soon occur every five years.

The study, performed by researchers at several universities, was published on Monday in the Proceedings of the National Academy of Sciences.

It primarily blames the predicted change on sea-level rise caused by global warming.

‘This is kind of a warning,’ said Andra Garner, a Rutgers University scientist and study co-author. ‘How are we going to protect our coastal infrastructure?’

A study published Monday says the New York City area could experience flooding every five years within the next three decades. It was released just six days before the anniversary of Superstorm Sandy, whose damage is shown above 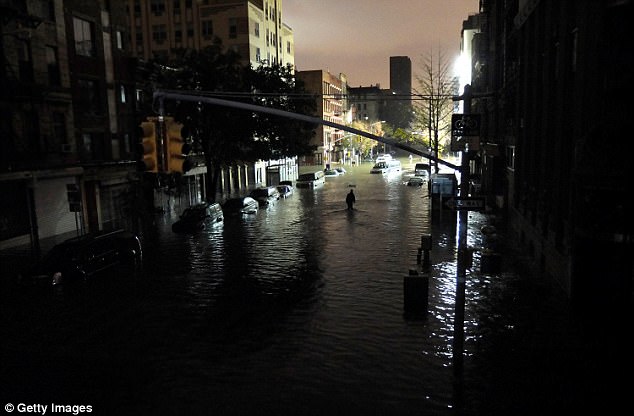 The study blames the predicted change on rising sea levels caused by global warming. The photo above shows how high the water was after Superstorm Sandy in 2012 in Manhattan 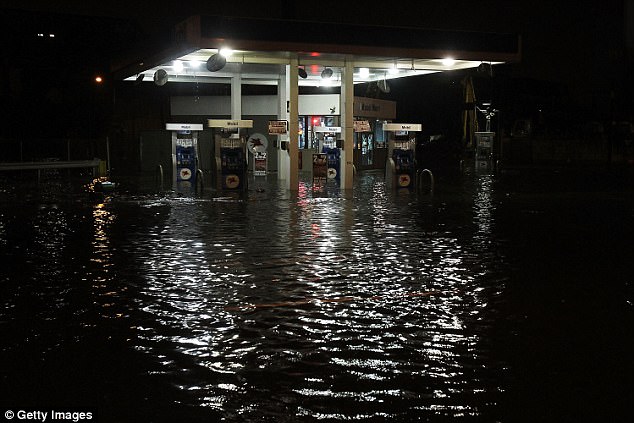 One author of the study said: ‘This is kind of a warning.’ A Brooklyn gas station is shown submerged in Sandy’s floodwaters on October 29, 2012

The researchers based their analysis on multiple models that factored in predictions for sea level rise and possible changes in the path of future hurricanes.

Many of the models had a dose of good news for the nation’s largest city: Climate changes may mean that storms are more violent, but are also likely to swing further off-shore, meaning storm surge heights aren’t likely to increase substantially through 2300.

However, rising sea levels could mean that floods of 7.4 feet or more could strike once every five years between 2030 and 2045.

That level of flooding struck the New York city area roughly once every 500 years before 1800, and currently occurs roughly every 25 years now.

Researchers made no recommendations on what public officials or others should do to prepare.

‘The idea is this kind of study we hope will provide information that people making those kinds of decisions can use,’ Garner said.

‘We know that when Sandy hit in 2012, of course, subways, tunnels flooded, power was knocked out, parts of the city were just really devastated so studies like this provide some warning,’ she said. 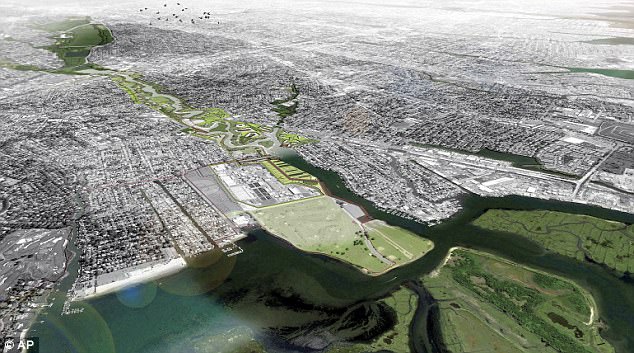 An illustration shows designs for flood mitigation in Long Island that were drawn up this month. The study’s researchers made no recommendations on what public officials or others should do to prepare for the predicted flooding 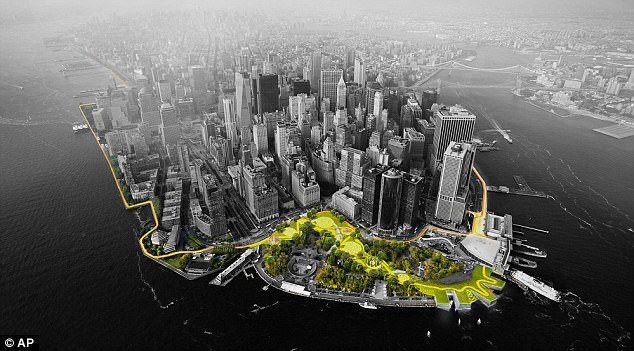 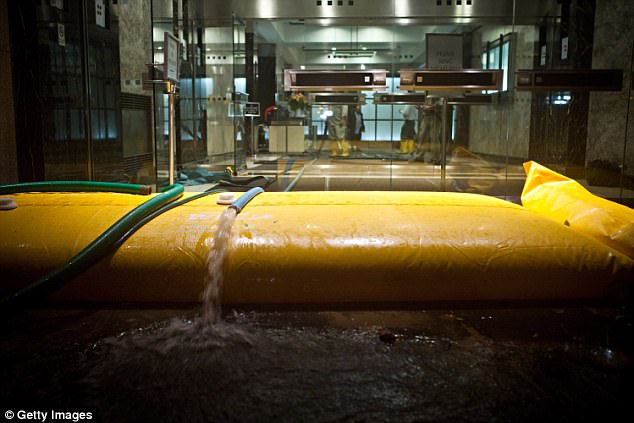 Flood water can be seen as it is pumped out of a building in the Financial District of Manhattan following Superstorm Sandy. For this study the researchers based their analysis on multiple models that factored in predictions for sea level rise and possible changes in hurricane paths

The researchers said there is scientific consensus that global sea level will rise in the coming centuries, although it is not certain how high.

They cautioned that sea-level rise at New York City could exceed eight feet by the end of the century if, in a high-emissions future, the West Antarctic ice sheet rapidly melts.

The study expects about five inches to 11 inches of sea-level rise likely in New York City between 2000 and 2030.

The study examined sea level rise through the year 2300.

‘I think the study is valid, but year 2300 is a long way off,’ said Billy Sweet, an oceanographer for the National Oceanic and Atmospheric Administration who was not involved in it.

‘What is more certain is the amount of sea level rise likely to occur in the next 50 to 100 years or so and that storm surges from nor’easters and hurricanes will continue to pose a risk for New York City,’ he said.

Hurricane Sandy merged with two other weather systems into an unusual storm that devastated the oceanfront coastline and caused catastrophic flooding in New York and cities in New Jersey on October 29, 2012.

It was blamed for at least 182 deaths and $65billion in damage in the U.S.

State and city officials in New York say they are planning numerous projects to guard against future flooding, including fortifying utilities and transit facilities, and note other projects are still in the design stage. 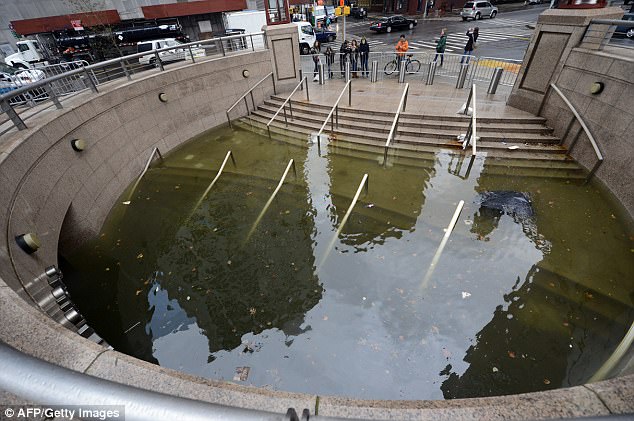 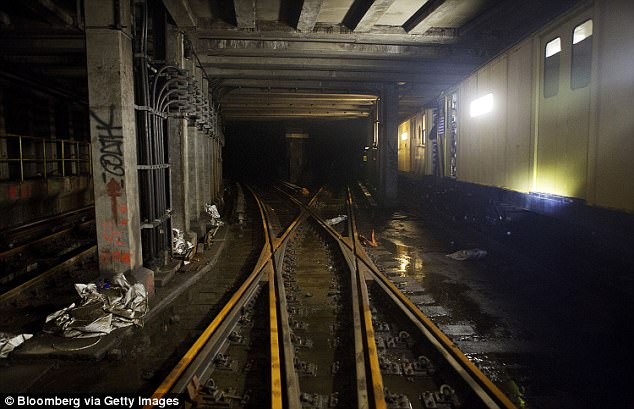