A controversial exhibit at the Guggenheim Museum in New York City which shows a video of dogs trying to fight has sparked outrage among activists and animal lovers.

Created by Chinese artists Sun Yuan and Peng Yu, ‘Dogs That Cannot Touch Each Other’ is a seven-minute video clip featuring four pairs of American pit bulls attempting to attack each other.

According to The New York Times, the dogs are placed on non-motorized treadmills, which prevents them from making contact.

‘This is appalling and disgusting and in no way symbolizes or promotes “art,”‘ one social media user said in reaction to the piece. ‘From what I’ve seen on social media there are thousands of people who will never visit or support your museum.’ 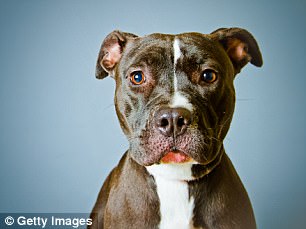 ‘When did the museum become a place to portray the torture of animals?’ another commented. ‘Strapping dogs down into treadmills while they antagonize each other ‘without touching’ sounds cruel and inhumane.’

Despite the the public backlash, the Guggenheim said in a statement that the exhibit will remain, even though ‘the work may be upsetting.’

‘The curators of the exhibition hope that viewers will consider why the artists produced it and what they may be saying about the social conditions of globalization and the complex nature of the world we share,’ the statement added.

‘Dogs That Cannot Touch Each Other’ is part of three-month show called ‘Art and China After 1989,’ scheduled to open on October 6.

The exhibit will feature 150 experimental art installations, many of which are deliberately provocative, according to The Times.

The piece was first introduced in 2003 when it was featured at a Beijing art exhibit.

In an interview last year, the husband and wife team defended ‘Dogs That Cannot Touch Each Other,’ saying the piece is a comment on combative natural instincts.

‘Where is the soft spot in all of this?’ Ms. Peng said. ‘Were the dogs being abused? The answer should be no. These dogs are naturally pugnacious.’

‘In fact, human nature and animal nature are the same. China hosted the Olympic Games in Beijing in 2008. What is the goal of this type of sporting event? Actually, it is the conversion of actual fighting into regulated competition.’

The art exhibit is scheduled to open on October 6 and will feature 150 exhibits, many of which are deliberately provocative 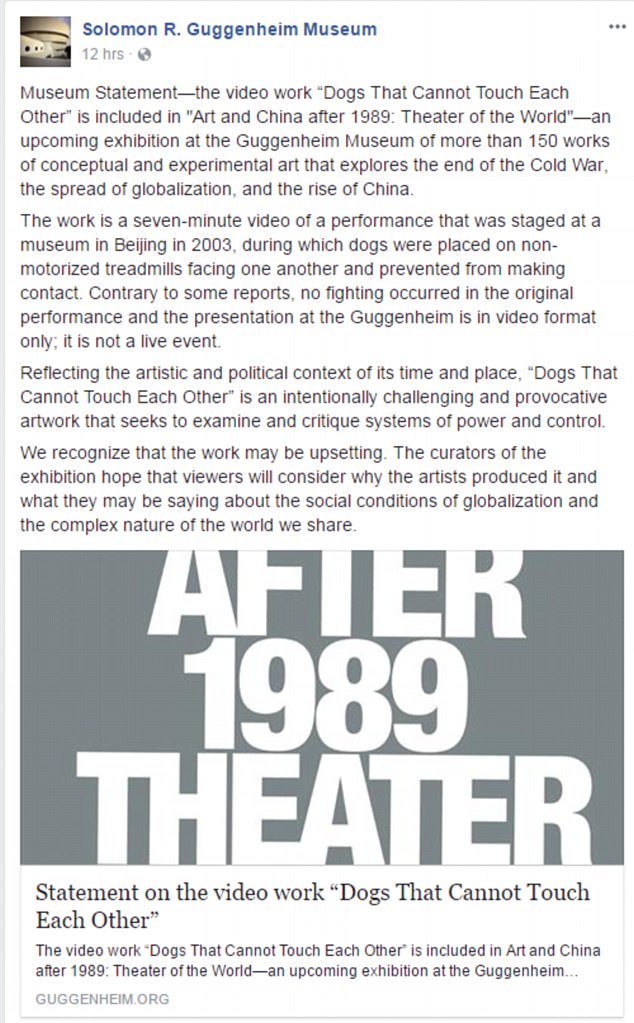