As the pandemic subsides, loneliness has become the new affliction spreading through the Big Apple.

According to a city wide health survey, more than half of residents reported ‘feeling lonely’  some times, with more than two thirds saying they felt socially isolated in the past four weeks.

Dr Dave Chokshi, the commissioner of the city’s Department of Health & Mental Hygiene, penned an op-ed for CNBC declaring this an ‘epidemic of loneliness’.

While the pandemic exacerbated the issue, he notes that loneliness has long been an unaddressed problem for Americans.

A recent survey found that 57% of New Yorkers feel lonely and 67% have felt socially isolated within the past four weeks. Pictured: New Yorkers walk around Herald Square in New York City

‘The truth is, loneliness has been hiding in plain sight for years in America,’ Chokshi wrote.

He warns that in America’s longing to get back to normal in a post-pandemic world, the lonely should not be ignored or left behind. 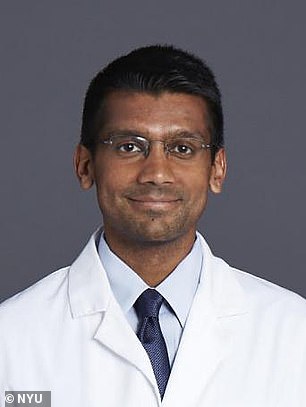 Dr Dave Chokshi (pictured), commissioner of NYC’s s Department of Health & Mental Hygiene, said that loneliness should not be ignored as the world returns to ‘normal’, post-pandemic life

Covid had a disastrous impact on the mental health of Americans. New York City, the often bustling ‘City the Never Sleeps’, was subject to strict lockdown measures when the pandemic first arrived years ago.

Iconic locations like Times Square were empty during peak hours as stores and restaurants were closed and residents stayed home fearing the virus.

The rate of anxiety and depression among U.S. adults quadrupled during the first year of the pandemic, a Kaiser Family Foundation survey found.

Schools closures and other disruptions to life caused by the pandemic have been blamed for an uptick in youth mental health issues as well.

These factor exacerbated an issue that was in ‘the shadows’ as many already were isolated before the pandemic arrived in early 2020.

He recommends a few fixes that his city, and others around the country could potentially implement to help those dealing with loneliness.

‘First, we must reduce barriers to care by meeting people where they are, in the neighborhoods they live in — not just expect them to come to where providers happen to be,’ he wrote.

He also believes that regular neighborhood and community events can get people out of apartments and into social settings where they can meet new people and form bonds with others. 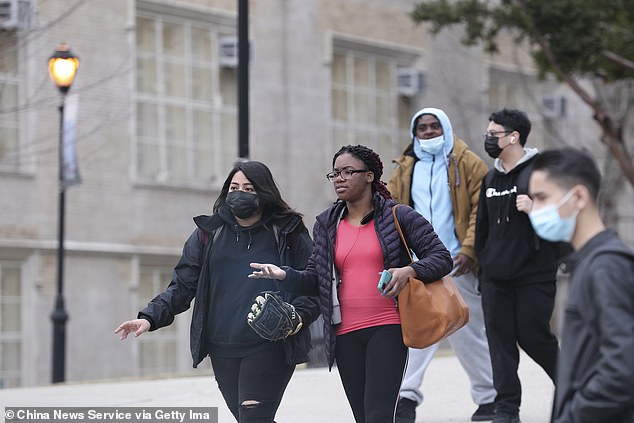 Chokshi believes that community events that bring people together over their similarities can play a role in solving the loneliness-crisis that was exacerbated by the pandemic. Pictured: Young New Yorkers walk through the city on March 7

‘Public health must work together with residents to plan programs which improve social connections,’ he wrote.

‘Communities deserve to have a voice in what they need and want, and city agencies then help provide the resources, with community partners.’

He cites ‘parent cafes’ in Harlem, that bring together people in the area to bond over a common life situation.

Chokshi also says that just general public education can be a valuable tool, and reminding people that they are not alone and that resources exist through subway and television advertisements could be enough to help some.

Finally, he mentions some structural issues that could contribute to the city’s mental health crisis.

‘Our work must acknowledge the structural underpinnings of so much stress and trauma in our society,’ he writes.

‘The most at risk of loneliness are people in marginalized communities, because unequal access to food, housing, education and health care impacts a sense of belonging.’