Jack A. Brown III, 53, is the chief executive officer of CORE Services Group, a nonprofit organization that he founded and reportedly turned into a lucrative gig

A former executive of a private prison who was once accused of fraud is reportedly earning more than $1million a year and doling out high-paying jobs and perks to relatives in his current role as head of a network of New York City homeless shelters.

Jack A. Brown III, 53, is the chief executive officer of CORE Services Group, a nonprofit organization that he founded and reportedly turned into a lucrative gig.

Brown is said to have become a millionaire running homeless shelters whose residents say have become infested with vermin and creeping mold.

Residents told The New York Times that they were fed moldy bacon, undercooked meatloaf, and powdered eggs, which led to outbreaks of diarrhea and stomach cramps.

Security guards that were hired by Brown from his own private company reportedly slept on the job while doing nothing to stop rampant drug use among residents as well as fistfights in the hallways.

‘It’s hell in here,’ said one resident, 58-year-old Tracey Covington, who has lived in the Beach House shelter in the Arverne section of Queens, which is CORE’s largest shelter in New York City.

CORE has categorically denied the claims made in the Times story.

‘This story contains numerous inaccuracies, including false claims made by the City of New York, and rehashes outdated and unsubstantiated allegations against CORE or its leadership in a seeming effort to attack the integrity of a successful African American business leader,’ CORE said in a statement provided to DailyMail.com.

‘It also fails to acknowledge the quality service that Jack Brown and CORE have provided to New Yorkers in need for more than a decade, despite the many financial and operational challenges involved in working with New York City’s notoriously overburdened homeless services system, and the fact that CORE has been forced to cover millions in unpaid City bills for shelter operations. 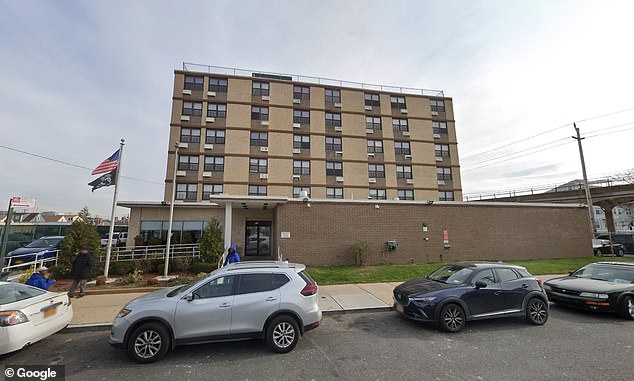 The image above shows Beach House shelter in the Arverne section of Queens, New York. Operated by CORE, residents have complained of being given moldy food while security guards allow rampant drug use and fail to intervene in fistfights in the hallway

‘CORE has always operated with full transparency and in compliance with all applicable rules and regulations, and all of CORE’s operations, expenditures, and contracts were conducted with knowledge of – and in many cases, formal approval from – the NYC Department of Homeless Services and other relevant agencies.’

Since 2017, CORE Services Group has received more than $352million from the de Blasio administration to operate homeless shelters despite a checkered past that includes allegations of fraud and ethical violations, according to the Times.

In 2003, Brown was vice president of Correctional Services Corporation, a Sarasota, Florida-based privately run prison that won more than $22million worth of contracts to operate correctional facilities in New York State in the 1990s.

In 2003, that firm was accused of offering free transportation, meals, and other gifts to state legislators in hopes of maintaining millions of dollars in state contracts.

The company agreed to pay a $300,000 fine to the state – which at the time was the largest ever imposed by Albany regulators on a single company for breaking lobbying laws.

CORE told the Times that Brown, who was never criminally charged, was ‘never accused of any wrongdoing.’

According to the Times, Brown had secretly formed his own non-profit without telling his bosses at Geo Group.

In 2009, Geo Group applied for a multi-million dollar federal contract to operate a halfway house in Brooklyn that would provide counseling and vocational training and drug rehabilitation services to ex-convicts.

During the application process, Brown quit the company. He is then reported to have submitted a competing bid to the federal government which undercut that of Geo Group.

Brown’s non-profit, Community First Services, was awarded the $29million contract, prompting Geo Group to file a lawsuit against him and the non-profit alleging fraud.

Brown was accused of stealing confidential documents and lying to his bosses, according to the Times. A federal judge denied Brown’s bid to dismiss the lawsuit and the case was settled.

Brown did not admit wrongdoing. 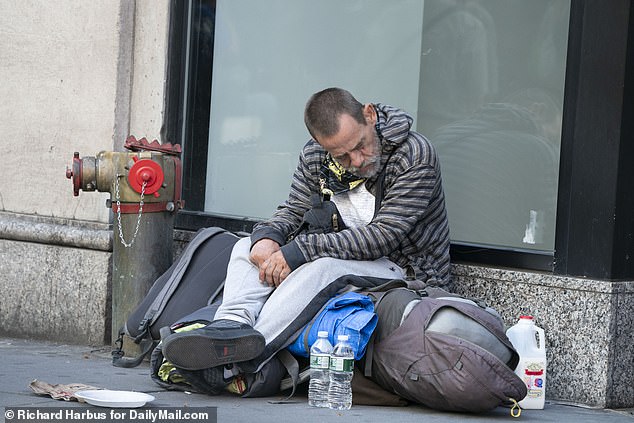 The homeless population in New York City has reached the highest levels since the Great Depression, according to data put out by non-profit groups. In July 2021, there were 48,431 homeless people, including 14,923 homeless children, sleeping in city’s municipal shelter system. A homeless man is seen above in Midtown Manhattan in June

In 2012, the Times conducted an investigation into the halfway house operated by Brown’s non-profit.

It found that the halfway house was run out of the basement of a dilapidated hotel. Few services were offered and drug use among the residents was common.

A federal audit later found that Brown’s non-profit failed to deliver on some of the terms of the contract.

A CORE spokesperson told the Times that the federal government renewed the deal with the non-profit, which was still operating the halfway house.

In 2012, Brown changed the name of his non-profit to CORE Services Group in hopes of changing the public perception associated with the firm.

He then looked to expand by opening homeless shelters in the city. In 2017, CORE revenue more than doubled to $23million.

‘These are old accusations that are being dredged up to question commonly used business and legal practices, as well as the integrity of a successful African American business leader,’ CORE said in a statement to the Times.

Brown promoted his non-profit as worthy of contracts since the firm was a minority-owned business that had ‘an extraordinary depth of experience’ in operating shelters.

CORE has spent more than $420,000 in the last two years lobbying politicians in New York, according to state records. 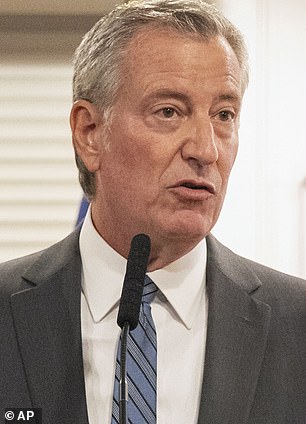 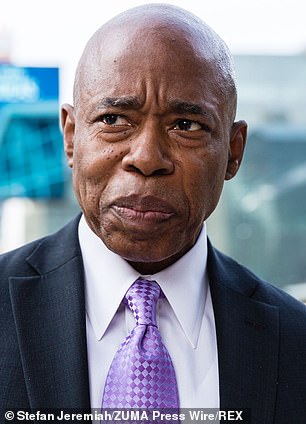 Since 2017, CORE Services Group has received more than $352million from the de Blasio administration to operate homeless shelters despite a checkered past that includes allegations of fraud and ethical violations. CORE executives have also contributed thousands to the campaigns of Brooklyn Borough President Eric Adams (right), who is likely to become the next mayor of New York. Outgoing Mayor Bill de Blasio is seen left

Employees at CORE and its related companies have also contributed $8,700 to the campaigns of Brooklyn Borough President Eric Adams, who is likely to be the city’s next mayor.

In 2017, residents of Crown Heights, Brooklyn objected to plans by CORE to operate a shelter in the area, saying that the neighborhood was already overburdened and that CORE had a questionable past.

But Adams supported CORE and urged residents to drop their opposition. A spokesperson for Adams denied that the contributions to his campaign led to his support for the CORE shelter in Crown Heights.

The Times reports that Brown pushed for the Crown Heights location because he also owned the company that would rent the building to CORE.

Since 2017, CORE has paid more than $3million in rent money to the private company owned by Brown, according to the Times.

Brown also used his position to start his own security guard company, ProCORE, that operates in his shelters, his own maintenance company, CORE Facilities, that maintains the shelters, and Flavor Foods, his own catering company that feeds homeless residents in the shelters, the Times reports.

CORE denied that it received reports of food-related illnesses in its shelters.

‘The health and safety of our clients is CORE’s highest priority, and we take all resident complaints related to violence and drug use in our facilities seriously,’ CORE said in a statement to the Times. 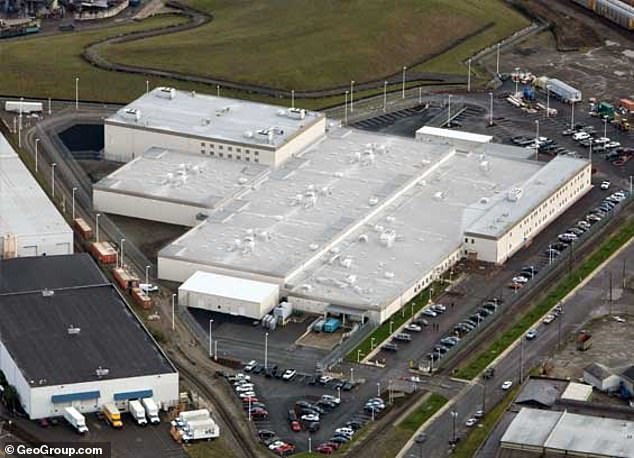 In 2003, Brown was vice president of Correctional Services Corporation, a Sarasota, Florida-based privately run prison that won more than $22million worth of contracts to operate correctional facilities in New York State in the 1990s. The company eventually sued Brown, alleging he stole confidential documents before quitting to start a competing non-profit

Records obtained by the Times show that in one year, Brown spent $460,000 on gym memberships for employees at his private firms.

The Times reports that Brown has employed his mother, sister, aunt, and niece at CORE. His brother is said to have pulled a six-figure salary at the non-profit.

‘Out of more than 1,100 employees, only five are related to Jack Brown,’ CORE said in a statement to the Times.

In February, Mayor Bill de Blasio ordered an independent audit of the city’s nonprofit shelter providers after a published report described multiple sexual abuse accusations against the top executive of another group, which is one of NYC’s largest providers.

In March, Rivera, who was fired from his position, was arrested and charged with conspiracy, honest services wire fraud and money laundering.

The charges against Victor Rivera were announced by US Attorney Audrey Strauss, who said Rivera accepted kickbacks and bribes for years.

‘Victor Rivera sought to leverage his position as the CEO of a non-profit into a very much for-profit situation for himself,’ she said in a release.

Prosecutors did not identify the agency, but The New York Times has reported that Rivera engaged in a decade-long pattern of sexual abuse and financial misdeeds while he was president and founder of the Bronx Parent Housing Network, one of the city’s largest homeless shelter networks.

In court papers, prosecutors described a scam in which Rivera from at least 2013 until 2020 enriched himself and his relatives by soliciting and accepting bribes and kickbacks from contractors doing work for his agency. 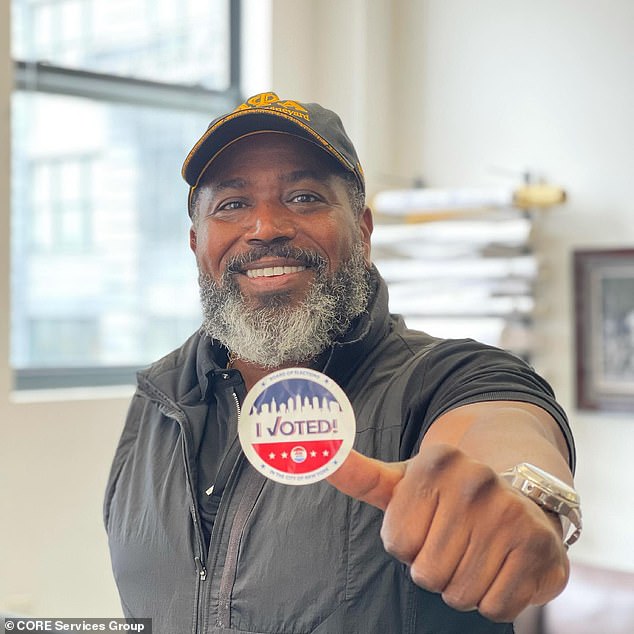 They said Rivera made at least hundreds of thousands of dollars in illicit gains while laundering some of the corrupt payments through intermediary entities he controlled, including a purported consulting company supposedly owned by a relative.

Margaret Garnett, commissioner of the New York City Department of Investigation, said Rivera ‘schemed to enrich himself and his relatives’ when he should have used the city-funded nonprofit to serve the underprivileged, including the homeless.

The New York Times reported in February that 10 women, some of them employees, accused him of sexual assault or harassment and that two alleged he coerced them into performing oral sex.

‘The city is hiring an outside auditing firm to review non-profit shelter providers to ensure true compliance,’ de Blasio tweeted on February 7.

‘And we can’t stop at just shelter providers. I have directed that any complaint to any City agency alleging sexual misconduct from any non-profit contractor must be referred to an independent investigatory agency, NOT the non-profit’s own board.’

In a statement, Rivera denied the allegations, according to the Times, calling them ‘unfair, baseless and without merit.’

Rivera was one of the founders of the network 20 years ago and ‘knows first-hand what it is like to be surviving the streets of the Bronx,’ according to the Bronx Parent Housing Network website.

The city has paid the organization more than $274million to run homeless shelters and provide services since 2017, according to the report.

‘The actions of a handful of executives shouldn’t denigrate the work done by more than 60 providers, hundreds of shelters and thousands of dedicated frontline staff,’ Isaac McGinn, a spokesperson for the Department of Social Services, told the Times. 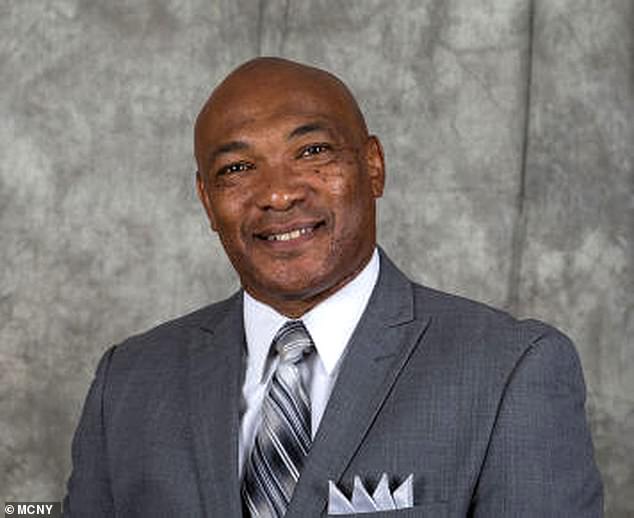 Victor Rivera, 61, was arrested and charged by federal authorities in March just weeks after an explosive New York Times piece claimed he engaged in a decade-long pattern of sexual abuse and financial misdeeds while he was president and founder of the Bronx Parent Housing Network, one of the city’s largest homeless shelter networks 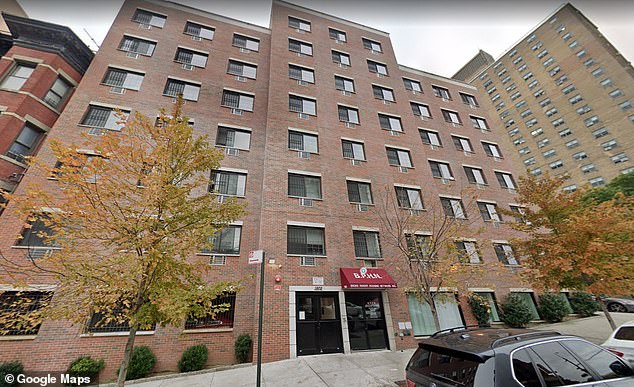 Rivera co-launched the Bronx Parent Housing Network in 2000, helping it become a leading city contractor. Since 2017 his organization has secured $274million in city funding to help run almost 70 homeless housing facilities. He has since been fired from his role

The homeless population in New York City has reached the highest levels since the Great Depression, according to data put out by non-profit groups.

In July 2021, there were 48,431 homeless people, including 14,923 homeless children, sleeping in city’s municipal shelter system.

Over the course of fiscal year 2020, 122,926 different homeless adults and children slept in the municipal shelter system – among them more than 39,300 homeless children, according to the Coalition for the Homeless.