NYC man finds Chanel handbag containing $10,000 cash in the subway and turns it over to police

A VERY expensive handbag! NYC man finds a Chanel purse containing $10,000 CASH in the subway and turns it over to police the day after woman on her way to Russia reported it missing

A New York City man is being applauded for returning a designer handbag — and the $10,000 cash inside it — to its rightful owner.

Richard Taverna, 63, was on his way home when he said he spotted a blue Chanel handbag sitting on the 1 train’s uptown subway platform at Lincoln Center Thursday at about 11.30am.

The Good Samaritan picked it up and looked inside to see if there was any ID that could be used to track down the handbag’s owner, but found a note written in Russian instead, he told ABC 7.

Richard Taverna, 63, was heading home when he saw a blue Chanel bag on the subway platform. Hoping to find a way to return it to its owner later, he took it home with him 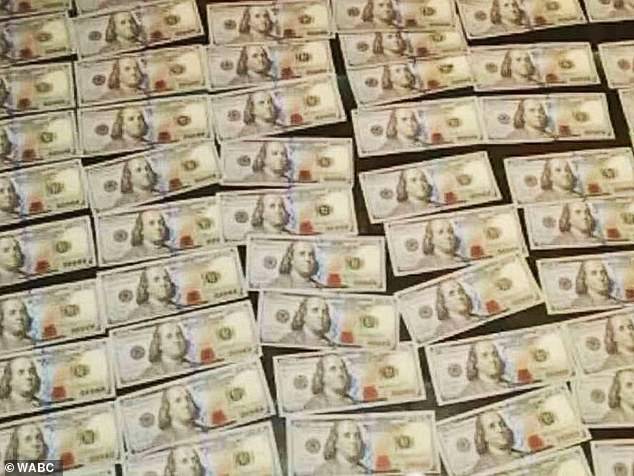 Inside the bag, Taverna found an envelope with Russian on it – when he opened it, he discovered a stack of $100 bills worth $10,000 (contents pictured on his kitchen table)

Since there wasn’t an MTA agent on duty at the station to turn the bag over to, Taverna said he took the purse home with him.

When he dug back into the purse that night, he realized the paper with Russian on it was actually an envelope. When he opened it, he discovered that it held ‘a big stack of money,’ Taverna said.

Taverna said that he wasn’t tempted to keep the cash — although he did spread it all out over his kitchen table to take a picture of all the cold, hard cash.

Ultimately, the cash ‘wasn’t mine,’ he told the news station of his decision not to pocket the money. ‘If someone lost $10,000, they’re probably going through a lot of distress.’

Rather than keep the money, Taverna took it to the NYPD’s 20th Precinct, where he was told that a woman had reported the bag missing at around the same time he found it 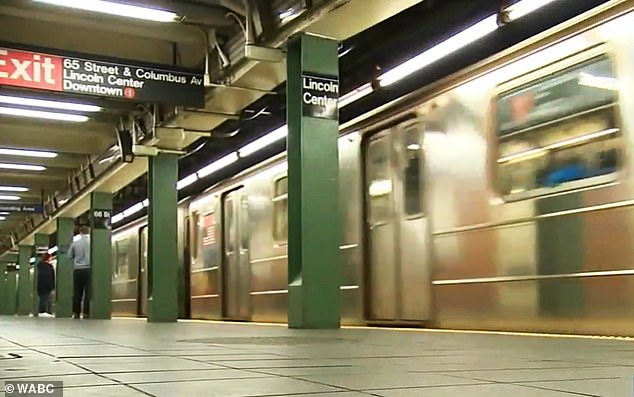 Turns out the woman was on her way to Russia when she lost the pricey handbag. Police said they would reunite the bag with the woman when she returns to NYC in January

Instead, Taverna took the Chanel handbag to a police station.

It turns out that the woman who had lost the bag had reported it missing at the Upper West Side’s 20th precinct, the same place that Taverna went to report finding it.

The woman, who has not been named, was on her way to Russia when she lost the bag and had gone to the police station to report it missing at just about the same time that Taverna found it in the subway.

‘We’re looking forward to telling her when she’s back in January,’ Capt. Timothy Malin, commanding officer of the 20th Precinct told West Side Rag. ‘It will be a nice surprise.’

Malin called Taverna’s good deed ‘a Christmas miracle’ and said that, ‘The cops in the precinct couldn’t think higher of this guy.’