‘I hate Asian people’: NYC parents move to oust public school principal, saying she is ‘unfit’ for position over racist tirades and taking dessert from kids she deems overweight

Parents and educators are complaining that the principal of a New York City public school is engaging in questionable behavior, including banning children from eating sweets, handing out bizarre punishments, and making racist comments.

A group of parents sent a letter to the city District Superintendent Kamar Samuels alleging that Debra Mastriano, the principal of PS 166 on the Upper West Side, had a ‘pattern of toxicity’ and was ‘unfit’ to hold her position.

The letter, obtained by The New York Post, detailed a laundry list of eyebrow-raising incidents involving Mastriano, including that she allegedly confiscated food from children she deemed overweight, made children walk in circles during recess, and said the school was ‘too Asian. I hate Asian people.’

‘It was just so Grinch-like,’ a teacher told The Post.

A photo recently emerged that allegedly showed Mastriano leaning over a student in the school cafeteria as she confiscates a donut that his parents had packed for him to go with his lunch.

The incident was far from the first, according to The Post, with sources close to the school telling tales of the principal snatching away bags of cafeteria-provided bags of chips, keeping one kindergartner from eating birthday cake brought from home because she deemed him overweight, and countless instances of snatching candy and other treats from students’ lunchboxes.

The problem became so rampant that after stopping a first-grader from eating a candy bar this fall somebody confronted Mastriano at an October staff meeting. 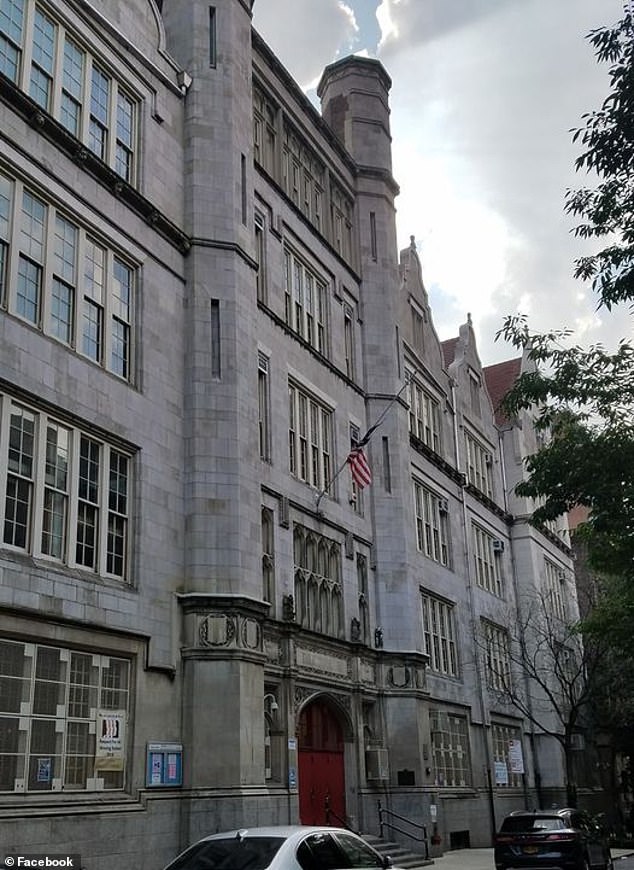 In addition to making children walk in circles as punishment, Mastriano has also allegedly made them eat their lunches standing up.

One parent said her 10-year-old son told her that the principal had a fit screaming at him in anger when he accidentally peed on a bathroom floor. 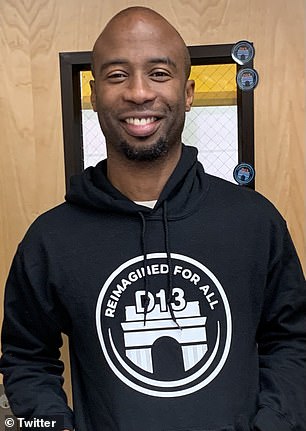 Mastriano also allegedly has a history of candidly racist views, including saying all black and Hispanic students at the school live at the nearby New York City Housing Authority (NYCHA) building nearby.

‘I wish someone would level [the NYCHA building],’ the letter noted she said. ‘It only breeds dysfunction. Except when they rebuild it, it should have good role models in it too, so they can learn good behavior.’

One mother of Puerto Rican descent said last year Mastriano yelled at her then-fourth-grader ‘Who lives with you? Do you even have a father at home? Is your mother addicted to drugs?’

She also allegedly has asked teachers to lower the grades of special-needs students.

‘It’s her way of saying we don’t want you here,’ a parent told The Post.

Teachers say she is a nightmare to work with too. They allege she rips bulletin boards off of walls, banned pencils to prevent students from erasing mistakes, and even decrees the color of paper students can and can’t use.

The behavior attracted such ire from students and parents that on December 1 a no- confidence vote was held in which 28 faculty members and 73 former and current parents voted against Mastriano. There were 18 abstentions from staff, but nobody voted to support of the principal, according to The Post.

A recent Department of Education poll showed that a mere 14 percent of teachers at PS 166 supported their principal while across the city the average approval rate is 85 percent.

District Superintendent Samuels said he is investigating the allegations against Mastriano.