LaGuardia Airport in New York City shut down a terminal and evacuated air travelers after a bag triggered a security alarm and prompted the bomb squad to investigate on Thursday.

Officials with LaGuardia Airport announced on Twitter that all roadways to Terminal C and D were closed due to ‘police activity’ around 7:30am.

A second tweet revealed that all waiting passengers in Terminal D were evacuated to Terminal C as ‘a security investigation under way.’

Authorities have not released details, but NBC New York reports that a suspicious package was flagged during baggage security.

The Transportation Security Administration said explosives specialists at the airport examined the bag and suggested calling the NYPD bomb squad.

Bomb squad members arrived to airport and are currently investigating the baggage.

The owner of the bag flew to Detroit, Michigan, from LaGuardia Airport and is being questioned by authorities there.

The city’s fire department said they were dispatched to the airport over reports of a white powder, but details have not been released.

Officials with the NYPD and Port Authority are investigating. 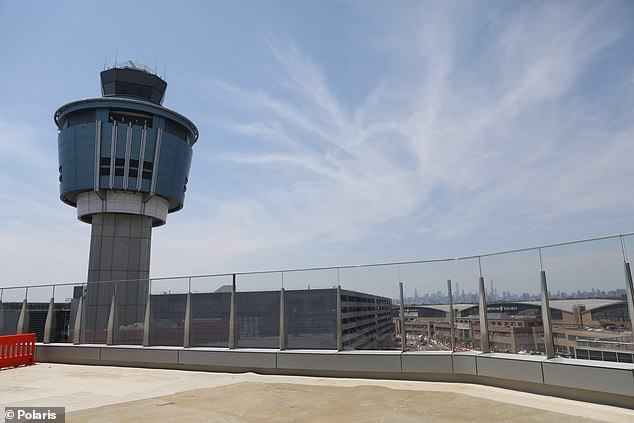 The city’s fire department said they were dispatched to the LaGuardia Airport (pictured) over reports of a white powder, but details have not been released.

LaGuardia Airport announced around 9:10am that evacuated passengers could return to Terminal C to catch their flights.  All roadways were cleared shortly after.

DailyMail.com has reached out to the Transportation Security Administration, Port Authority and LaGuardia Airport for further comment.

Like many other industries, American air travel was dealt a massive blow by the arrival of the coronavirus pandemic earlier this year.

Mounting fears over exposure and spreading the virus shuttered entire airports as airlines struggled to stay afloat with a swift exodus of passengers.

Air travel has picked up slightly since the first coronavirus case hit the US in January, but safety protocols have been overhauled and states have placed restrictions on travel.

In New York, Gov. Andrew Cuomo added Delaware, Kansas and Oklahoma to the 19 designated states on his travel advisory. 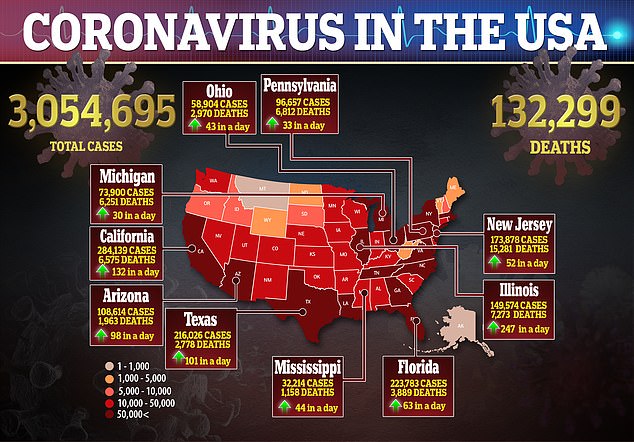 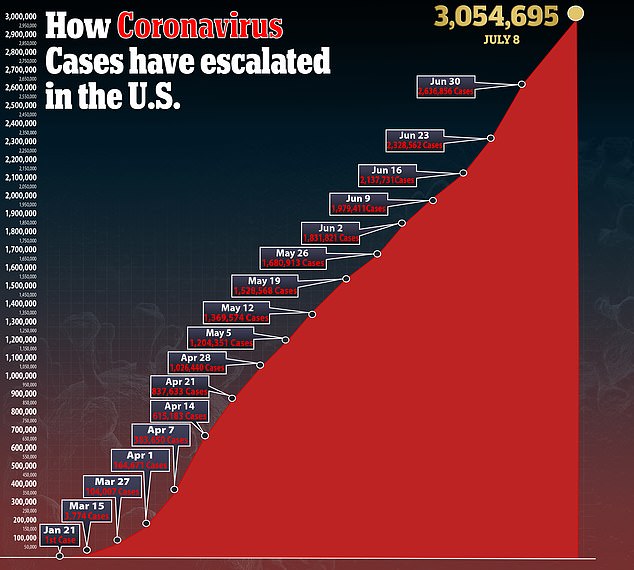 People traveling to New York from those states have been ordered to quarantine for 14 days or risk.

States like Florida and Texas were forced to re-implement some restrictions, likes bars closing once again in the Sunshine State, after significant spikes in coronavirus cases inundated the state.

‘Three more states have now reached the level of spread required to qualify for New York’s travel advisory. We will now require individuals coming from Delaware, Kansas and Oklahoma to quarantine for 14 days.

‘New Yorkers did the impossible – we went from the worst infection rate in the United States to one of the best – and the last thing we need is to see another spike of COVID-19.’

The number of cases across the United States has now surpassed 2.9 million and more than 130,000 Americans have died from COVID-19. 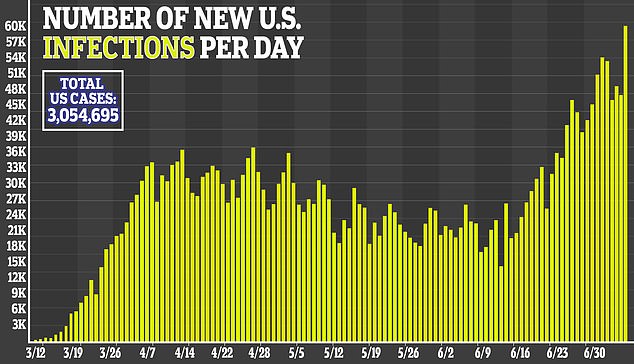 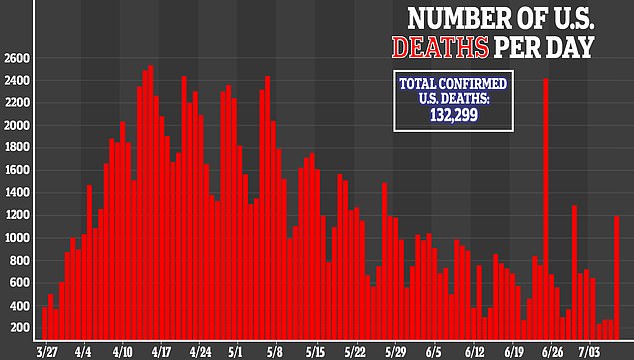