A policewoman in the New York Police Department says she was a victim of cyber-bullying after her fellow officers circulated naked photos of a woman, and claimed they were of her.

Officer Cristina Villeda of the 43rd precinct in The Bronx pushed back against her co-workers in a now deleted Instagram post that denied she was the woman in the nude photos.

In the post she wrote: ‘Who ever is saying this is me is so wrong!

Attached to the caption were two suggestive photos of a naked woman side-by-side, according to NY Post.

She continued the caption, pointing out the reasons the unidentified woman was not her.

‘I’ve never in my life had my belly pierced, I’ve never owned a pink iPhone and I have curly hair!’

‘You don’t know if I have a boyfriend or family! You guys are so wrong for this! Poor girl who’s picture is going around! And If I’m posting this, it’s because this is never something I do.’

In a follow up post, Villeda revealed it was a member of her ‘Blue Family’ that shared the explicit photos. 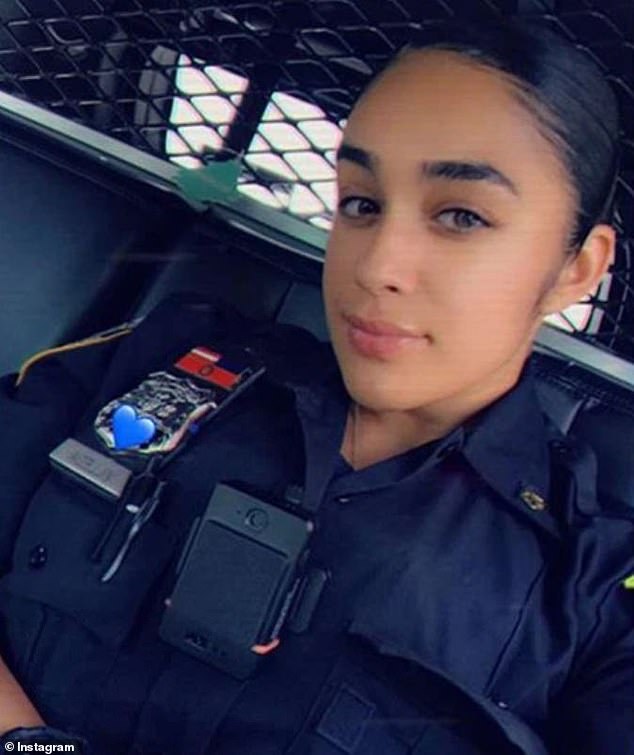 She said: ”The saddest part about this all is that it’s my own ‘Blue Family’ (cops) who made this up.’

‘For the police officer who started this all, God bless your soul.’

‘You must be a miserable person to try and bring another one down through lies, and yes I’ll gladly say it’s a cop so people can see and know how embarrassing it is when it’s one of your own trying to tarnish you through false statements.’

The post reportedly had the hashtags: ‘stop bullying’, ‘stay strong’ and ‘ignore the hate’.

She said neither her ‘ego’ nor ‘pride’ was hurt by the situation.

Villeda joined the NYPD in 2017, according to CAPstat, and NY Post reports she is a United States Marine Corps veteran. 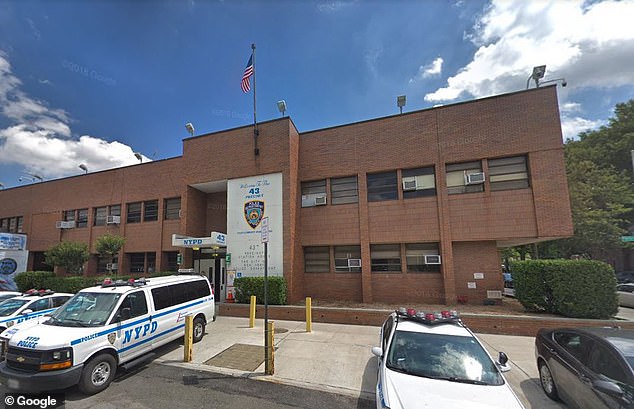 In a statement, Cuomo said: ‘Our laws have not kept pace with technology and how abusers can use it to harass, intimidate and humiliate intimate partners.’

The bill also allows victims to seek court ordered injunctions that would require websites to remove any identified images.