By Andrew Court and Mary Kekatos For Dailymail.com

Isaiah Thompson, 23, was arrested on Thursday, accused of pulling the emergency brakes on the back of New York City subway cars, triggering 747 delays over the span of three months.

Thompson is also alleged to have exposed himself on the back of a train on May 16 – an act that was witnessed by a commuter, who snapped a photo of the man’s penis and forwarded it on to the cops.

Five days later, on May 21,  the ‘subway brake bandit’ was caught on surveillance camera on the outside of a train at the exact same train station, moments before the brakes were pulled on the car.

According to The New York Post, police compared that surveillance camera footage with the picture of the man exposing himself taken by the commuter on May 16 and realized it was the same person. They eventually tracked him down with a tip-off.

Thompson has now been charged with reckless endangerment and criminal trespassing in relation to pulling the brakes on the subway cars.

He has additionally been charged with public lewdness over the May 16 incident.

As of Friday evening, he was held in police custody on a $5,000 cash bond.

Prior to Thompson’s arrest on Thursday, authorities released surveillance video of the May 21 incident, showing a man riding on the back of a train in Manhattan just moments before he pulled the brake.

The man is now believed to be Thompson.

In the video, the suspect is shown was wearing a Yankees baseball cap and a Nike T-shirt that had ‘Swag Don’t Come Cheap’ printed on it.

He boarded the train at the West 14th Street subway station at 5.43pm on Tuesday May 21 via the rear car.

The man opened the rear door and rode several stops on the outside of the train car before activating the emergency brake. 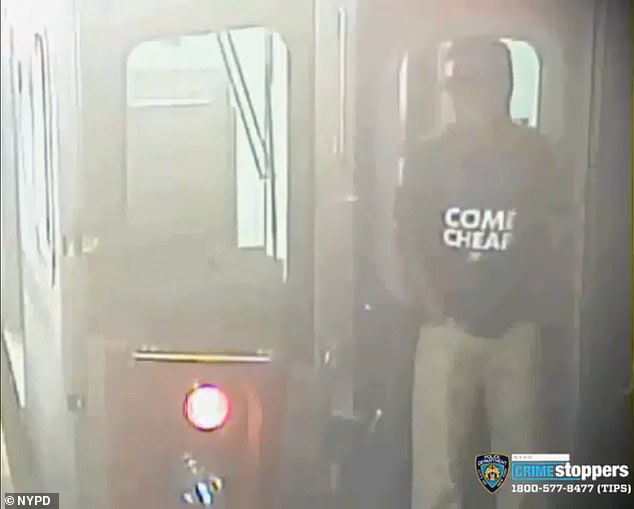 Thompson, 23, was arrested by police at his Brooklyn home on Thursday. The same day, police  released surveillance video showing a man riding on the back of a train in Manhattan just moments before he pulled the brake

The NYPD released the images of him, saying he was wanted for reckless endangerment.

Authorities have been searching for a serial suspect since March.

According to incident reports obtained by Jalopnik, a total of 747 rush hour trains have been either delayed or canceled because of a similar pattern of disruptions in the last three months.

Each time the suspect activates the emergency brake, it can trigger delays for the dozens of trains waiting behind – hence the high number of reported incidents.

The subway brake spree is believed to have started on March 11 on an uptown 5 train leaving Grand Central.

The conductor spotted a man climbing onto the tracks after the emergency brakes had been activated. 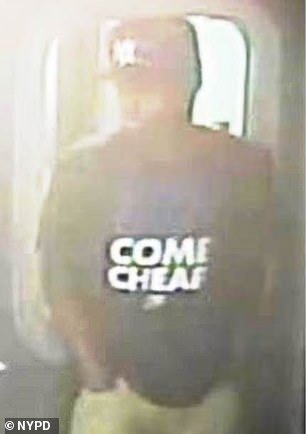 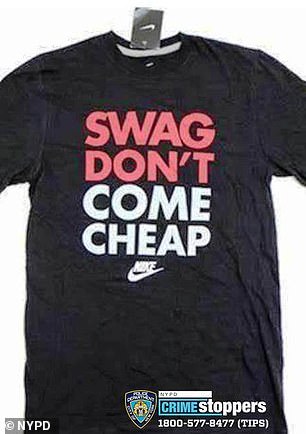 The NYPD released the images of the assailant, saying he was wanted for reckless endangerment. He rode several stops on the outside of the train car before activating the emergency brake