Married female NYPD officer, 39, caught ‘having drunken sex in bathroom with a police sergeant was given the opportunity to leave but was STILL hooking up when authorities returned’

By Shawn Cohen and Cheyenne Roundtree For Dailymail.com

A New York Police Department officer has been reassigned after she was found having a drunken sexual encounter in a bathroom, according to a police report obtained exclusively by DailyMail.com.

Lieutenant Brandi Sanchez, 39, was placed on modified assignment for being unfit for duty following an internal investigation over the alleged early evening tryst with  Sergeant Lambros Gavalas – who has been stripped of his gun and put on administrative duties.

A dressed up Sanchez was found ‘engaged in sexual interactions’ in the female restroom of a department facility on the 12th floor of 90 Church Street on Friday by two other female officials, according the report.

Sanchez and her paramour were even given an opportunity to leave the restroom, but when the officials returned to the restroom shortly thereafter, the lovers were still there, the police report claims.

Finally, once Gavalas left the bathroom, Sanchez was allegedly found in the bathroom stall ‘exposed, intoxicated and uncooperative’. 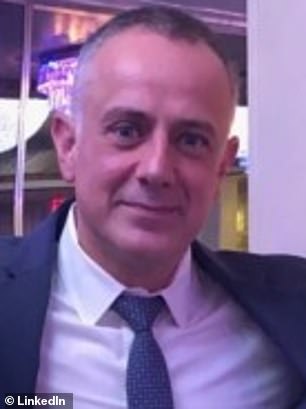 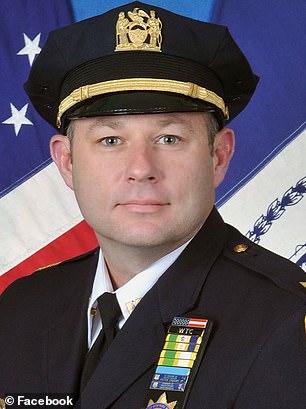 Sanchez was caught with police Sergeant Lambros Gavalas (left) and his assignment was ‘modified’ as we say hers was. The lieutenant – Sanchez- is married to a commanding officer Deputy Inspector Timothy J. Skretch (right)

The police report notes that Sanchez was not armed during the alleged sexapade, but was wearing a black coat, burgundy dress and black shoes.

While police are investigating the incident, Sanchez is on desk duty and has since handed over her gun and badge.

She has worked for the NYPD since 2004 and is currently assigned to the family assistance section, making a salary of at least $110,000 in 2018, according to CapStat.

According to the police report, Sanchez was found inside the restroom at around 6.40pm by another female officer, who ‘observed two persons occupying a closed stall, apparently engaged in what were believed to be sexual interactions.’

The officer then brought another female officer into the bathroom, who observed the same thing, the report states. ‘Unknown to her at the time that one of the parties was a uniformed member of service.’ 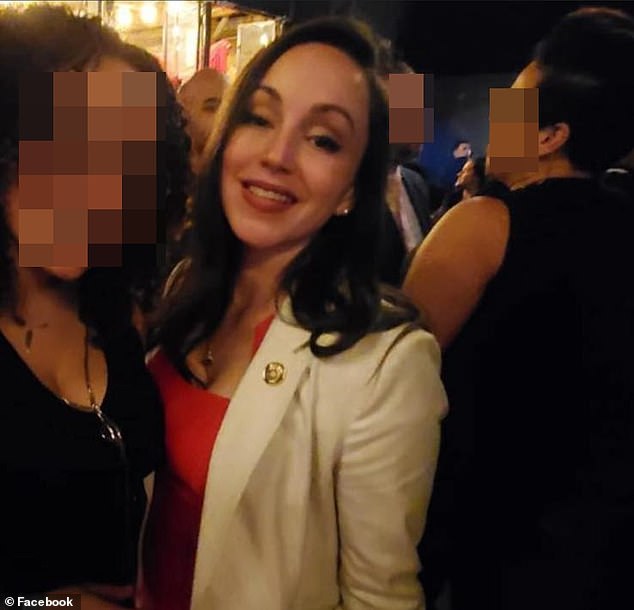 The 39-year-old, who has worked with the NYPD since 2004 and makes at least $110k, was wearing a black coat and burgundy dress but was unarmed. Sanchez was allegedly found exposed, intoxicated and uncooperative’ 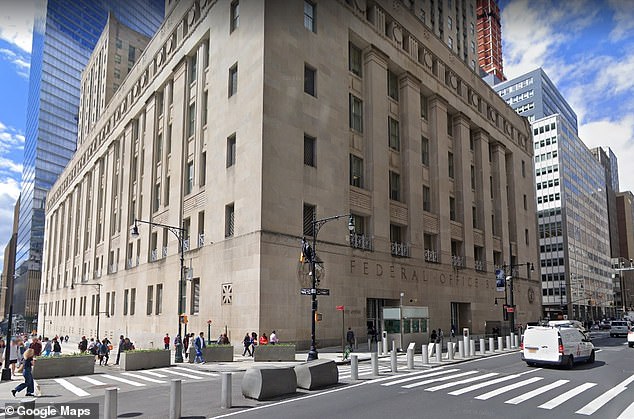 Sanchez and her paramour were even given an opportunity to leave the restroom, but when the officials returned to the restroom a little bit later, the lovers were still there, the police report claims. Pictured: The building where Sanchez was allegedly found with her lover in a bathroom stall

The officials told the lovers to leave the bathroom, then stepped away from the area. But when they returned, they allegedly found Sanchez and the man still in the stall.

When they issued another warning for them to leave, ‘an unidentified Caucasian male exited the stall… and left the other individual remaining in the closed stall.’

One of the officials stepped up on the toilet of the next-door stall to look into the occupied stall, finding an ‘exposed’ Sanchez, according to the police report.

It notes that Sanchez ‘appeared intoxicated and was uncooperative’ and then  ‘identified herself verbally as a member of this department’.

Sanchez was unable to be interviewed due to her alleged compromised mental state.

The police report states Sanchez was stripped of her gun and badge. She was not armed at the time of the incident.

DCPI confirmed to DailyMail.com that Sanchez duty status is modified and the case is under internal review.