The New York Times’ publisher revealed a never-before told story on Monday where he said Donald Trump intentionally withheld knowledge that one of their reporters was going to be arrested in Egypt.

A. G. Sulzberger, while delivering a speech at Brown University, claimed that Trump decided two years ago not to relay the information to the Times when he found out about the looming arrest of one of their Egypt- based reporters.

‘Two years ago, we got a call from a United States government official warning us of the imminent arrest of a New York Times reporter based in Egypt named Declan Walsh’ Sulzberger said in his speech, which was converted to text and published as an op/ed in the Times Monday.

He said the call wasn’t initially unusual, considering the newspaper would often receive these types of warnings regarding abroad reporters.

‘Though the news was alarming, the call was actually fairly standard,’ he said. ‘But this particular call took a surprising and distressing turn. We learned the official was passing along this warning without the knowledge or permission of the Trump administration.’

‘Rather than trying to stop the Egyptian government or assist the reporter, the official believed, the Trump administration intended to sit on the information and let the arrest be carried out,’ Sulzberger continued. ‘The official feared being punished for even alerting us to the danger.’

The New York Times publisher A. G. Sulzberger revealed Monday that Donald Trump never planned to reveal that he had knowledge that one of their reporters in Egypt was going to be arrested 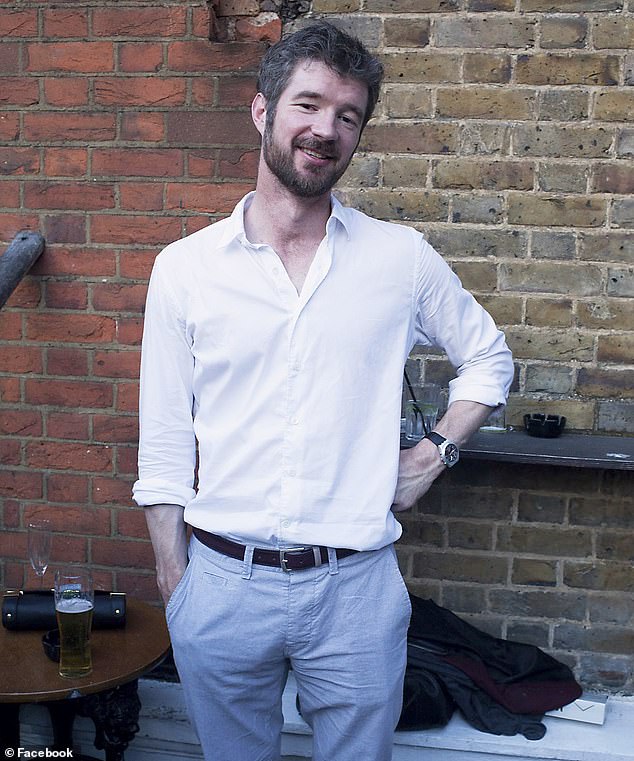 Sulzberger said an official called and told them Egypt planned to arrest Declan Walsh (pictured) – an Irish native. ‘Rather than trying to stop the Egyptian government or assist the reporter, the official believed, the Trump administration intended to sit on the information and let the arrest be carried out’

Sulzberger used the story as an anecdote when illustrating how the Trump administration, he asserts, has ‘retreated’ from the U.S. government’s historical role of defending the First Amendment – mainly the free press.

‘This isn’t just a problem for reporters,’ he said, ‘it’s a problem for everyone, because this is how authoritarian leaders bury critical information, hide corruption, even justify genocide.’

He invoked words from the late Republican Senator John McCain, who said ‘the first thing that dictators do is shut down the press.’

The Times ended up contacting Walsh’s native country of Ireland for assistance, and Sulzberger said within an hour Irish diplomats traveled to his home in Egypt and escorted him to the airport.

Sulzberger detailed another instance during his remarks about a second reporter in Egypt.

A year-and-a-half after they were able to stop Walsh from being detained by Egyptian forces, journalist David Kirkpatrick was detained at an airport in Egypt upon arriving there.

He said Kirkpatrick was deported because Cairo felt he exposed information embarrassing to the Egyptian government.

Sulzberger said ‘a senior official at the United States Embassy in Cairo openly voiced the cynical worldview behind the Trump administration’s tolerance for such crackdowns’ when he expressed his protest over Egypt’s actions. 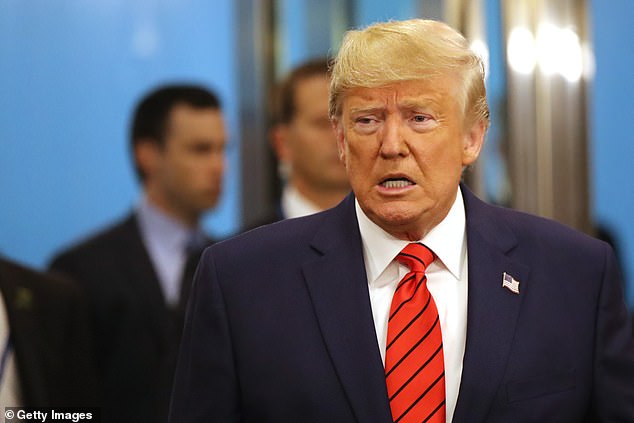 Sulzberger said Donald Trump hatred of the media’s coverage of him has caused the president and his administration to abandon defending a free press. He claimed an official at the U.S. Embassy in Cairo said, ‘What did you expect would happen to him? His reporting made the government look bad,’ when another Times reporter was deported from the Egypt airport

‘What did you expect would happen to him?’ Sulzberger remembers the official said. ‘His reporting made the government look bad.’

Trump often refers to media outlets as the ‘fake news’ and claims the ‘mainstream media’ covers him and his administration unfairly.

Even though he put an end to daily press briefings in March, Trump insists that he is the most accessible U.S. presidents ever. Senior officials cite both the amount of times Trump personally speaks to the press and his Twitter account as ways he keeps the lines of communication open between him and the media.

Trump claims to be an avid defender of the First Amendment – specifically freedom of speech.

While addressing the United Nations General Assembly on Tuesday, Trump warned a room of foreign leaders and a global audience that even ‘free nations’ are facing challenges to liberty through social media platforms.

‘A small number of social media platforms are acquiring immense power over what we can see and over what we are allowed to say,’ he said.

He also blasted the media sites – which is likely referencing Facebook, Twitter and Google – for ‘blacklisting’ voice that aren’t popular in Silicon Valley.