Mobile phone provider 02 has been forced to apologise after a blunder resulted in it charging customers up to £13 extra on their monthly bills.

In the past month, O2 customers have been left feeling baffled after discovering the charges which were labelled ‘Loyalty Discount’.

According to 02, the charges, which ranged from £3 to £13, were added so it could get its cash back for a loyalty discount given to customers a month longer than it intended. 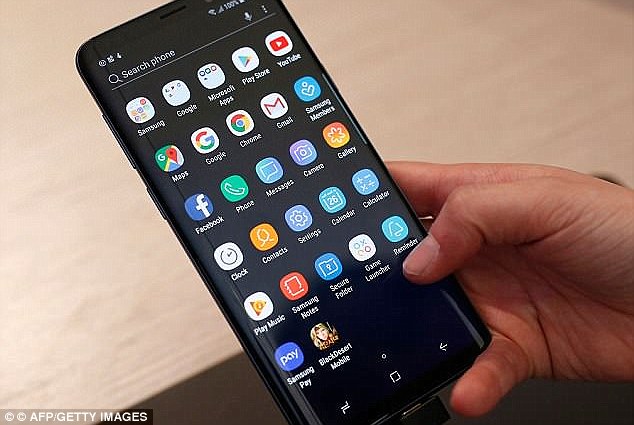 O2 told MoneySavingExpert it will write to affected customers to say sorry for any confusion –  and as a gesture of goodwill pledged to extend loyalty discounts for people staying on the same tariff for another 12 months .

Steve Nowottny, news and features editor at MoneySavingExpert, said:  ‘This is clearly an embarrassing billing blunder, although O2 have at least taken action to make it up to customers. But the wider message for anyone who’s outside their mobile phone contract’s minimum term is to check now if they can switch and save,’

‘The best deals are usually for newbies, and moving to a cheap Sim-only deal can save many £100s each year.’ 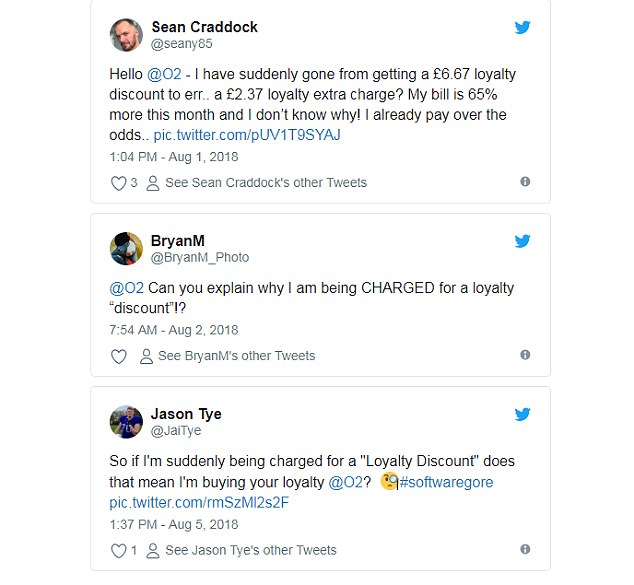 One O2 customer, who asked not to be named, said he noticed the bill increase following the end of his 12-month minimum contract.

He said he expected the cost of the contract to go up because his promo deal had ended.

He added he was surprised to see the extra charge, which appeared to be simply for staying with O2.’

The Sun reported O2 explained to one customer that their extra charge was as a result of their loyalty discount being out of contract.

‘This usually happens at the end of the contract when your loyalty discount ends,’ the company told the customer.

02 have not revealed how many customers have been affected.