Anger management, anyone? Oakland Athletics’ Roman Laureano furiously smashes up a water cooler in the dugout after his flyout with the bases loaded… while his team is blown out by the Chicago White Sox 10-2

During the fourth inning of their woeful 10-2 loss to the Chicago White Sox, cameras witnessed Laureano making amazing contact with his bat.

But instead of making contact with the ball at home plate, he made it in the dugout with the water cooler. Over…and over….and over….again.

Before unleashing his rage on the poor, unsuspecting cooler, Laureano had flown out with the bases loaded.

Oakland was still able to score its first run of the game during the inning, thanks to a sacrifice fly from Stephen Vogt.

Laureano was able to somewhat adjourn for his fly out later in the game after scoring a run, however the process that led to him doing so might have initially caused more frustration. 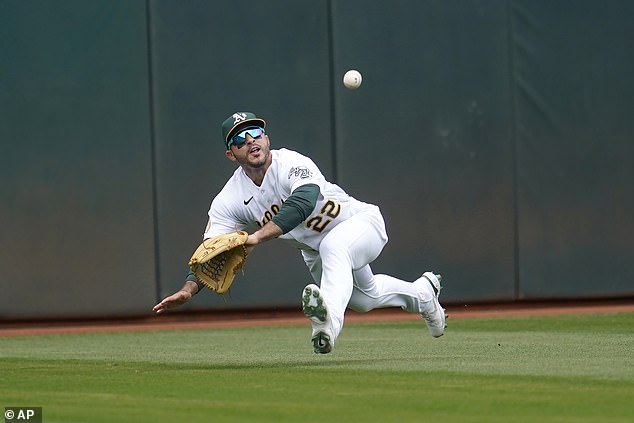 The As loss pushes their record to 50-90, which is the worst in the AL West. In fact, it is the worst record in the American League in general, with Oakland the only AL team to have been mathematically eliminated from the playoffs so far.

Chicago grows one game closer, however, to overtaking the Cleveland Guardians for first in the AL Central.

The frustrations of Oakland’s long, losing season may put further water coolers in danger if Laureano or his teammates continue to lose their cool as the season winds down. 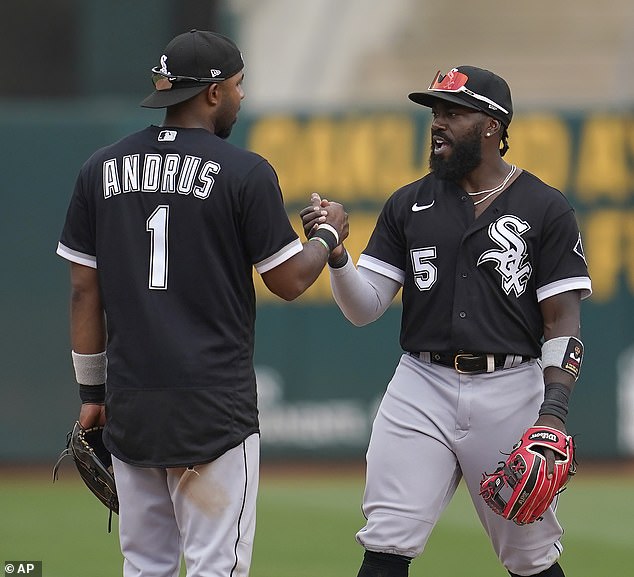